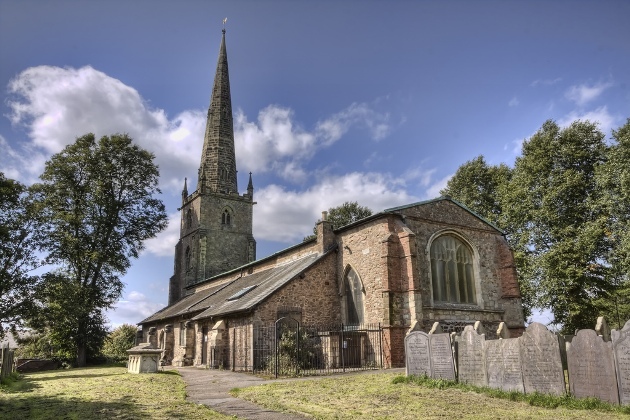 Whetstone church and its elegant spire

Whetstone in the district of Blaby is approx 5 miles SSW of Leicester. It is surrounded by the large villages of Enderby, Blaby and Narborough with a large ugly half derelict industrial estate on the road south to Cosby where originally Sir Frank Whittle built and designed the jet engine. Like the surrounding villages it has seen large housing projects over recent years which have increased the population to around 6,000. It has no real centre as such and relies on its very near neighbour Blaby for local shopping and some amenities. Blaby District Council seems to want to build as many houses as they can cram into their small district (the second smallest district in Leicestershire), in many regards they have spoiled the villages to the south of Leicester. 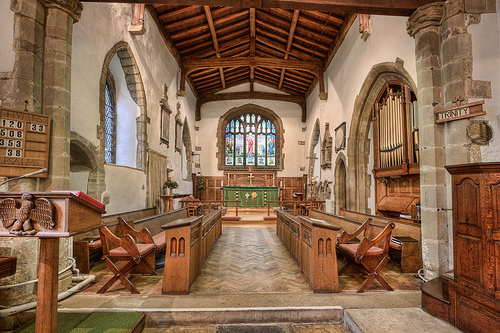 iew of chancel and east window

The parish is recorded in the Doomsday book and agriculture seems to have been its main occupation until the 18th century when framework knitting came to the village as in so many villages of south Leicestershire. In 1254 a Gilbert de Segrave held over 580 acres of land and a Mill in Whetstone. Later a Roger Wigston was owner of a manor at Whestone and his son William sold it (as well as land at Blaby and Countesthorpe) to the Rowlett family who were goldsmiths in London in the early 16th century. Later it was owned by Trinity College Cambridge and then in 1764 Harry Earl of Stamford is described as Lord of the Manor of Whetstone. Whetstone was originally a chapelry of Enderby but in 1867 it became a separate parish and a Vicar was appointed. 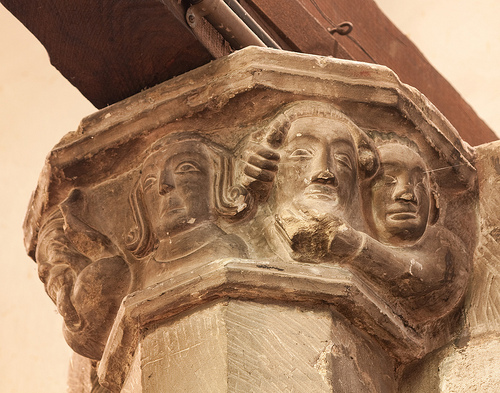 The church of St Peter sits a little way from the road and was built in 1335 according to the dated stone on a buttress east of the porch, which now sits in the new toilet, so makes interesting reading material. The church has a tower probably 14th century but totally rebuilt in 1856, it has a tall recessed spire (140ft) within battlements such as nearby Cosby but this is higher and can be seen for many miles. There are earlier remains in the fabric of the church that suggest a date of 1270, but there would have been an earlier church on the site before the present building. There is also a nave, chancel, south aisle and vestry. 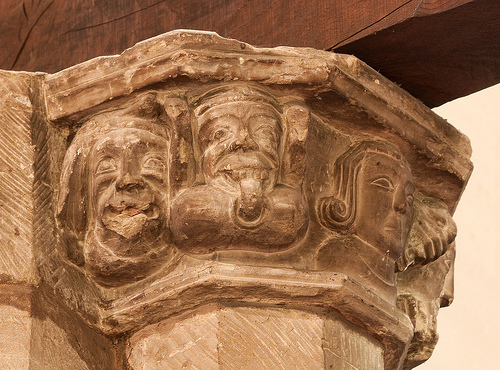 Entrance is via the north porch rebuilt in 1911 into the nave, in around 1500 the church was considerably altered, clerestory windows were added and the chancel arch removed although the two supporting pillars were left in situ. The carvings on top of the pillars are very interesting, we have a face with its tongue sticking out, and another of a man holding another mans head!
The rood beam of oak was erected in 1919, originally there would have been a rood screen and rood loft but these were removed likely after the Reformation. The east window was installed in 1935 and was donated by William and Hilda Herbert to celebrate their Silver Wedding. The Reredos around the sanctuary with the altar rails were given by Mrs Herbet in 1960. In the chancel area are three sedelia (seats) and a piscina from the 14th century. In the south aisle we have another piscina, and the glass window in the south wall was dedicated in 1933 and presented by the Mothers Union. 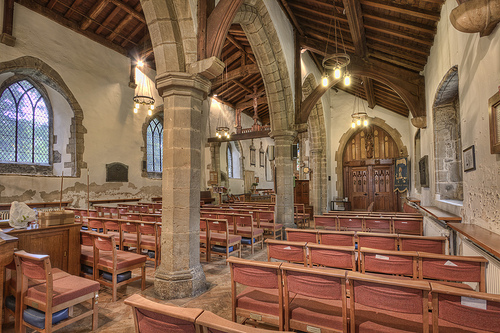 In 1856 the church the tower and spire were renovated, however in 1895 a severe storm resulted in the top of the spire falling through the nave roof and damaging the organ and gallery which stood at the east end of the nave. The gallery was removed and the church was closed for two years until August 1897. The top of the spire was renewed in 1947. The font dates from 1856 which replaces a slender based octagonal one.
Outside, the north wall is supported by brick buttresses, on the east side of the south door can be seen remains of a mass dial, these small etched sundials were used to show the time of mass. There would have been a small rod in the centre to create the shadow. There is also (as there is at many churches) deep scores in the stonework around the south door. Archery was practised in churchyards and these marks are thought to show where they sharpened their arrows. They could have also been used to sharpen knives and other implements. The church was perhaps the only stone structure in the village for many years. 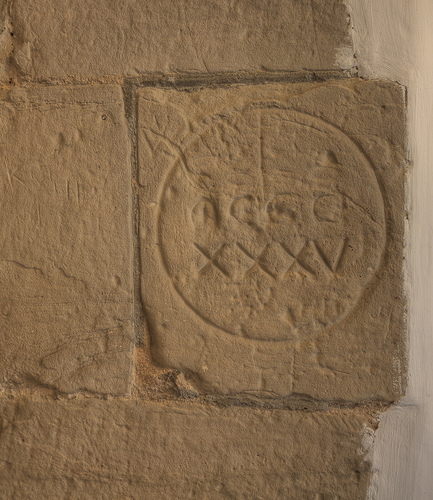 A rare founders stone dating from 1335

Whetstone church holds regular services and access is fine although it is usually locked. There is a link to further information below. I would like to thank the churchwarden for access and the excellent church guide by Ray Rampton which has helped immensely in producing the above information.