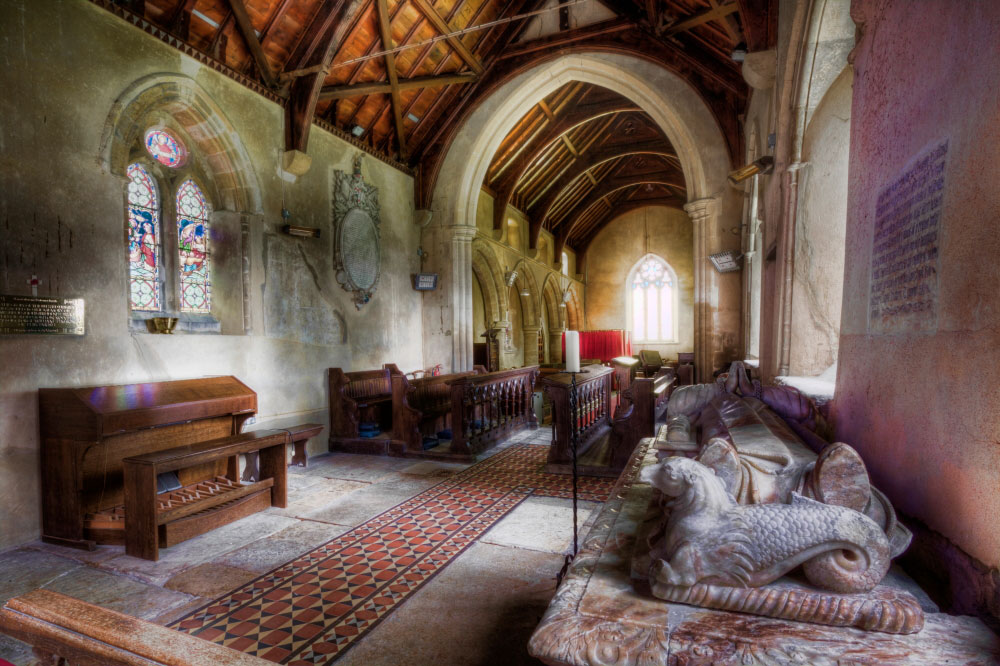 View across chancel to nave with Brudenell tomb on right

Stonton Wyville lies 11 miles south-east of Leicester in the district of Market Harborough. As with Cranoe and Glooston which are already in the Journal, this again is a very small village which forms part of the Gartree Hundred which was an administrative area dating back to 1086. 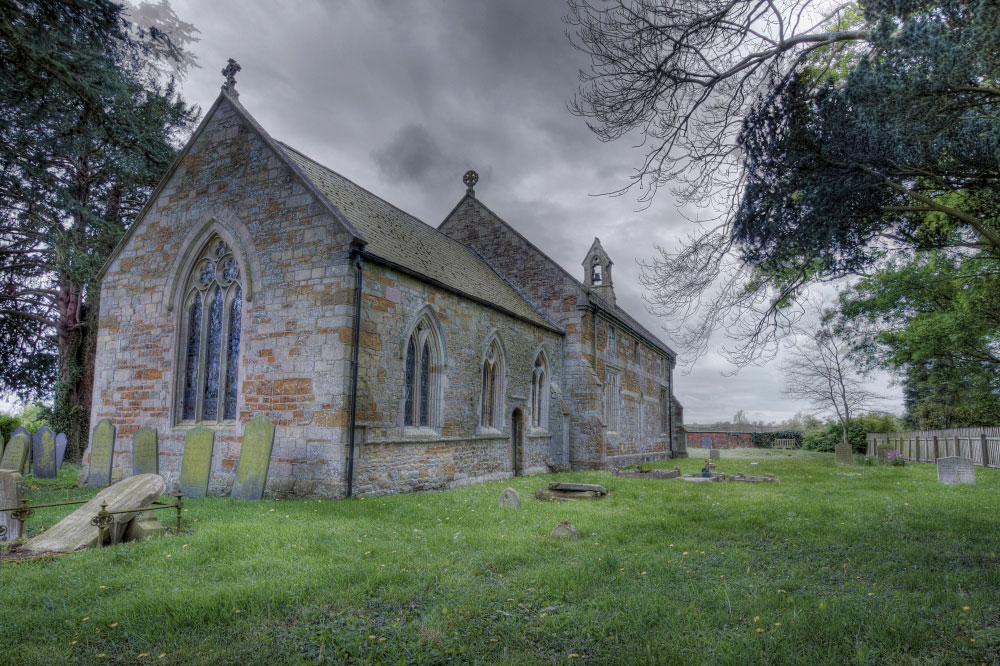 North side of church

There was a priest mentioned living in the parish in 1086 but the earliest parts of the church date back to c 1300. It is built of Ironstone rubble and limestone and consists of a chancel, bell-cote and nave. The south wall of the nave originally had a south aisle which four bays (now blocked) formed a arcade these date from the 13th century. The windows inserted into the blocked arcade date from the 18th Century when the church was much restored.

In 1863 Goddard’s of Leicester carried out restoration, which included new roofs for the Chancel and Nave, the south porch and nave walls were re-faced with ironstone and limestone. In 1951 the East Wall of the Chancel was rebuilt. 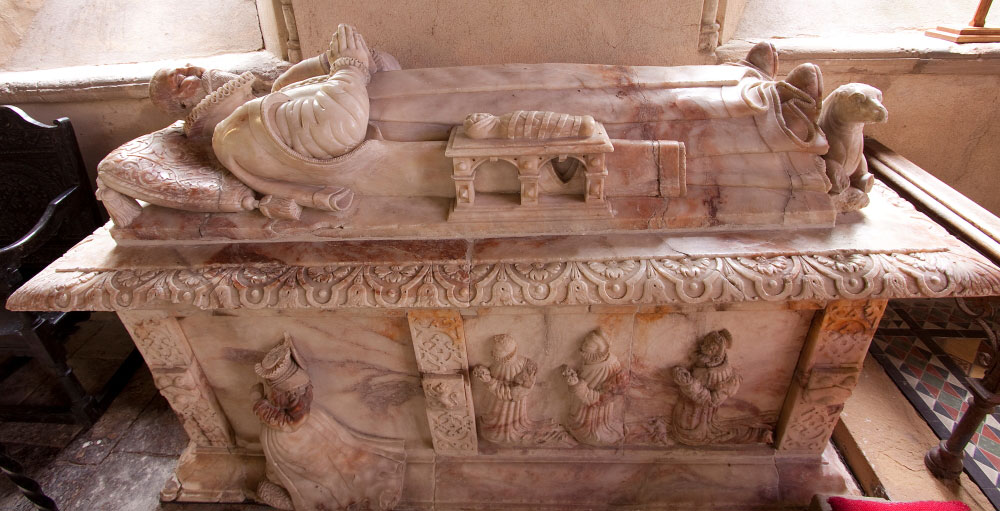 Brudenell tomb with relief of wife (headless) and children

The chancel holds a fine alabaster table tomb to Edmund Brudenell who died in 1590. The front panel has reliefs of his three children and wife (now headless). There are also other mural monuments to other Brudenell’s in the Chancel. The church was united with Glooston in 1931 and the rector lived there.

There are a small number of houses and farms in this very small village as well as a manor house and some earthworks. Population is approx 50 people, in 1821 it was 122 but as in so many of the villages in this area this has been decreasing.
Stonton Wyville was the earliest part of the Brudenell estates and in 1628 Thomas Brudenell was created Baron Brudenell of Stonton. 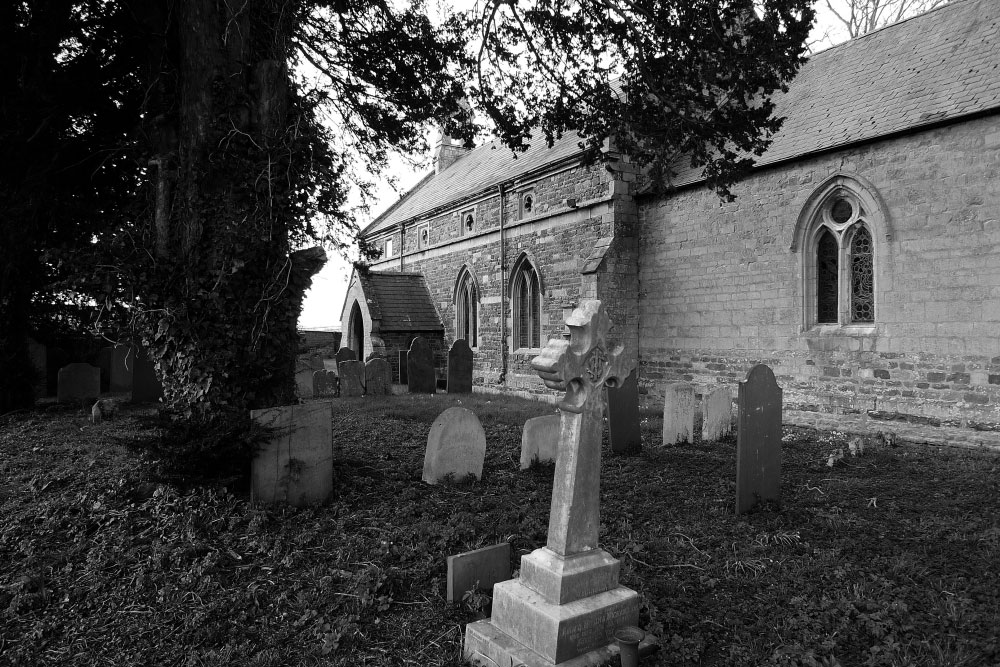 There is room to park near the church and you should have no problems with a wheelchair. I have been to this church twice and once it was open, this church is still cared for and looked after which is great to find. The church is very small but peaceful and the monuments in the chancel are worth a look as are the fine 13th Century arches in the south nave wall. I do like this church, set in glorious countryside in a very quiet village it is worth a visit. You could easily walk to Glooston and Cranoe from here and enjoy a pint at the pub in Glooston and then return.

Pot luck whether this is open or not, twice been open and once closed.