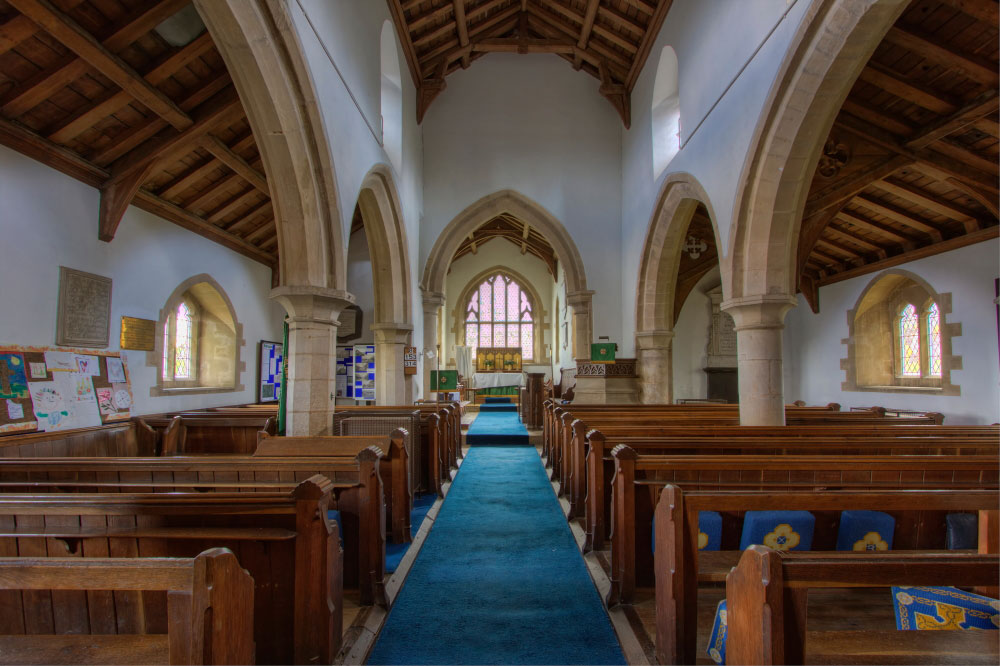 The nave and chancel at Ridlington

The village of Ridlington has some interesting recorded history. The manor was held in the 10th century by a West Saxon Queen as a ‘dower’, a gift from a husband to his wife as insurance on his death. In 1066 Edward the Confessor’s wife Edith held land here, and in 1086 its is recorded as being held by William I and it consisted of seven ‘berewicks’ or hamlets. These were probably Ayston, Belton-in-Rutland, Leighfield, Preston, Uppingham, Wardley and Wing. 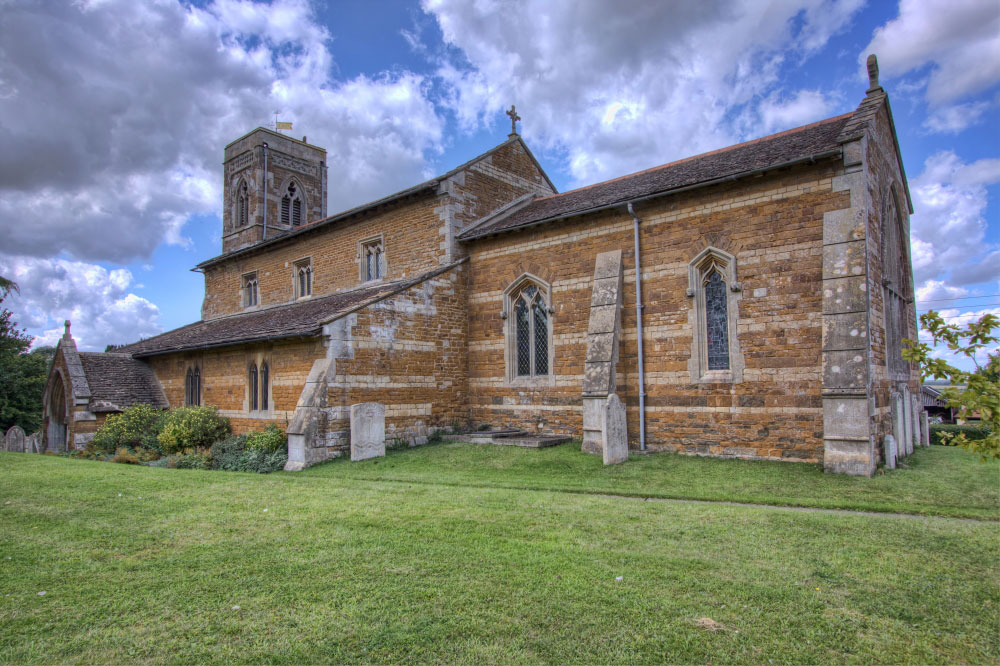 The church sits on some high ground, this view from south-east

William I passed the manor onto Henry de Newburgh, Earl of Warwick who then passed it on to the De Montfort’s. The area was heavily forested for many centuries and Henry I created the Royal Park of Leighfield Forest in 1227 and this park is mentioned until 1623. Before the Battle of Bosworth in 1485 a Francis St Martin held the manor supporting Richard III, he fought at the battle but he lost the manor to Sir Richard Edgecombe who was on the winning side of Henry VII. It then passed through various families including the Symmys and Harington’s. The baronetcy of Ridlington is still in existence and is currently in the hands of the 14th holder. 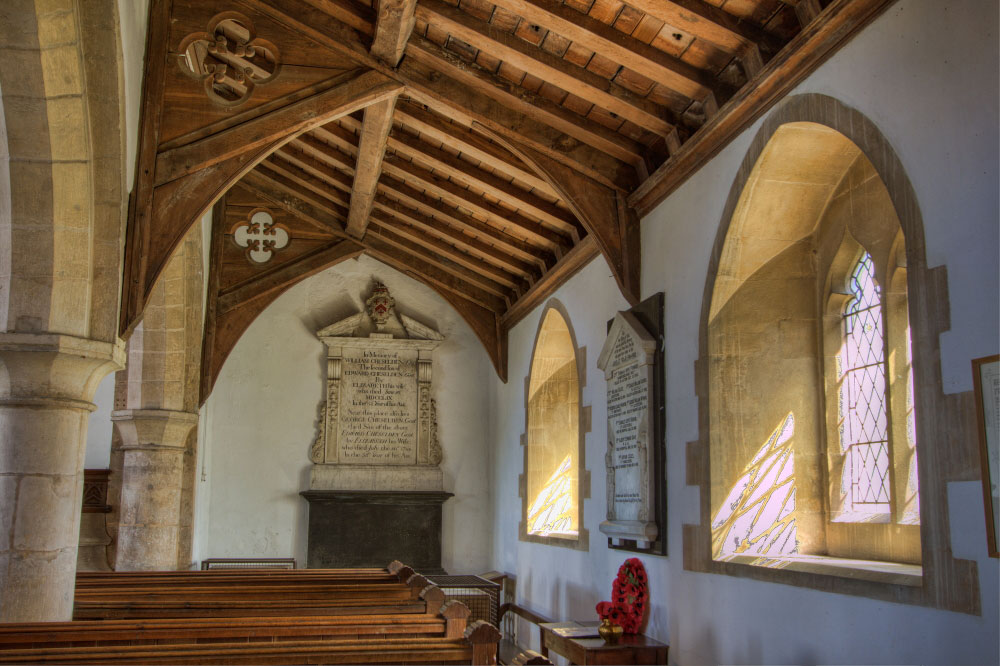 The south aisle rebuilt in 1860

The village today has a population of around 200 and is 2 miles north-west from Uppingham and some 17 miles from Leicester. It is a pretty village with many small streets and plenty of honey coloured stone cottages.
The church of St Mary Magdalene & St Andrew consists of a odd looking west tower, nave, north & south aisles, and chancel and most of the building dates from the 13th-14th centuries. Originally a bellcote was intended for the west tower, but the tower took its present form in the 14th-15th C. In 1903 the top half of the tower was repaired, there is a plaque on the outside of the tower wall commemorating this event. The chancel arch and aisle arcades are all 13th century, there is a Norman tympanum in the west end of the south aisle above a door (not in situ). This depicts a winged animal (probably a Griffin) and a lion facing each other with rope moulding around, it is a very nice piece. 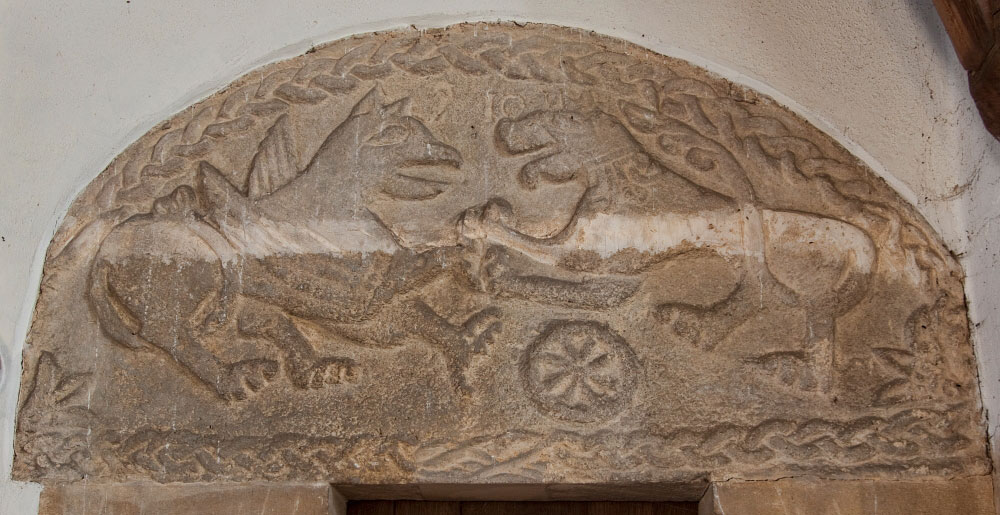 The Norman tympanum depicting a grffin and lion

The church was ‘Victorianized’ in 1860 by a Henry Parsons of London. He rebuilt the aisles and chancel andreplaced all the fittings so little before this date remains. In the east end of the north aisle is a very good historical display on the history of the church and village and there is also the remains of a rood staircase which would have led up to the rood loft. The font dates from the 1860 restoration, the original Norman font lies in some garden nearby. There is a memorial on the north wall of the choir stalls to Sir James Harington who died in 1613. There is also a memorial to the Cheseldens where several are buried in a family vault under the south aisle of the church, these were a notable family throughout Rutland and Leicestershire. 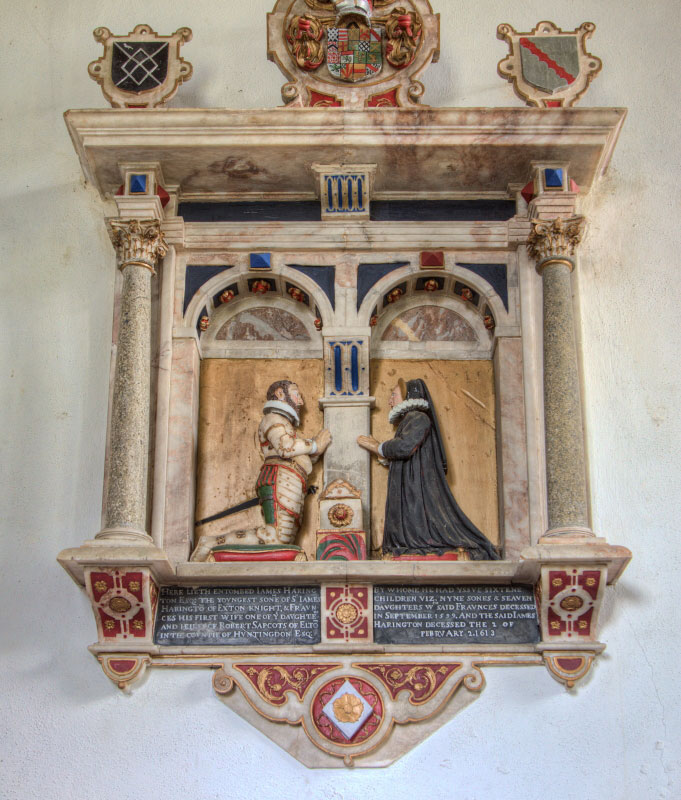 There is a display of old musical instruments at the west end of the nave. These belonged to John Thomas Scott who was born in 1870 in Ayston. There are four oboes, a flute, a bassoon (dating from 1795) and a violin.