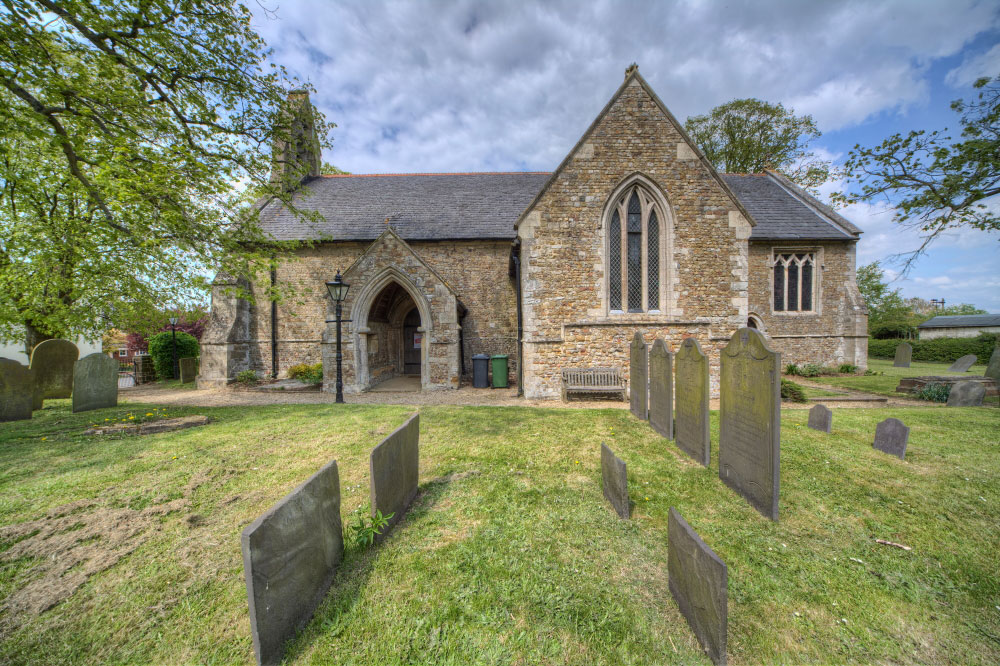 With a population of over two hundred, Mowsley is a small rural village some eleven miles south of Leicester. The name may derive from ‘Muslai’ meaning ‘mouse infested field’, not a site I would have planned to put a settlement on but in ancient times they did. Mowsley was a chapelry in the ecclesiastical parish of Knaptoft, but this was de-populated by the 16th century and Mowsley became its own parish. Like Laughton its neighbour, the village is sited on high ground (highest point 550ft) whilst falling away to the south. 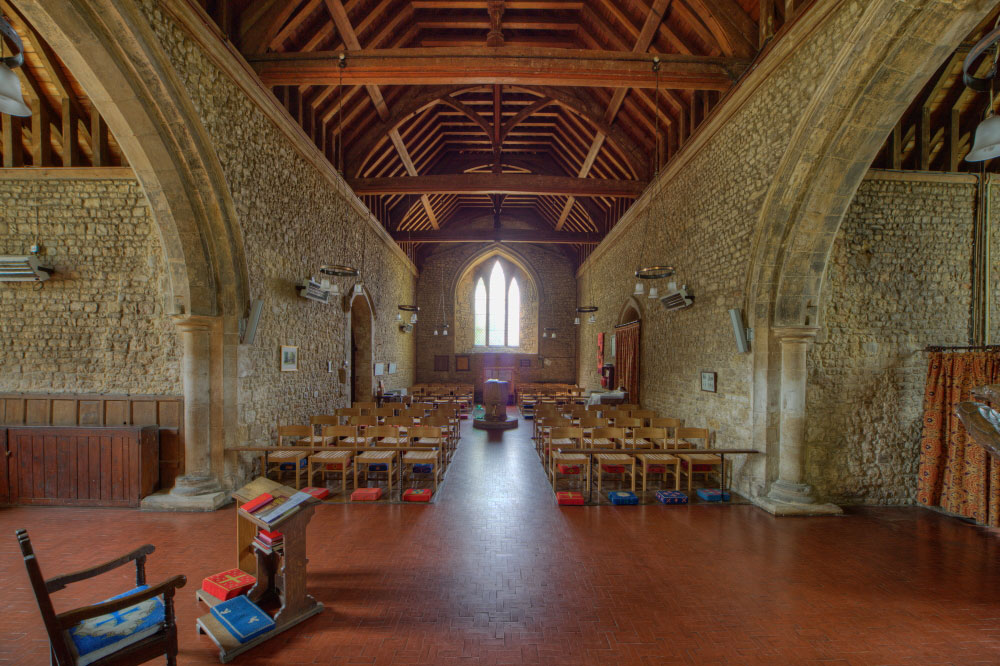 View of west window and nave. The roof dates from the Victorian restoration 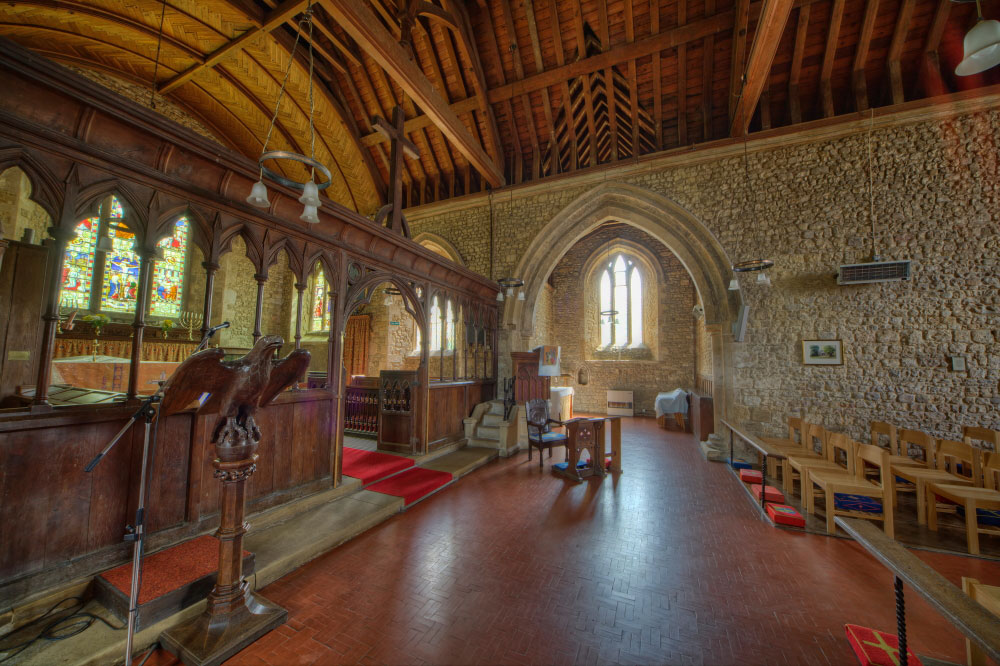 Rood screen to left and archway to south trancept

The Horton family had settled in Mowsley by 1345 and they were still evident in the village in 1909. A Joseph Horton between 1761 & 1768 cut his sons out of their future estate with a shilling each and left all his money to a nephew who then squandered it. The last of the Hortons left Mowsley in the 1980s.

The church at Mowsley dates to the 13th century and unusually nearly all of the main fabric dates from this period. St Nicholas consists of a bell-cote, nave, north & south trancepts, chancel and south porch. This church is in a cruciform plan and the walling is of coursed rubble and limestone dressings. 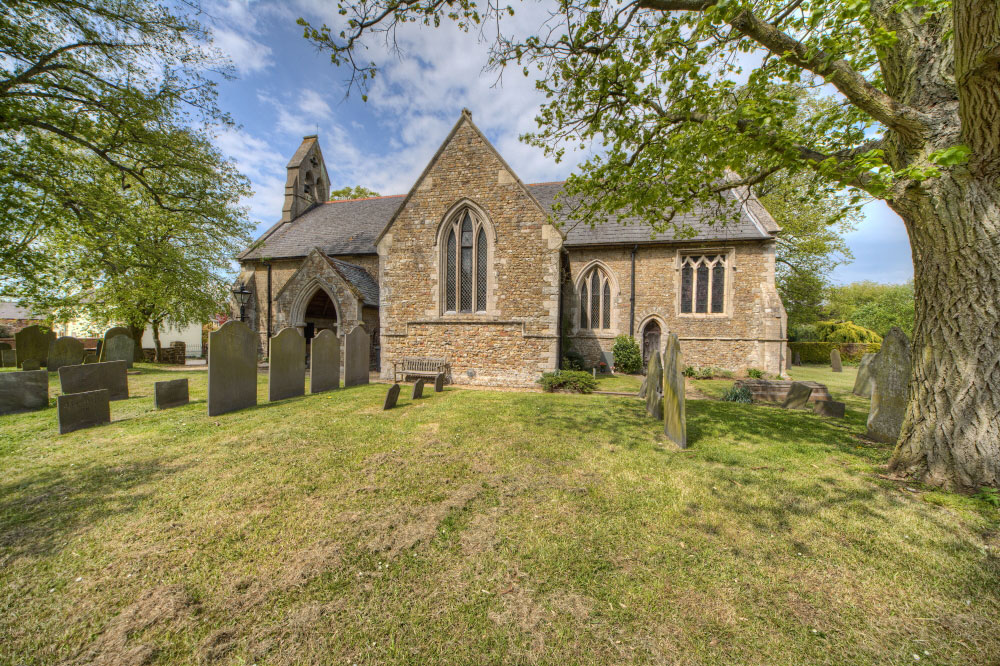 There is a large piscina in the chancel and two smaller ones in the north and south trancepts where chapels would have been sited. The font is octagonal with simple decorated panels, each containing a trefoiled arch in low relief and dates from the 14th century, it sits on a later plinth. The Revd P. Wilson repaired the entrance arch of the south porch in 1854 and he erected a new bell-cote in 1859. From 1882-83 the architect J. L. Pearson completed a restoration at the church. The walls were stripped of plaster, the roof was replaced and external walling repaired. The flooring was gradually re-laid in three stages, from 1893. 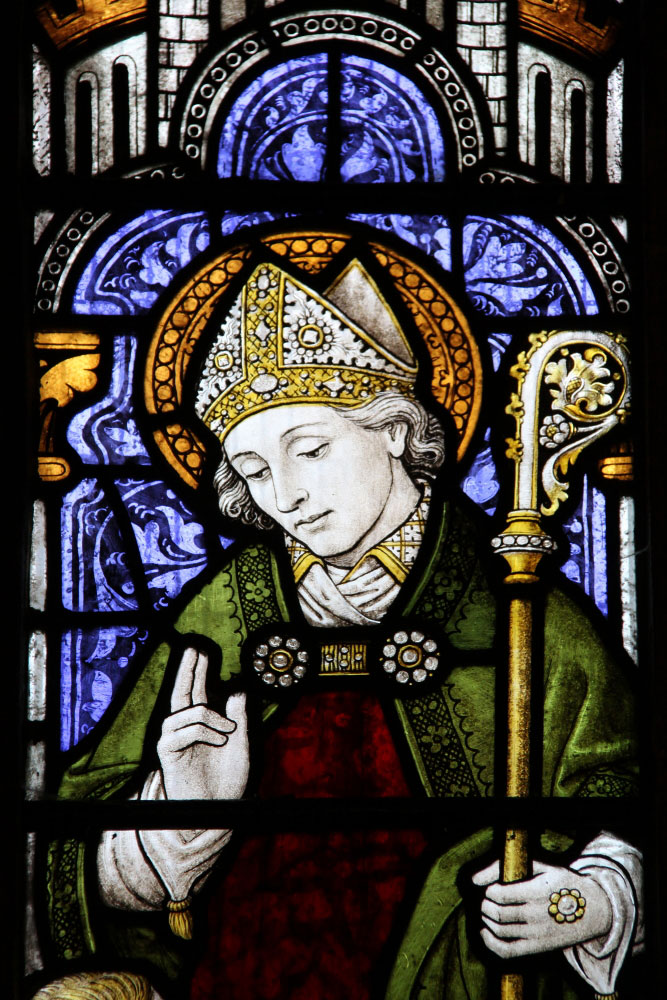 The church interior is rather plain with no memorials as such but with its cruciform shape it is unusual for Leicestershire and is well worth a visit. The village is pretty and there are good walks and other open churches nearby. The church is however locked outside of normal services but there is key-holder information in the porch. There is also a pub in the village for refreshments.

I have had this update from John Lacey Chairman of Mowsley Heritage Society;

Re the manor(s) – Mowsley at Domesday had two manors and part of the parish appears to have come under Knaptoft manor. The two Mowsley manors subsequently became one with the Brabazon family at one time being lords (from who are descended the Earls of Meath). I would be very interested to know more about the links with the Earls of Warwick and the collegiate church of St. Mary’s in Warwick – I suspect these are linked with Knaptoft not Mowsley. Also the Manners family (Dukes of Rutland) were lords of K not M.