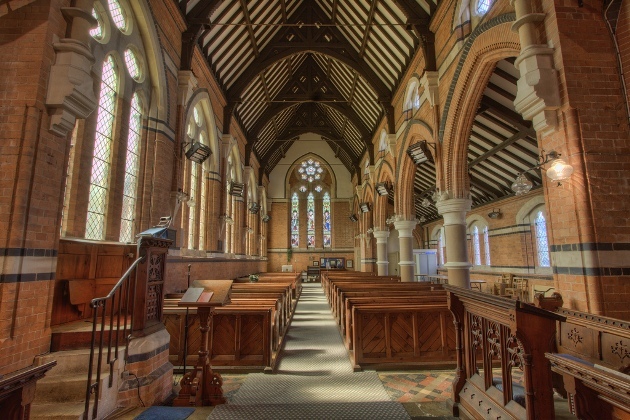 Ten miles southeast of Leicester is the small pretty village of Tur Langton. The name is derived from the Anglo-Saxon word for an enclosure, meaning ‘long town’. For a long time it was part of the parish of nearby Church Langton and the ‘mother church’ there. However Tur Langton had a chapel which is first mentioned before 1162 and was built by the Maunsell family who were lords of the manor. From 1220 onwards like Thorpe Langton the chapel was served by the mother church at Church Langton. 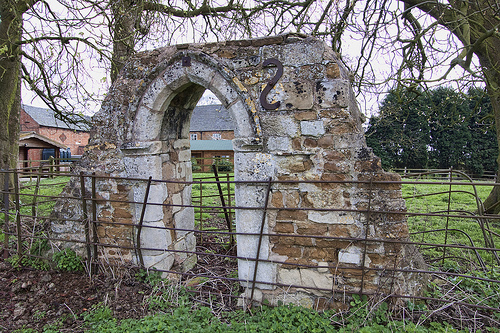 During the 16th & 17th centuries there was a resident chaplain at Tur Langton but by the 18th century this had lapsed and a curate from Church Langton would have taken the services. In 1791 the chapel consisted of a nave, chancel, south porch and a west bell-cote with two bells. Although it was reported to be a ‘wretched structure’ in 1832 it was still being supported by the parishioners until the new church was built. In 1866 the medieval chapel was dismantled and all that survives now is a portion of the north wall and doorway. This can be found to the west of the village near to the manor house, there is a public right of way which takes you by it and I have marked it on the google map below. There is not much to see but if you are walking it makes an interesting detour. The original church perhaps would have been very much like the current church at Shangton. 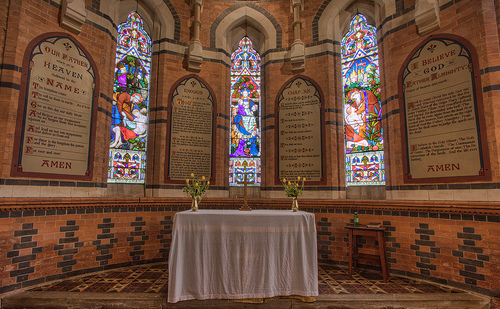 In May 1864 the Hanbury Charity Trust decided to restore the three Langton Churches and the work was given to the Leicester Architects of Goddard & Son. Sir Charles Isham donated land for the building of a new church and Joseph Goddard (1840-1900) was the chief designer. He became Leicestershires leading architect in the 19th century and we have come across Goddard’s work in many Victorian renovations and rebuilds. 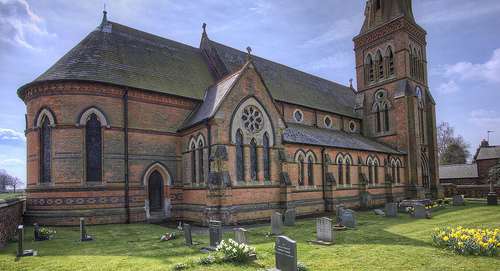 The earliest designs were for a two aisled structure with a slight transeptal projection on the south side. These plans were then abandoned and the present church built. St Andrew’s is important as the most advanced design of its time in the county and after Leicester’s St Andrew is the most striking example of High Victorian church building in Leicestershire. St Andrew’s built in 1865-6 is entirely built of red brick with contrasting blue-black bricks on the buttresses and in the hoods of the arches. There are also lobed bricks used in the arcade arches. The view of the south side is very striking from a distance with the large three light windows and contrasting red and blue-black brick design. The apsidal sanctuary leads around to the north side which faces the village street and has smaller detail. Inside we have a north aisle, nave, organ chamber, small vestry and sanctuary. The large west broached tower is also made of red brick. There have been no modifications since 1866 and all the fixtures and furnishings are original. 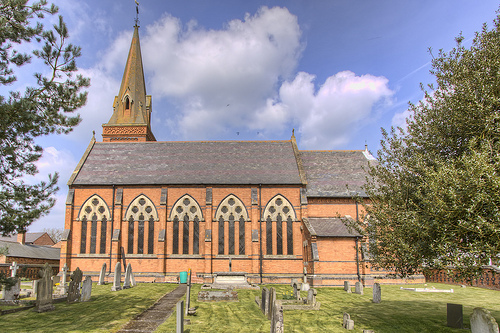 The fine south view with the large three light windows.

Joseph Goddard went on to design the Clock Tower in Leicester (1868), the bell-cote at nearby Stonton Wyville (1869) and Glenfield church in 1876-7. Between him and his father they have left an enduring imprint on the Victorian architecture of Leicester and the county and on the many churches they renovated in the period. Although many people (including myself to a certain extent) deplore the ‘Victorianization’ of the many medieval churches that were renovated some did require urgent attention and they did what they thought was best for these buildings.

So this is where Harry ended up?

I like St Andrews it is an impressive piece of Victorian church architecture and it is especially fine from the south side. There is parking outside the church but it is usually locked. There is The Crown across the road for refreshments and there are plenty of walks around the ‘Langtons’ and nearby villages for you to enjoy. I would like to thank the churchwarden for her valued information and showing me the remains of the original medieval chapel.