Tilton on the Hill St Peter 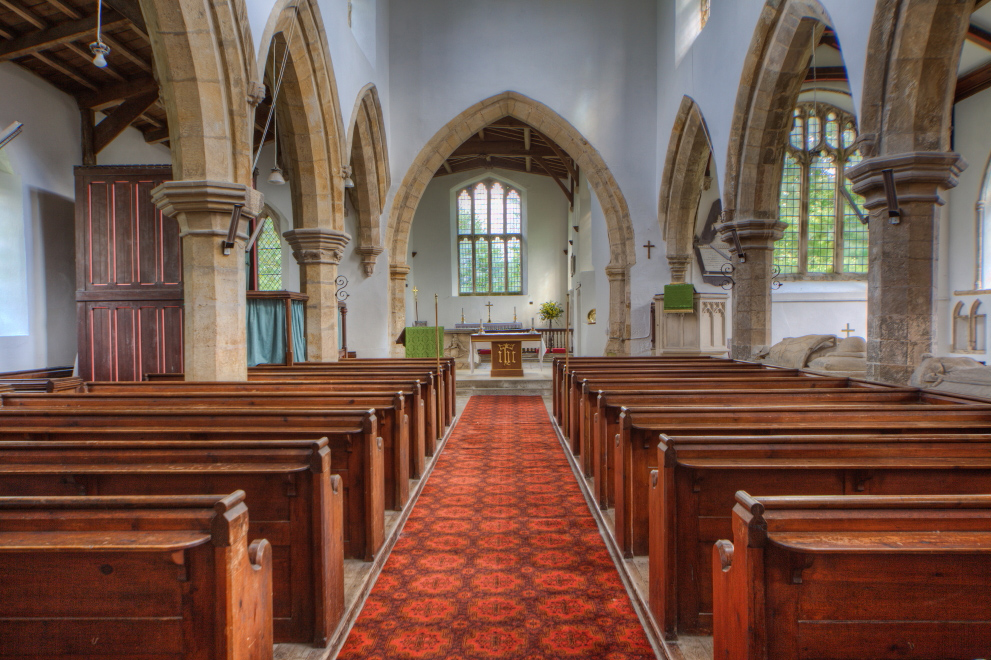 The nave view to the chancel, you can see the two early monuments under the arcades

With a population of around 450 Tilton is approximately 10 miles east of Leicester in some fine Leicestershire countryside. The village is sited on some of the highest ground in Leicestershire at 719 feet above sea level. In the Domesday Book survey of 1086 there was a priest so it is highly likely a previous structure church stood on the site. There is also evidence that the village is sited on a Bronze Age crossroads. The earliest remaining fabric dates to the Norman period of 1180, this is at the base of the tower and also the west end of the chancel with the priest’s door. 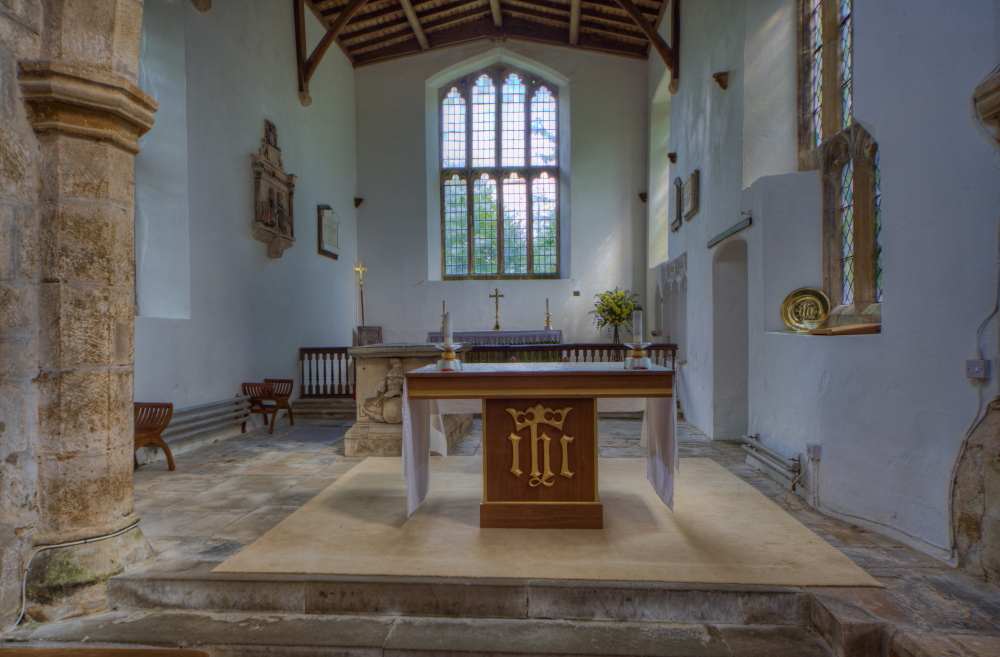 In the 13th century a grand south aisle was added, this may have been added under the patronage of Sir John Digby whose effigy and that of his wife lie under the arches of the south arcade. The aisle may have originally been built as a ‘chantry chapel’ where a priest or lay person would have prayed for the dead perhaps every day on the bequest of the late lords of the manor. Sums of money were left for these ‘chantry’ chapels to be built. 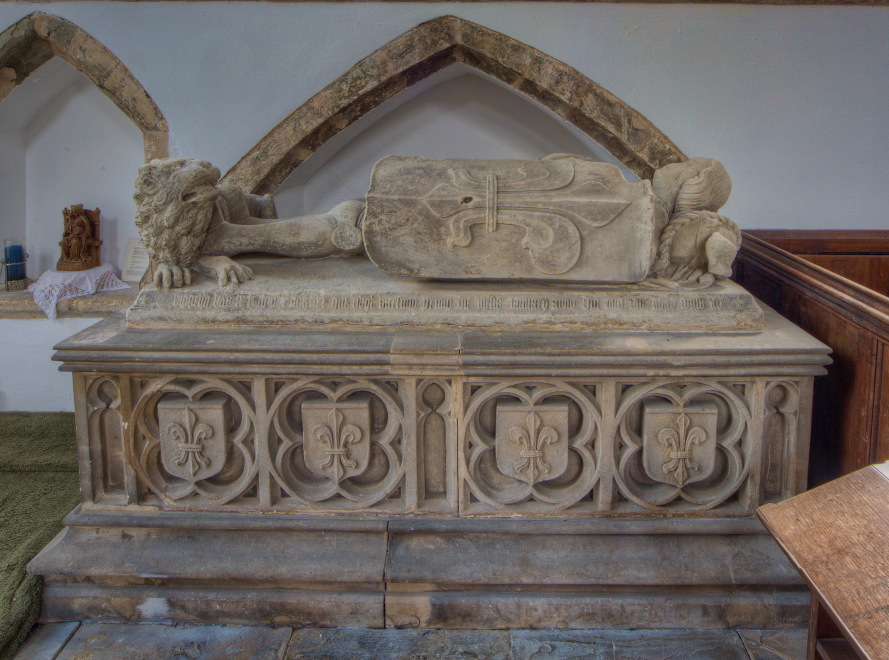 The south aisle still retains three of the original windows in the south wall, and it also has a piscina coupled with a aumbray (used to store chalice and other vessels for Communion). It is recorded that the chapel was dedicated to Our Lady. The north aisle dates to the late 13th century, but this changed the alignment of the nave with the chancel and tower. Why this was done is not known but it may have been completed to buttress the tower. In the 14th century the tower gained a spire and new windows were installed in the north aisle. 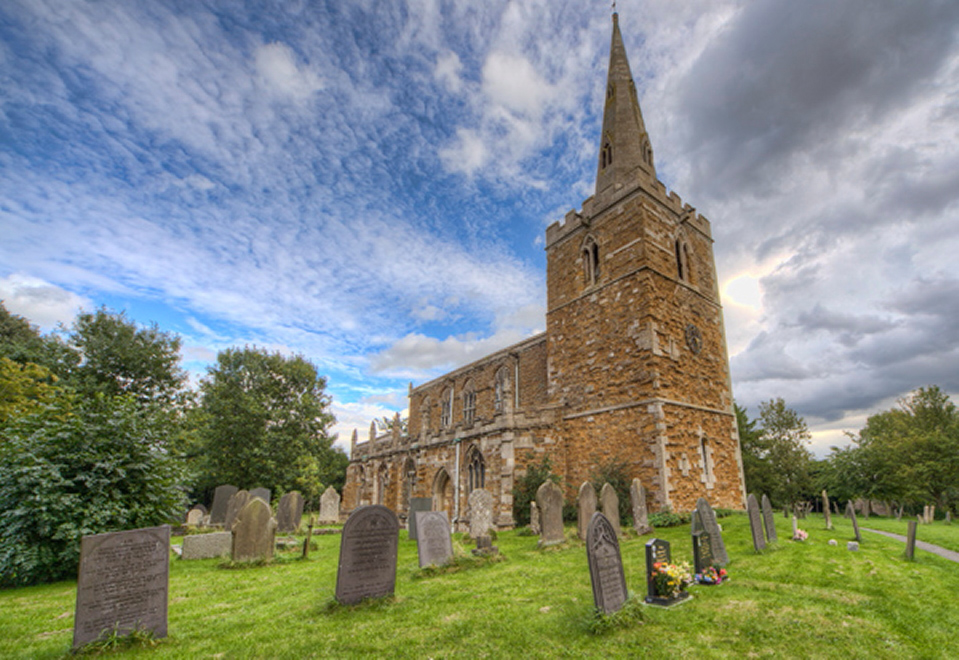 Tilton on the Hill church

Late in the 15th century the fine clerestory was added and a new east window inserted in the south aisle. These and other alterations may have been completed under the patronage of Sir Everard Digby whose tomb dated 1509 is in the south aisle. In 1854 a restoration took place, the gallery in the west end of the church was removed and also a chancel screen. There was a new floor laid and roofs were replaced. All the pews and pulpit also date from this restoration and the organ dates from 1869. The gargoyles are supposed to represent the devil and the seven deadly sins, and there are some interesting other carvings around the church. The font is Norman although the base is later. There also remains of a medieval cross in the southern part of the churchyard near to the porch.
The church is in a very attractive position but parking is a problem around the church. The church is usually open and the pub across the road is a good place to stop for a bite to eat and a drink.