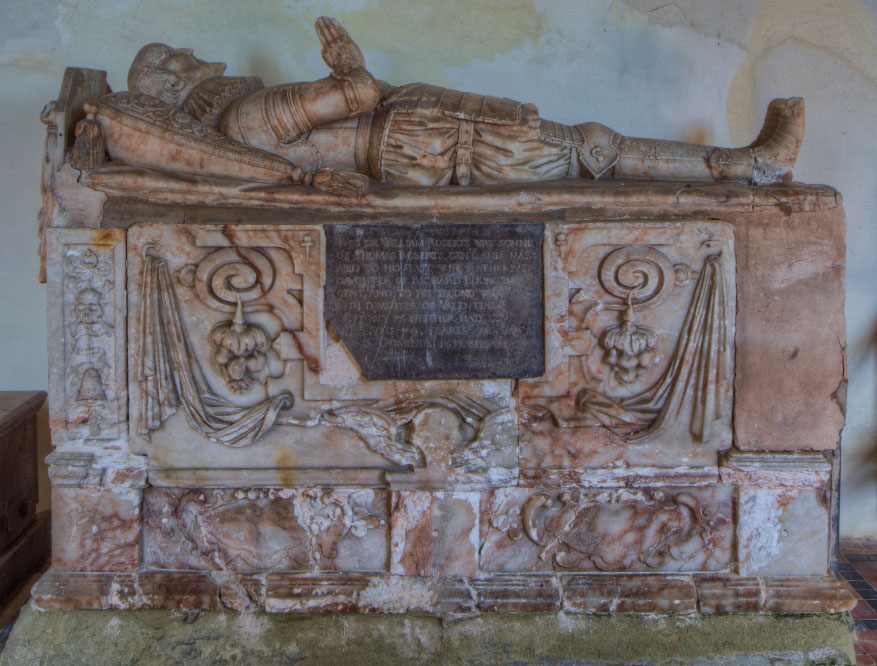 Sutton Cheney monument to William Roberts who died without issue

This pretty village has a population of around 550 and is 14 miles west of Leicester and very near to the Battle of Bosworth which occurred in 1485. There will be a section on the battle added to the site soon – in the meantime I have added a link to Bosworth Battlefield site further down.
Before and after the Norman Conquest the major part of the manor (including a windmill) was owned by the Abbey of Croyland in Lincolnshire. A later rich tenant farmer named Chainell looked after the Abbeys land and this gave rise eventually to its modern name of Sutton Cheney.
By 1279 the village had three distinct manors of Verdon (Theobald de Verdon), Hastings (John Hastings) and Croyland. The Hastings manor passed to a Gilbert de Houby in 1292. By 1564 there were 25 families living at Sutton Cheynell, an Elizabeth Beler, daughter and heir of Anthony Houby, was married to James Beler of Kettleby. In 1630 the freeholders were William Roberts (knight), Richard May, William Drakeley and John Swinfen. Sir William Roberts had a manor house at Sutton and he founded a hospital for six poor people and endowed it with 30 pounds a year. The charitable building built of stone is still there today to the east of the church as a pretty private dwelling. 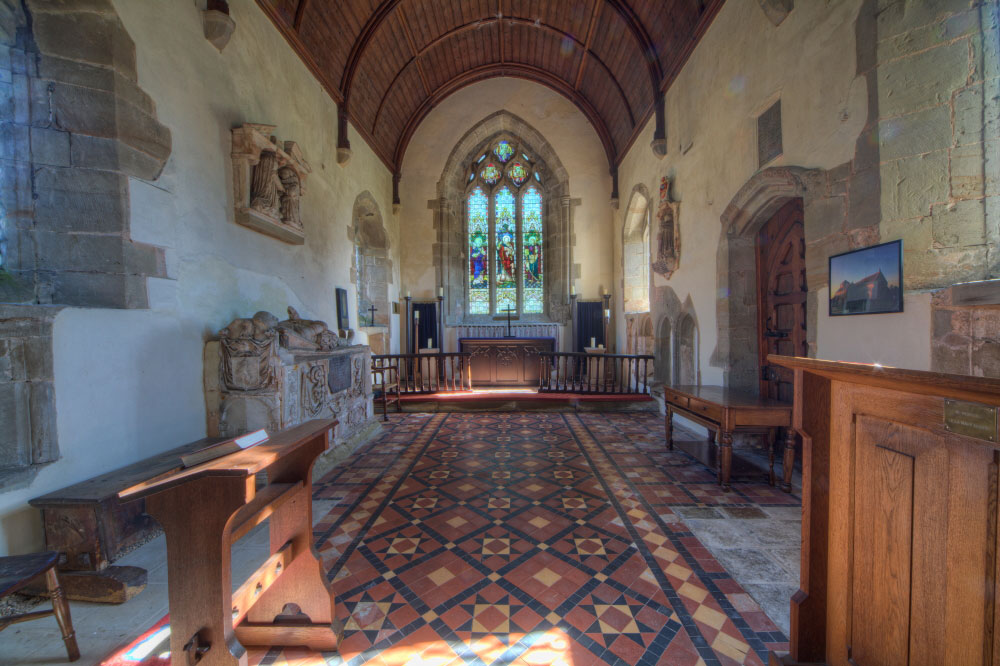 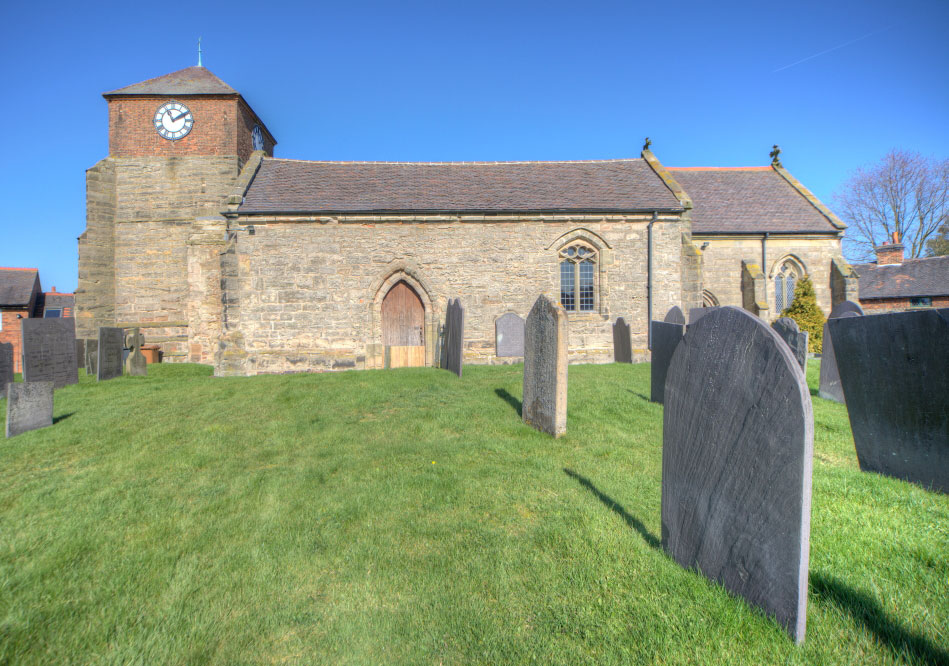 The gabled south aisle and the low tower today

The church of St James mostly dates from the 14th century and probably replaces an earlier church on the site. The church consists of a low west tower, nave, chancel and south chapel. The circular arcade dates to the 13th century, the low west tower has a brick upper stage which was rebuilt in the early 19th century. The font is probably 14th century.
There is a monument to William Roberts who died in 1633 a recumbent alabaster effigy. He lies in armour with his two wives, one kneeling at his feet. The inscription reads; “here lyeth interred the body of Sir William Roberts, who in his life-time, being devoted both to hospitality and charity, among other memorable works erected, out of a pious mind, a hospital for six poor men adjoining the churchyard and endowed it with 30 pounds worth of land yearly for their maintenance for ever”.
On the other side it reads, “Sir William Roberts was son of Thomas Roberts and married to his first wife Katherine, daughter of Richard Elkington, and to his second wife Elizabeth, daughter of Valentine Hartopp; but by neither had issue. He lived 79 years and died Feb 24 1633.”
The tomb seems to have suffered some damage but is still an interesting piece. 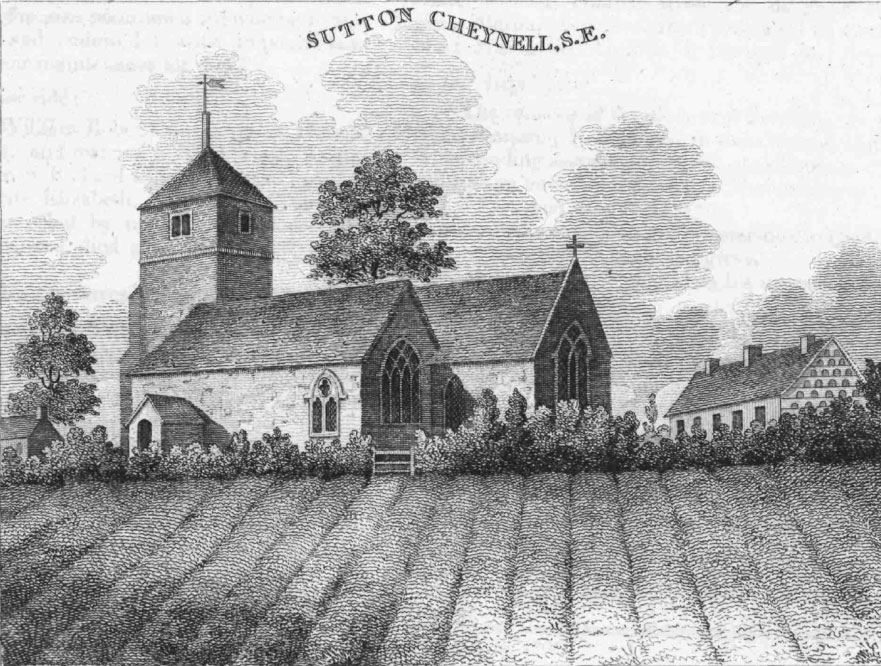 The church has been restored but it still has enough items of interest to make it worth a visit. It has some box pews and of course the tradition that Richard III heard his last Mass in this church. The Richard III Society holds a commemorative service here each year on the Sunday closest to the anniversary of the battle. Many of the needlepoint kneelers in the church are the work of members of the Richard III Society, in England and abroad. 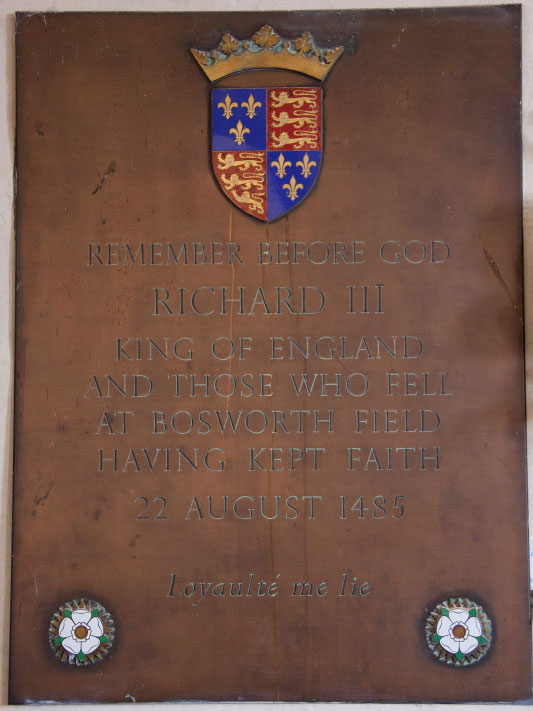 There was (and perhaps still is although I could not see it) a headstone to the mathematician Thomas Simpson in the churchyard who died in 1761. “The remains of the Bosworth Prodigy, Thomas Simpson, F.R.S rest in this churchyard. After rending asunder the fetters of indigence, he arose to an envied eminence as a Mathematician and died A.D 1761.”
He was born in Market Bosworth the son of a self-taught weaver, he was expected to follow his father’s footsteps but after viewing the solar eclipse in 1724 he turned to mathematics. He became a lecturer in the coffee houses of London and wrote several important texts.
The church’s tower is unusual and it can be seen from the engraving from the 1790’s that the original tower was higher. The church is usually open at weekends and there is a great pub  just across the road called the Hercules which has a very interesting history and I attach a link to the historical data.

The church at Sutton Cheney is normally OPEN. You can contact the church by following the link here
View Leicestershire & Rutland Churches 01 in a larger map
Hercules History