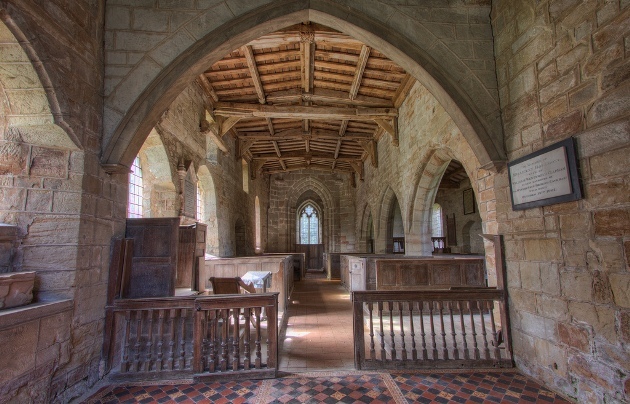 This church is now in care of the Church Conservation Trust

This very small hamlet of around 36 people (according to the 2001 census) originally was in Derbyshire, when the county lines were redrawn in 1897 it then ended up in Leicestershire. It is approximately 7 miles south-west of Ashby de la Zouch and some 19 miles west of Leicester. Mentioned in the Domesday Book as ‘Stretone’ and belonging to Henry De Ferrers (we have met him before on our travels) the church is mentioned in about 1240 when a William de Stretton (brother of the lord of the manor) held the rectory. 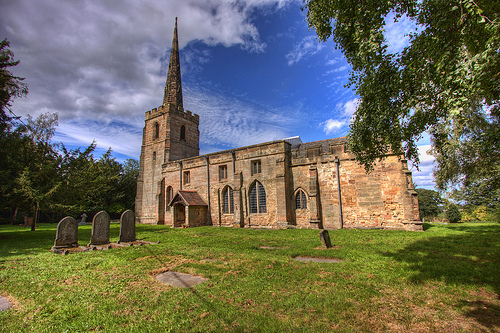 Not much of the church survives from this date apart from perhaps the south doorway to the nave. Most of the fabric of the church dates from the 14th century apart from the tower which dates from the 15th. The church consists of a west tower with recessed spire, nave, chancel and north & south aisles. Built of local sandstone the church is now looked after by the Churches Conservation Trust after falling into a sad state of repair by the 1970’s. In June 1986 the Trust took over care of the church and completed the urgent repairs it required. 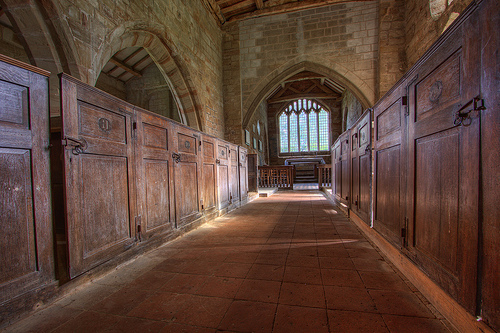 Low shot of the nave towards the chancel, the false chancel arch can be seen here

In the 16th century the clerestory windows were added to the south side with the mullioned windows. Below these are the large arched windows with the unusual split mullion design. These were probably altered in the 18th century. Further alterations were made in the 19th century and some of these are very curious. The chancel roof was plastered and the roof lowered which cut off the top of the east window, and if you examine the chancel arch closely you will see it does not match the stonework around it. That is because it is a wooden structure and then stuccoed to make it look like stone, in fact it is hollow. After this the church had little alteration so the usual zealous Victorian restoration passed the church by, which has left us with a largely untouched church from the 18th century with box pews and all. 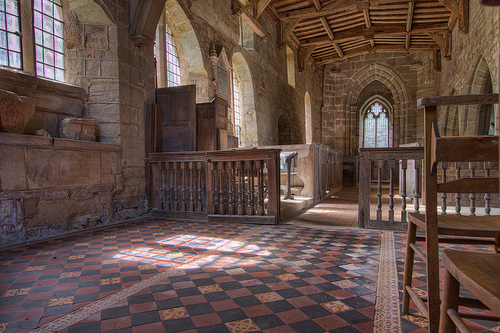 Another view across the chancel to south walls and west tower

The Cave-Brownes who owned the manor and Hall (now new housing by the church as the house was demolished sadly) did not seem to show much interest in the church in the 19th century even when three of them were the actual rectors and it fell into disuse and neglect.
Then in 1889 the spire was rebuilt and in 1911 there was a restoration by a Christopher Spalding, the chancel ceiling was probably removed at this time. There are remains in the churchyard to the south-east of the original top of the spire. 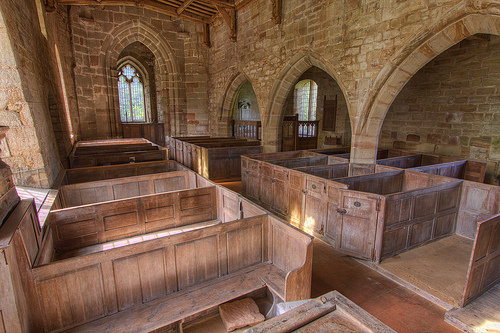 View from the pulpit across nave to north aisle, fine box pews

In the north aisle there are some items of interest, at the east end under the window is a badly mutilated tomb thought to be the 14th century rebuilder of the church. In the north doorway now filled is a alabaster slab to a Richard Savage and his wife Agnes, 1489, mutilated and badly worn. The finer slab on the floor showing a priest vested is in better condition and it is probably their son Walter Savage who died in 1518. The octagonal font with tapering bowl is dated to around 1660 whilst the cover is a memorial to a vicar who died in 1927. There are a few memorials in the chancel and the west end of the north aisle. 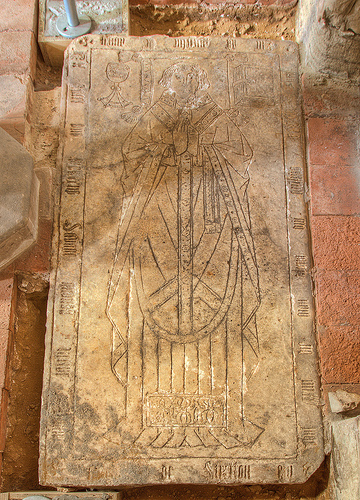 This church has some interesting features but it seems a lonely empty building that left me feeling rather sad. Its days as a living church are now gone and all we have is this shell of a building that still has beauty but now sits and waits for the odd visitor to pass through the door. This church should be visited it is open every day so you can gain entry to see for yourself this church. The Churches Conservation Trust has over 300 churches in their care view their website below for further details and times of opening.