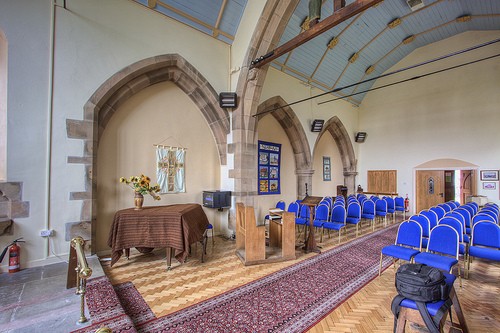 Some 8 miles north-west of Leicester and a couple of miles north-west of Thornton lies the village of Stanton under Bardon. It is tucked away off the main roads and seems rather a secluded village. The village is in the Domesday book and recorded as Stantone at the time, the ‘ploughlands’ in Stantone were ‘held of the king’ by a Goisfrid de Wirce.
Of course the village lies to the south of Bardon Hill, and in 1285 the name of the village had changed to Stanton subtus Berdon. Earlier in 1148 a William de Harecourt gave the lands of the village to the abbot at Garendon. This Cistercian Abbey was founded in 1133 by Robert Earl of Leicester near Loughborough. It held many lands around north-west Leicestershire but by 1536 when it was dissolved it was a semi-ruinous state. It had a interesting history which I hope to return to at a later date. 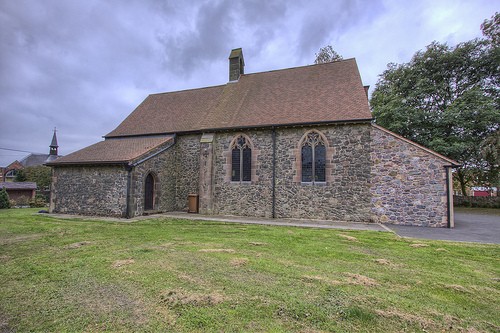 View of north side of church

Anyway I digress, so back to Stanton. There was a chapel at Stanton described in 1622 as belonging to Thornton it had probably been there for many years before this date. I expect that Stanton’s chapel used Thornton as its ‘mother’ church and the priest from Thornton would have held services in the chapel. The chapel was last recorded in 1635 when it was in need of repair. It is thought the two bells that were once in the chapel were eventually moved to Peckleton circa 1712. 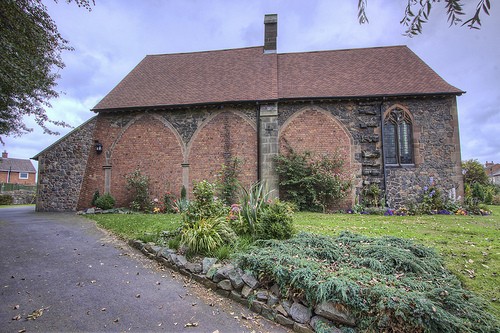 The present church was built in 1908-9 by Edward Turner of Leicester. This church was supposed to have a south aisle and west end but was never finished probably due to lack of funds, however a lobby was added recently to the west end. The church consists of an entrance lobby with kitchen and toilet facilities which then leads into the nave and chancel area being all in one. The church has a nice ‘warm’ character with its modern open seating and decor. 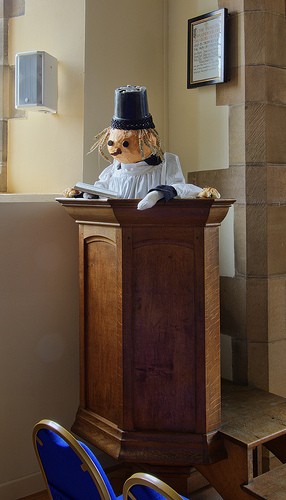 The pulpit and an odd looking rector!

The church is well supported by the community and holds regular services. There is parking available outside the church and access is fine although the church is usually locked outside of normal services.. There is also a good thatched pub in the village if you need some refreshments.
I would like to thank the churchwarden for showing me around the church (and Bagworth earlier in the day) and of course the Harvest Festival mannequin in the pulpit looks nothing like the actual warden or rector……honest.

[nggallery id=61]
The church at Stanton under Bardon is LOCKED. More information here.