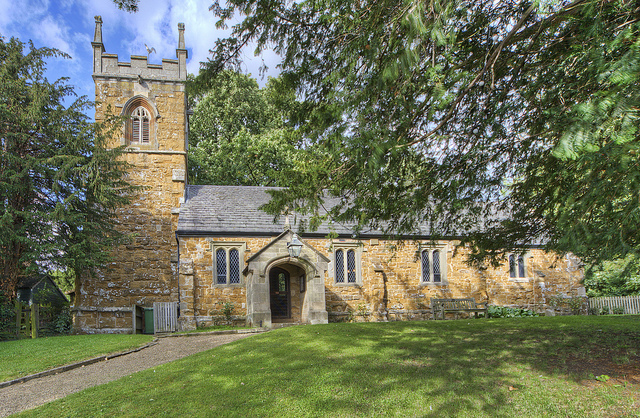 All Saints at Keyham with the south porch and view

Keyham in Leicestershire is a small village approximately 7 miles east of Leicester with a population of around 120. The church of All Saints dates from around the 13th century and consists of a nave, chancel and west tower. It is a small church but pleasantly proportioned. The nave and chancel probably date to the 13th & 14th centuries with the tower being added in the 15th century. The tower has a fleuron frieze below the battlements. 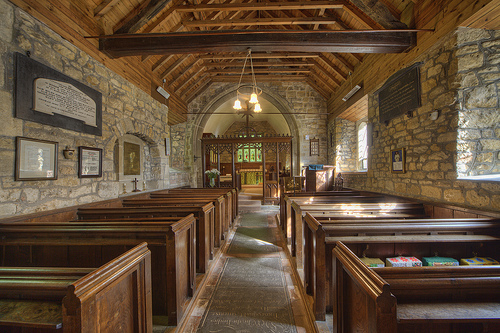 The narrow nave and chancel. The walls were probably originally plastered.

The chancel east window is later probably circa 1600. The font dates to the 18th century. There is also a blocked north doorway in the nave and various memorials scattered throughout the church, several to the Miles family who held the manor from the 18th century.
I really do not have much more information on the parish which is unfortunate as my usual sources are very lacking for Keyham. However I would like to discuss the nearby deserted village of Ingarsby which you can walk to from Keyham and the guided walk is downloadable on PDF by following the link above. 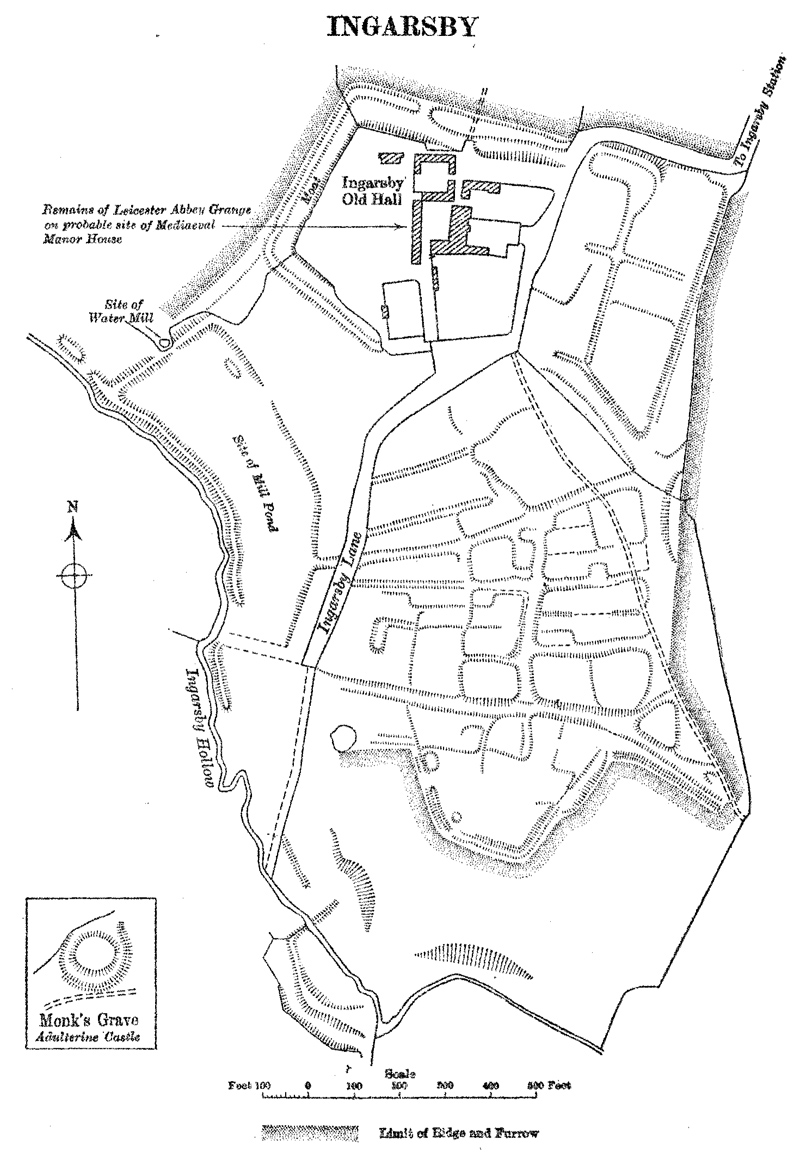 Ingarsby was a hamlet of the parish of Hungarton and was probably settled by the Danes in the late ninth or early tenth century. Recorded in the Domesday book it seems to have been a considerable village at that date with a recorded population of thirty-two, but by 1469 the village was abandoned. Leicester Abbey were granted the manor in 1352 and acquired the rest of the lordship by 1458, they built a moated grange shortly after 1352. In 1469 they enclosed most of the manor with hedges and ditches and converted its use to sheep and cattle pastures. Some land was retained as arable and some was leased to the Ashby’s of Lowesby and Quenby for grazing. 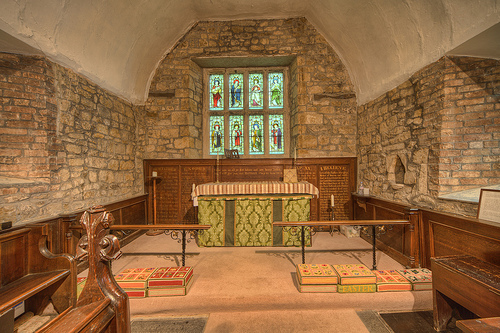 After Domesday the population is hard to fathom but by 1381 the population had fallen to around a dozen families. The plague hit Leicestershire hard in 1349 and many villages suffered de-population and a few never recovered and slowly became deserted. Ingarsby may have been badly affected by the plague but it also from tax quotas seems to have been a very impoverished village. Enclosure and conversion may have been forced upon the Abbey as the population was too small to maintain the traditional husbandry of the open fields. Following the enclosure of 1469 the village became completely deserted. Today you can see the grassed over streets, houses and boundary ditches, and these can be clearly seen in the aerial shot from Google Earth below, it is perhaps the best preserved deserted village in Leicestershire and is well worth a visit. 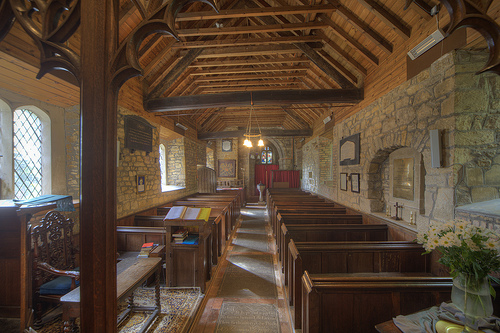 There is of course Ingarsby Old Hall which was built by Brian Cave when he acquired the manor after the Dissolution, moated on three sides originally the oldest fabric dates to the 1540’s in the east range, another range was added by Sir Robert Bannister who bought the manor in 1621.
There is parking in Keyham and there is also a pub for refreshments. I believe the church is open and although it has nothing of great interest compared to other churches it is a pretty little building with character. I am going to visit again soon, to enjoy a walk around the village and then across to the deserted village of Ingarsby itself – it sounds a fine morning out on a fresh spring day.