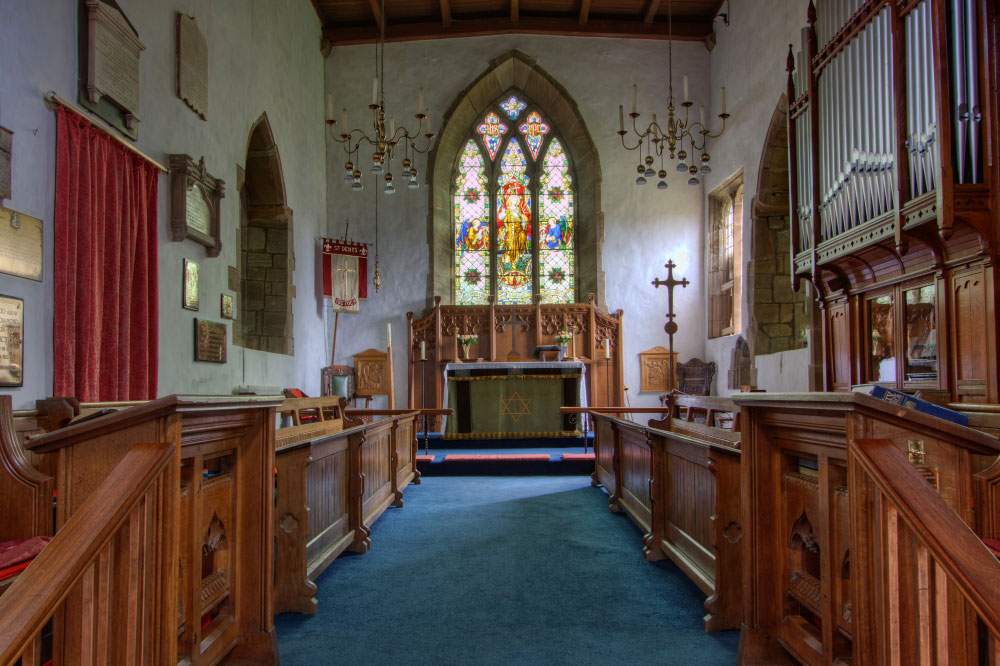 The chancel at ST Denys in Ibstock

The large village of Ibstock lies 3 miles south-west of Coalville and 12 miles north-west of Leicester. It has a population of around 5,500 and is most famous as being the home of Ibstock Brick Works. It also has history as a coal mining village like so many others in this area of north-west Leicestershire. The village is recorded in the Domesday Book and there was a Saxon village before this as the name relates to that period. 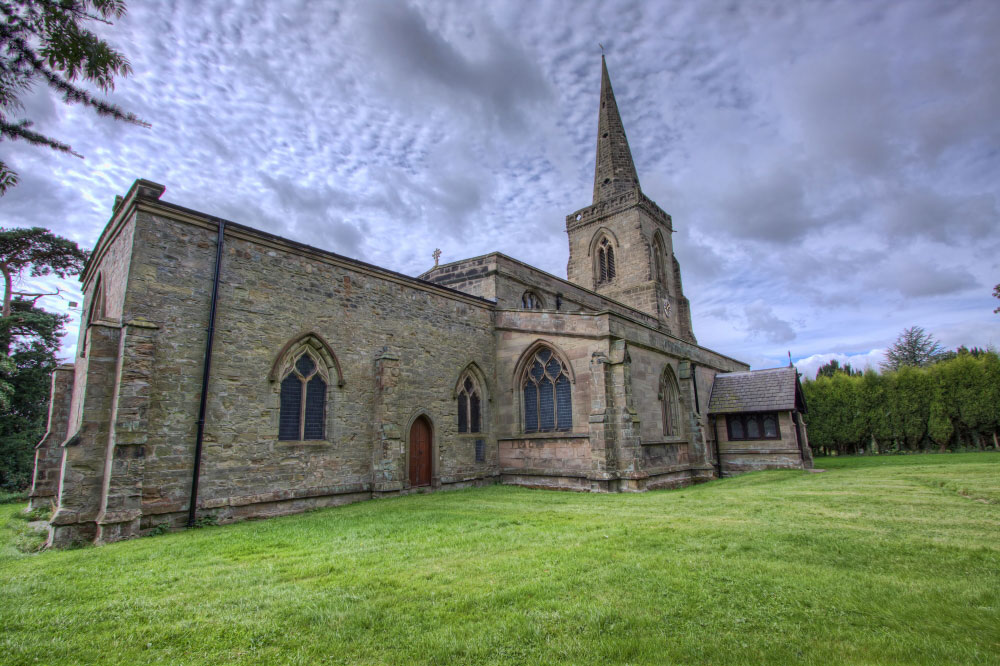 View from north-east of St Denys

The lands throughout the village were held by various parties including the Abbey at Garendon near Shepshed. Other notable families and connections are the Paget family (from 1456 to the present day) and perhaps their most famous person with regard to the church was William Laud who became Archbishop of Canterbury who was author of the Laudian Reforms, he ‘had the living’ in Ibstock from 1617-1626. Due to his support of Charles I and perhaps his opposition to all forms of Puritanism, he was beheaded during the English Civil in 1645 at Tower Hill. There was also a Ralph Josselin who marched from Ibstock to Leicester in 1645. He records his time at Ibstock and on his travels. On the 17th Sept 1645 he stated;

‘Marched out with a short breakfast, rendezvoused at Leicester. where Col. Rossiters troops marched from us, beheld the ruins of a brave house sometimes the Earl of Devonshire nothing standing but the stone work; from hence we marched towards Ashby: refreshed ourselves upon the way. but our meat smelt, I pocketed 2 white loaves against the worst.
quartered at Ibstocke, Lauds living. now Dr Lovedyn a great Cavalier, our diet very good, and lodging indifferent’. 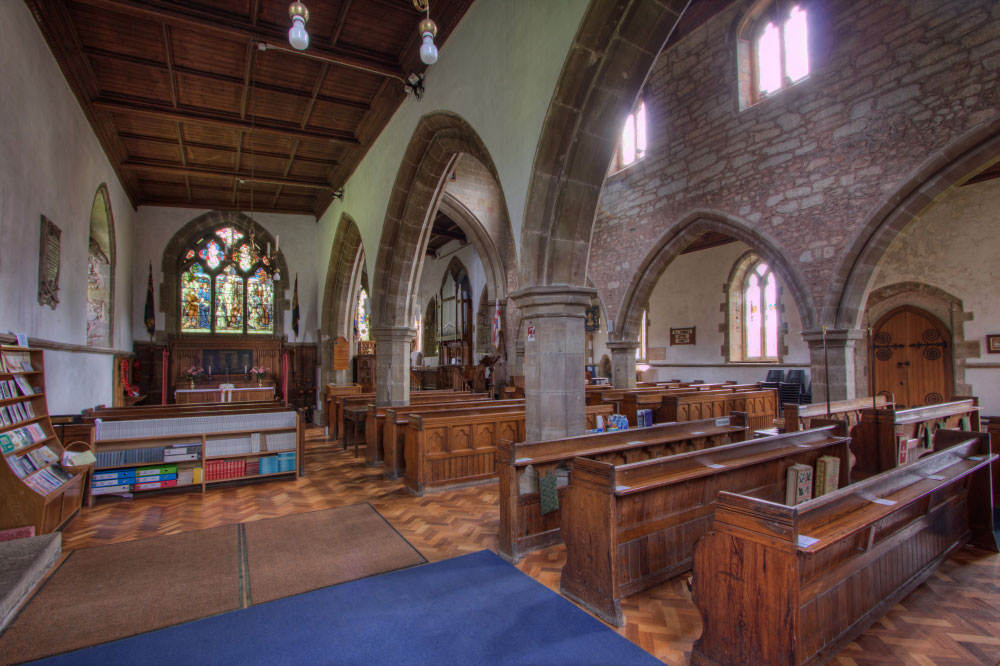 North aisle and chapel with view across to nave

Now back to the church. It sits on the edge of the village to the south and consists of a west tower with recessed spire, nave, north & south aisles, and chancel. The present church dates from the 14th century although the first recorded Rector in Ibstock is recorded in 1160. I expect there was a previous Saxon church here before even this date. The church was called St Helen’s (mother of the first Christian emperor) but at some point and for some unknown reason it was changed to St Denys. As stated most of the church dates from the 13th-14th century, the clerestory was added later probably 15th century. In the south aisle (The Lady Chapel) there is a piscina, sedilium and aumbry dating from the 13th C. 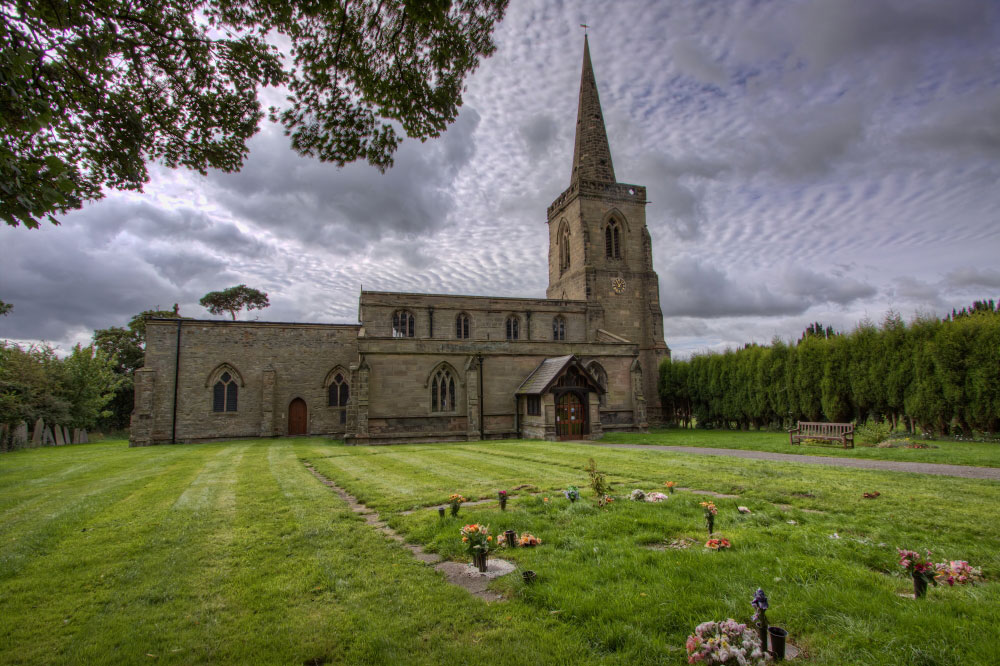 View from north, the church is a well proportioned building

The nave & chancel were restored by Goddard & Paget in 1884-85 who also added the chancel arch at a cost of £2,500. Many changes were made during the Victorian restoration including new pews, roof, a lowering of the floor and removal of west gallery (I wish more of these survived). Further changes occurred in 1897 when the chancel underwent another ‘face-lift’ and the vestry was added. On the outside of the building to the south by the chancel is 1960’s boiler house, not very attractive but I expect the congregation enjoy the heating in winter. 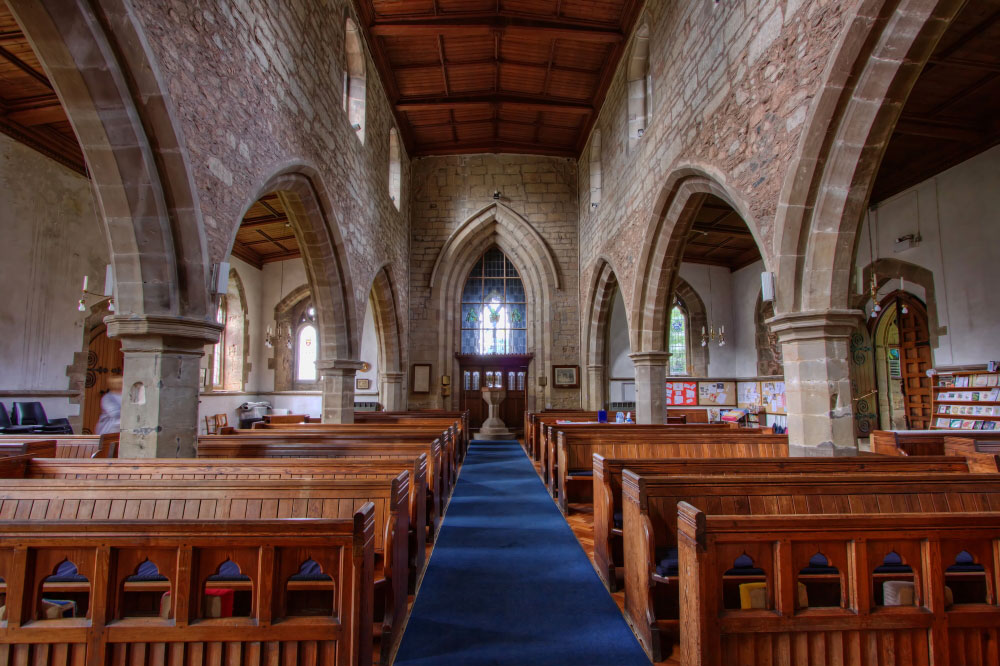 The tower has a ringing chamber and it contains six bells the oldest dating from the 16th century. Most of the glass is modern or Victorian at the earliest. Parking is available by the avenue of lime trees and there are plenty of amenities in the village of Ibstock. This is good example of a Victorian restored church and in many ways they made a decent job. I know I may give the impression that I dislike the Victorians ‘meddling’ with our churches but we have to remember that our churches have been continually changing over the centuries to meet the requirements or architecture of the time (and of course repairs), and this is just such another occurrence.

I would like to thank the churchwarden for arranging access to the church and for waiting for me as I was running rather late.