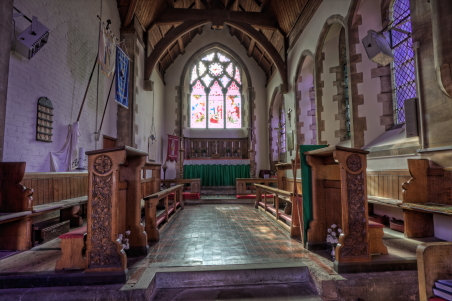 St James at Huncote, the chancel

Huncote lies 7 miles south west of Leicester, north of the village of Croft of which Croft Hill lies in between. It used to be in the same Parish as its bigger neighbour Narborough, and for many years it had no church of it’s own but relied on Narborough as it’s parish centre.
There is evidence of a Chapel dedicated to St James that used to serve the populace until it fell into disuse by 1622 when it was reported to be in ruins. There is a very good report here on the excavation of the ruins. 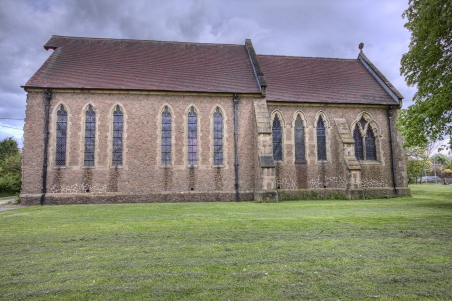 The Chapel was probably attached to a ‘mother’ church this being Narborough which is probably the older settlement. The present church is approx 50m north west of the site of the ruins which are now built over.
The ‘new’ Victorian church is peculiar in that it was never finished (due to lack of funds), there is no tower and St James consists of a nave and chancel with a additional vestry on the north side added later. The church has a pleasent interior with plenty of light from the many windows. There are no pews but wooden chairs and the inside is well cared for with some nice features. There are also the Church rooms to the east which are used by the village. 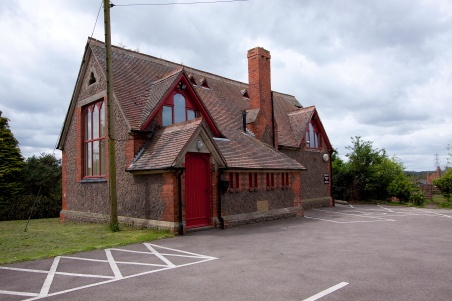 The church rooms and building

There is a small car park off road by the church so access is not a problem. The church was not open on my visit but is still used and the rector from Narborough holds regular services here. 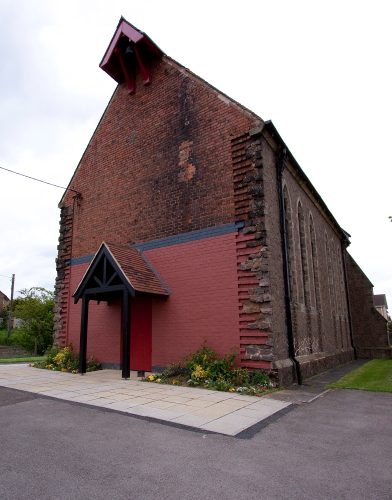 There are good walks south to Croft Hill and the new landscaped areas. There is also a pub the Red Lion which is worth a visit. You could complete the walk to Croft church as mentioned here and see the difference in the two aspects of the churches. Huncote church is worth a visit on its own, just to see its interesting unfinished state and the ‘lost tower’.

The church at Hubcote is usually LOCKED. More information here.