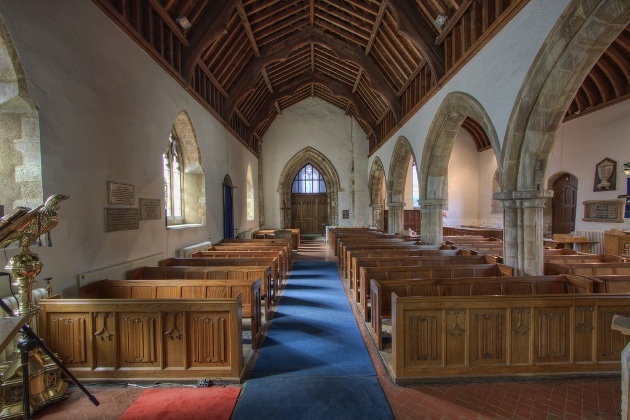 Some seven miles south-east of Leicester is the large village of Great Glen which has a population (in 2001) of around 3,200. The village lies in a valley (hence the name) of the River Sence with ground rising either side. After the Norman Conquest the manors of Great Glen passed through many hands and at one point was held by William de Zouche and then the Martell family. 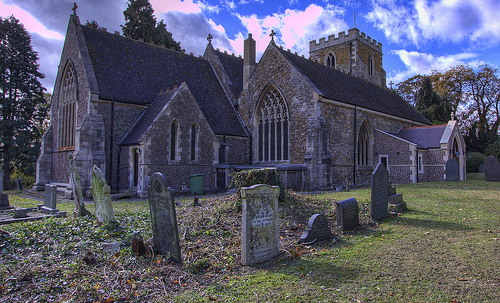 The church from the north-east

In 1140 Ralph Butler granted the church of Great Glen to Alcester Abbey which retained the patronage until the 15th century. Evesham Abbey exercised control over the church from 1465 onwards until the Dissolution when it passed to the Crown. In the 16th century, Henry Grey, 1st Duke of Suffolk, father of the ill-fated Lady Jane Grey, became the lord of the manor. After his execution for treason, his lands were seized by the crown. Following the Battle of Naseby in 1645, during the English Civil War, Great Glen played host to a band of Cromwellian soldiers who were pursuing some of the (defeated) Royalist Cavalry. They were later joined by the rest of the army who camped overnight before moving onto Leicester. Some of these soldiers made camp in the church where they caused much damage (such as breaking all the windows), of which some evidence can still be seen today. 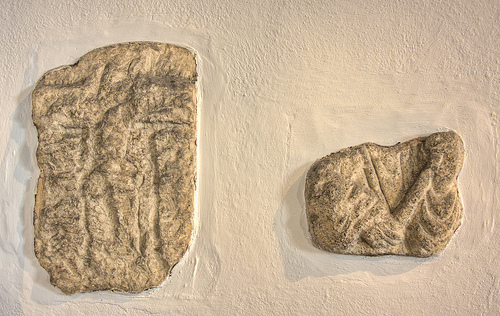 The remains of the pre Norman stone carvings in north aisle

In 1751 a turnpike bridge was built over the River Sence as a part of the stagecoach route from Leicester to London. The pubs The Old Greyhound and The Crown were originally coaching ins built soon after the new road opened. This road later became the A6 road and a bypass around the village was opened in 2003. 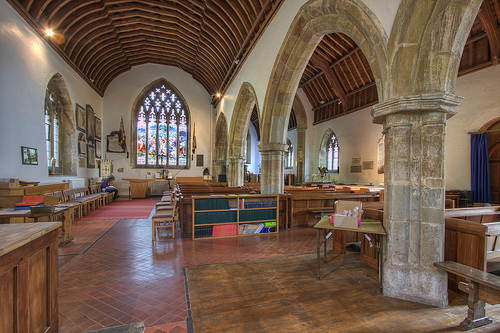 The church sites on the high ground above the village it consists of a new south porch, north aisle, nave, chancel, north vestry and west tower. The Victorians did their usual ‘restoration’ on the church in 1876 only the tower escaped the major rebuild. However there are some interesting features in the church which deserve a second look. The main interest lies in the pre Norman carved stones. Two at the east end of the North aisle depict a mutilated crucifix and the remains of a figure holding a rod. It has been suggested that the second stone may have depicted Christ healing a blind man. There are remains of the rood entrance to the rood loft and the font is 12th century. The tower with its four stages was topped by a spire until circa 1760, why it was removed is unknown, it may have become unsafe after lightning or fell into disrepair. There have been some modern upgrades to the church with a servery and modern amenities at the west end of the north aisle and in the modern built porch we have toilet facilities. 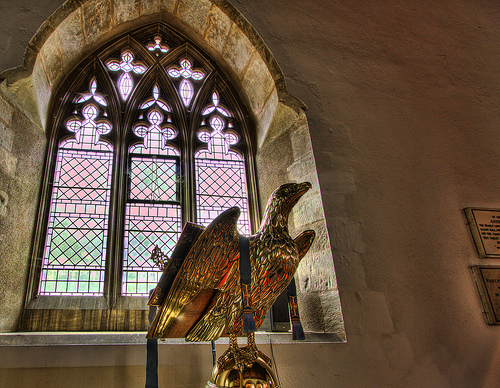 The north aisle is nearly as large as the nave, and from the outside the church has an attractive appearance. Parking is an issue on a busy road, and unfortunately the church is locked but it has a pleasant churchyard and if you do happen to find it open its carvings and other features are worth a look. There are plenty of facilities in the village and a couple of public houses.

Toni Smith
Transcriptions of monuments in and around this church can be see at the following link.