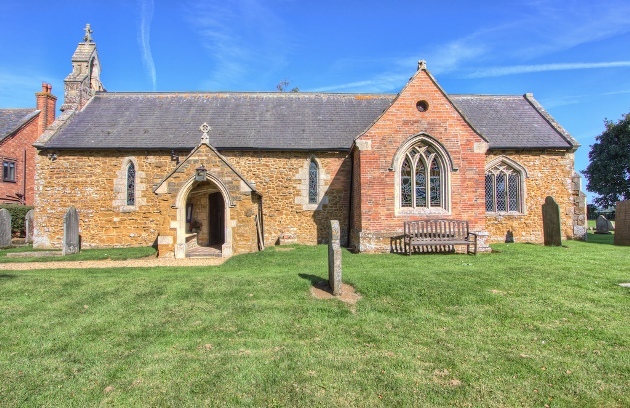 The pretty little church at Goadby

Goadby is a village and parish in the Harborough district of Leicestershire. It is approximately 11 miles south-east of Leicester and 8 miles north of Market Harborough. It lies in some very pretty rural countryside typical of this part of Leicestershire. The 2001 population was recorded as 43 in 2001 so more a hamlet than a village. The Danes were here (like in so many villages in Leicestershire & Rutland) as Goadby as the suffix ‘by’ which is indicative of Danish origin. This area was included in the Five Burghs of the Danish Mercia from the 870’s AD. This is an interesting period and to get a brief overview there is a very good Wikipedia entry which I have linked here. 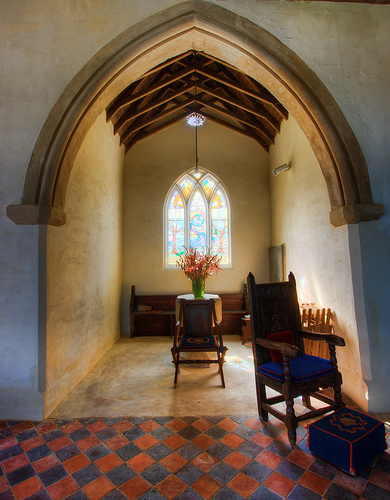 The church of St John the Baptist is of 13th century origin although it was extended and renovated in the 19th century. The church sits in a large graveyard overlooking countryside and consists of a nave, chancel, trancepts north (with a small vestry of it) and south, and a bellcote.
The photographs clearly show the transepts were later built, the southern one dates from the 17th century, the north transept and vestry from 1874. 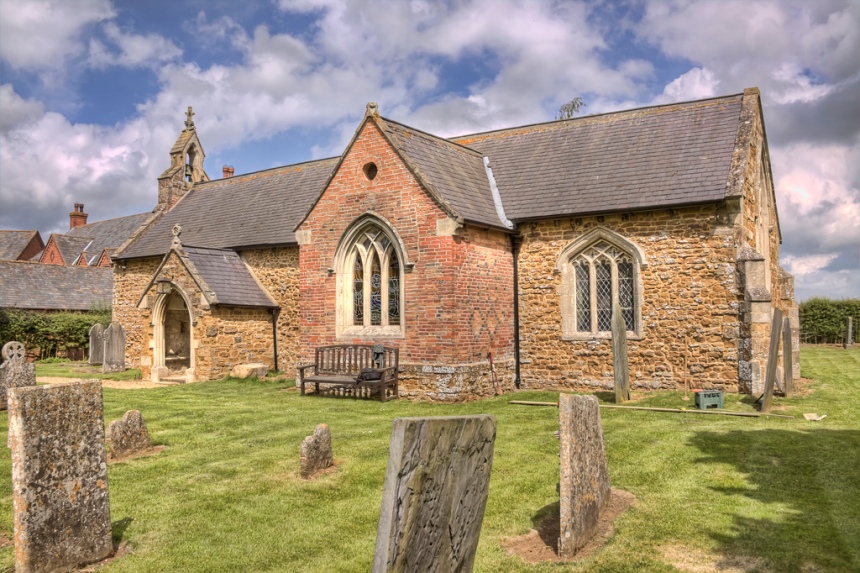 The brick trancept is a later addition from the 17th century

On my visit which was not planned as (I was in Glooston which is only a few miles away) there were some gentlemen completing some work on the outside of the building, the church was open and at that moment was undergoing major restoration. The interior has just about been ‘gutted’ in order to re-plaster, fit new electrics plus many more improvements to the building. It was a fortunate visit as it will be rare to see a church undergoing this renovation and I am sure we will all be interested in the end result. I intend to go back in the autumn when it is complete and show the results of their hard work. 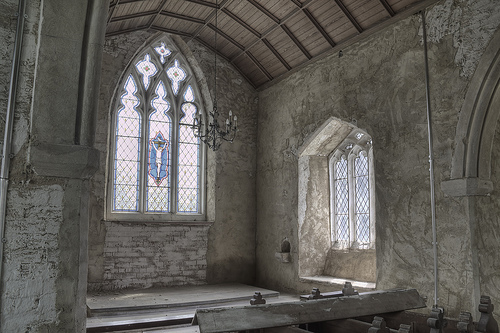 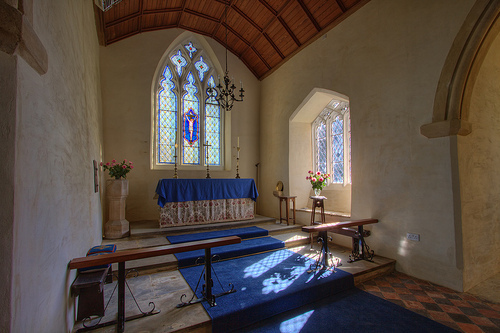 The church is ministered from Billesdon and services are still held at the church. They have a fundraising event every year on the Saturday of the August Bank Holiday to raise funds for the church. Access is fine to the pretty church but there are no amenities in the village. 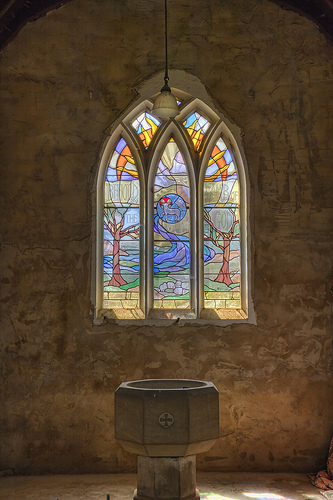 The south trancept during restoration work

UPDATE – The renovation work has now been completed and I was invited back in September and took the pictures you see here with the before and after shots. They have done excellent work here and this can hopefully be seen in these images. I look forward again to visiting this pretty church in the future.

The church at Goadby is usually LOCKED. More information here.