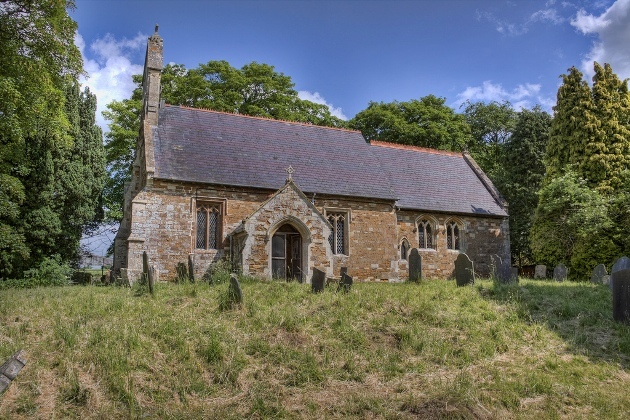 Glooston church from the south

In 1086 the recorded population of Glooston was eight. This village increased to 177 by 1831 but has steadily declined to 54 in the 2001 census. There has been some new housing near the road to Goadby so perhaps this has increased.

But we can still safely say that this is a small village like so many others in this area of Leicestershire, and like them it is also located in beautiful countryside. It has been occupied for centuries, a Roman Villa was excavated in 1946 by the stream, and today the Brudenell family own much of the land as they do at Stonton Wyville and the surrounding area. 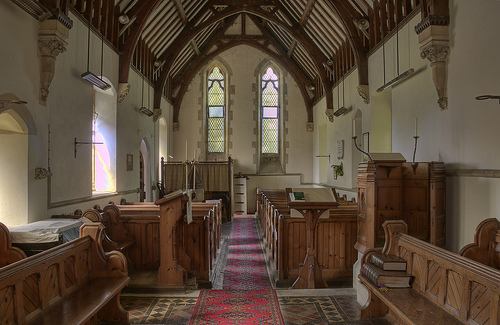 The view to the nave and the west windows

The church of St John the Baptist was largely rebuilt in 1866-67, although it kept to the original plan which dates back to to 15th or 16th century as well as some of the fabric. A 13th century piscina is still housed in the nave and a 13th century font is by the southern door entrance, the northern door has been filled in. It is a small church with a nave, chancel, south porch, and a bellcote, a small graveyard which is a rather unkempt falls away on the south side into a small valley. The church is surrounded by trees and I might add crows, on both my visits they were very vocal. 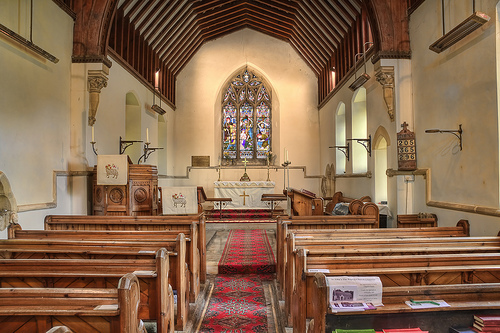 The chancel and east window of this Victorian restored church

Glooston is a very quiet peaceful village and although the church is not in such a good setting as Cranoe or the delightfull Stonton Wyville, if you are in the area its definately worth a visit – you could walk to all three in a few hours and then have a pint in between.

Inside the church has a fine beamed roof and with no tower there are two large windows in the east wall which help light the church. The pews are plain with little adornment but the whole church has a warmth about it. The church is still used for services now and then and they have a short church information sheet on its history. The church is not usually open but can be arranged if you contact the churchwardens. 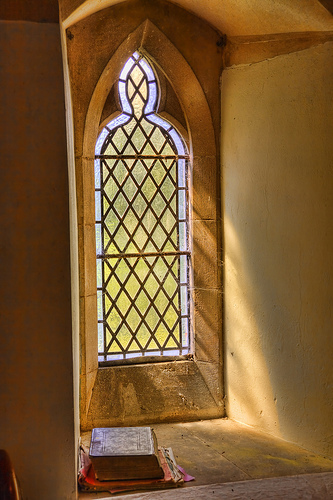 There is parking by the Old Barn Inn and the church is just about next door. Wheelchair access is fine with paths and no steps. As mentioned there is a pub in the village the Old Barn Inn which I did visit and the staff were very friendly, they do good food and as mentioned in the Cranoe Church post this is the only pub for a few miles and worth a visit.

Randy Pace
My sister Cheryl told me about your project to photography early churches of the area – your photographs of Glooston Church are incredible. thanks as my ancestor, Rev. John Owsley was Rector here and is buried under the altar with his wife, Dorothea Poyntz, who is a descendant of numerous Magna Charta Barons. Thanks Randy

Cheryl Frame
Thank you for all the beautiful photos. I visited the Glooston Church in 2001 with a large group of distant cousins. Our Owsley ancestor is buried behind the alter in the Glooston Church. I am writing a news article for our Owsley Family Newsletter and I am going to include your website to all the members. It is a great project you are undertaking and I really appreciate all your efforts. If you are Chris Jones taking the photos I wanted to thank you for finding Jane Davies while you were in Glooston several years ago taking photos. We are now back in contact thanks to you.