Frisby on the Wreake St Thomas of Canterbury

Home » Directory » Frisby on the Wreake St Thomas of Canterbury 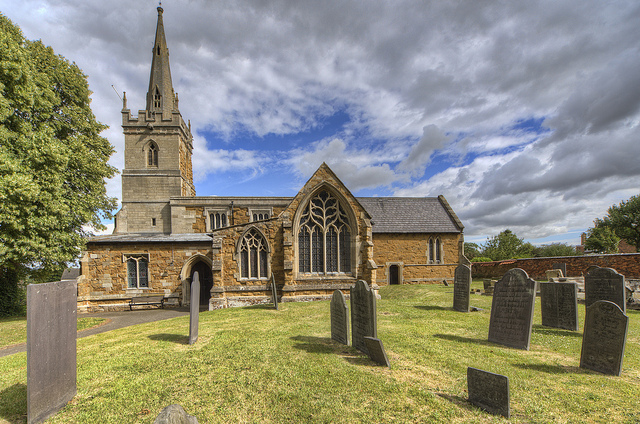 The unusual church at Frisby is worth a visit

Back to Leicestershire and the Wreake Valley which we have been slowly progressing through the last few months. There is another Frisby 8 miles away but this is distinguished by the ‘Wreake’. The name of the village may have derived from the Danes who settled in the area in the 9th and 10th centuries. It may refer to a settlement of Frisians, this ethnic group from Northern Europe settled in England during this period and earlier. 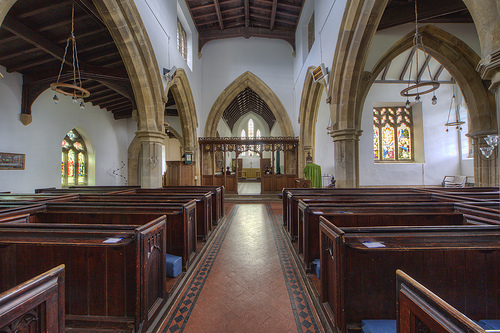 Looking towards the chancel from nave.

Originally the main road to Melton ran through the village and the other ‘Wreak’ villages but the A607 was built as a turnpike and bypassed the village in the 18th century. I had trouble finding the church but eventually found it tucked away by some new housing up Church Lane. Parking is limited but I found a spot outside and unloaded the car. You may ask what I carry?
Well three cameras (always have to carry a spare), 2 digital SLR’s, plus a Lumix compact, a variety of lenses, a heavy tripod, flash unit (although rarely used), my indispensable Pevsner guide and then misc items, batteries, memory cards etc. It all weighs around 20kg and at times it feels twice as much, especially later on in the day. 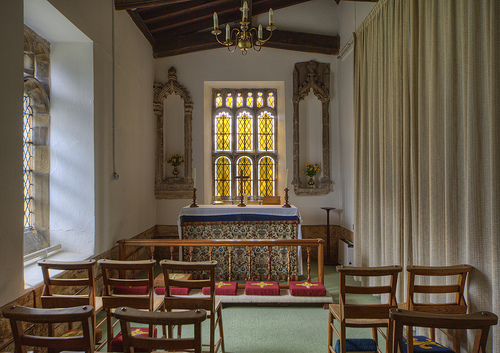 Lady chapel with the pretty window and niches each side.

The church from the outside looks unusual, the west tower stands tall over the churchyard and the lower stage dates to the Norman period. There is a recessed spire with two sets of lucarnes and battlements and these date to the period 1250-1350 (Decorated period). The rather uninteresting chancel is earlier but was restored by the Victorians in 1848-49 by H. I. Stevens of Derby. It has the usual Perp clerestory and the north chapel probably dates to the same period. 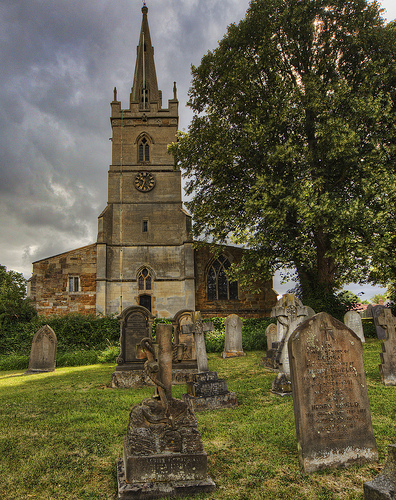 The west tower and recessed spire, the churchyard has some fine headstones

The layout is unconventional. West tower, nave, north chapel, north and south aisles and south transept with west aisle. The aisles reach around the tower making it integral. The church is attractive enough from the outside, but I was even more surprised by the splendid interior. It has plenty of character and the south transept with its own west aisle is an unusual but pretty addition and its window is a fine piece of work. The north Lady Chapel is pleasant and there are niches for effigies either side of the colourful window. 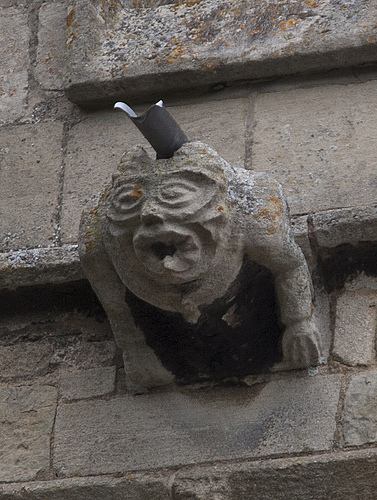 It is recorded that in the 18th century the local clergy allowed couples to marry in the church from far and wide and it gained some notoriety in perhaps allowing people to marry without their relatives agreement.
By the side of the church is the old school now a private home. The village has as much character as its fine church and is worth a walk around. The remains of a medieval cross stand in the main street and there is the Bell Inn and Brasserie across the road which is a good place to have a meal after or before your visit. Hoby church and Brooksby are nearby which are also open so why not take a trip and out and see these three churches.