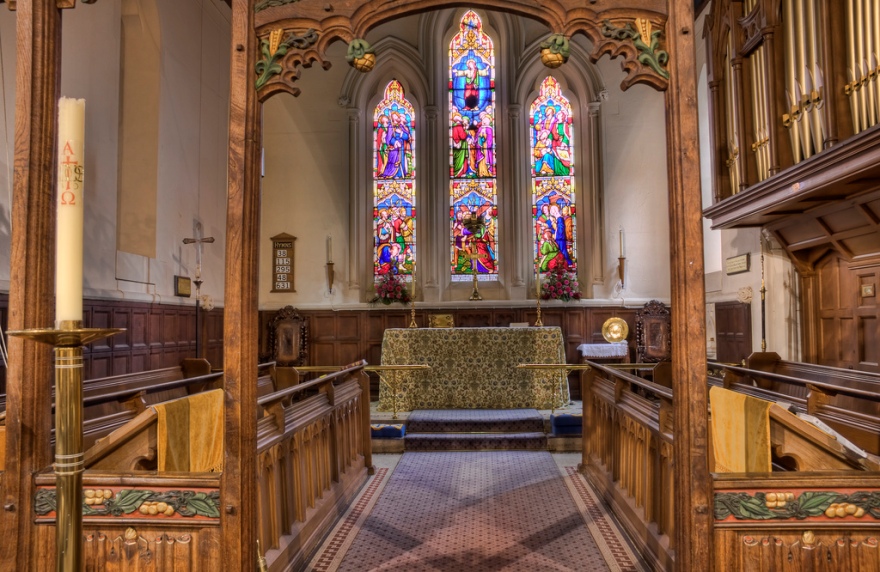 The chancel at Christ Church in Coalville

Coalville is in North West Leicestershire some 12 miles from Leicester, it is major town in the region with over 30,000 people residing there. Coal was mined in medieval times especially around the open seam at nearby Swannington, but it was not until the 19th century when shafts were sunk at Snibston (now in Coalville) that the town began to grow. With the coming of the railways the mining as well as other industry rapidly expanded the town, Ashby Road still has some of the original miners cottages near to the police station. 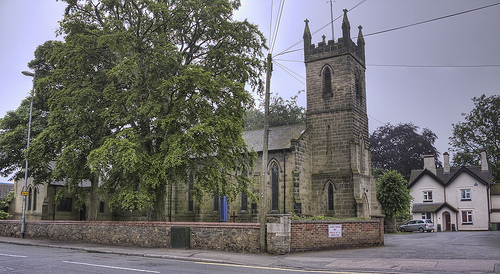 With a ‘new town’ came the new parish church of Christ Church built between 1836 and 1838, with a west tower, large nave, transepts, chancel and vestry added later in 1936. The nave is very spacious with a high roof and ornate design inlaid. The chancel has a large east window with some stained glass from 1875, there is also a large organ built into the east wall of the chantry. 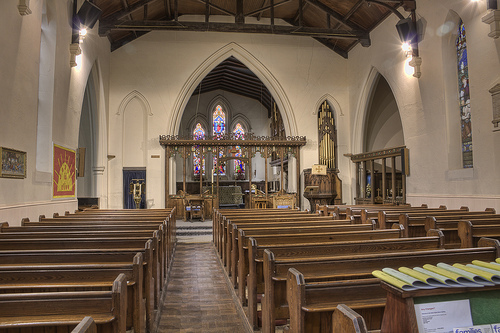 The large nave area with its thee lines of pews, memorial chapel in south trancept

The south transept houses a memorial chapel to those from Coalville who died during the wars. There is also a plaque to the 35 miners who died in the Whitwick mining disaster of 1898 on the north wall of the nave. The vestry has two gravestones to James Stephenson (brother to the great engineer George Stephenson) and his daughter who died aged only fourteen. 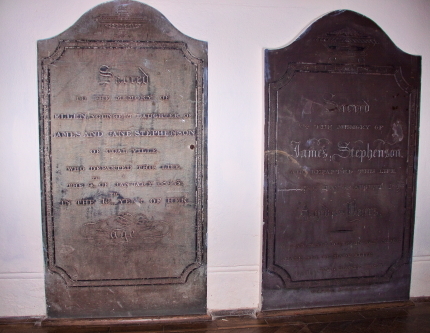 Gravestones to James Stephenson and his 14 yr old daughter

The church has a rectory in the grounds plus some church rooms all still in use. The church is a centre of worship for the people of Coalville and holds regular services every weekend and throughout the week. I would like to thank Mr Smith the churchwarden who showed me around the church and was most helpful in gaining me entry to photograph the inside. 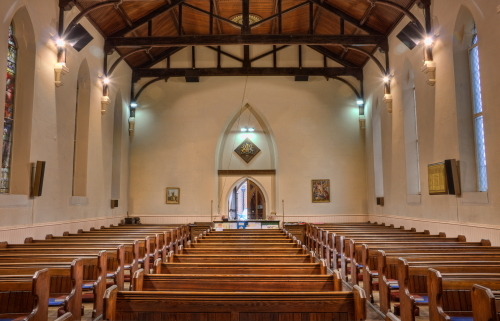 Main entrance through west tower, church has good light from the large windows

Christ church at Coalville may not be oldest or prettiest church in Leicestershire but it is a thriving church and has some interesting memorials, the building itself with its large open nave is spacious and and worth visit if you find it open. There are numerous facilites in Coalville with shops and supermarkets.

Jenny Hefford
This was the church I went to in teenage years…so many happy memories..we had a very large ‘young peoples’ group. Your site is a joy. Many Thanks,