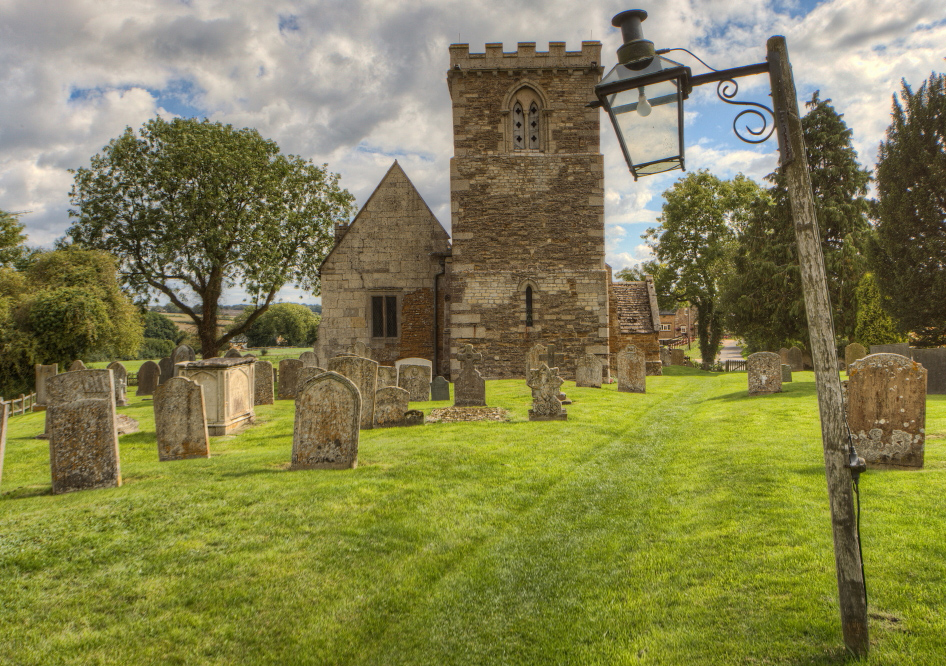 Three miles south-west of Oakham is the small village of Brooke which is at the head of the River Gwash. In 2001 the population was recorded as 211. Half a mile north of the village was the priory of St Mary of Brooke which was founded during the reign of King Stephen before 1153. By the 16th century it was mostly ruinous. Today there are some remains of the priory built into a later structure and I hope to add this as a separate entry in the future. 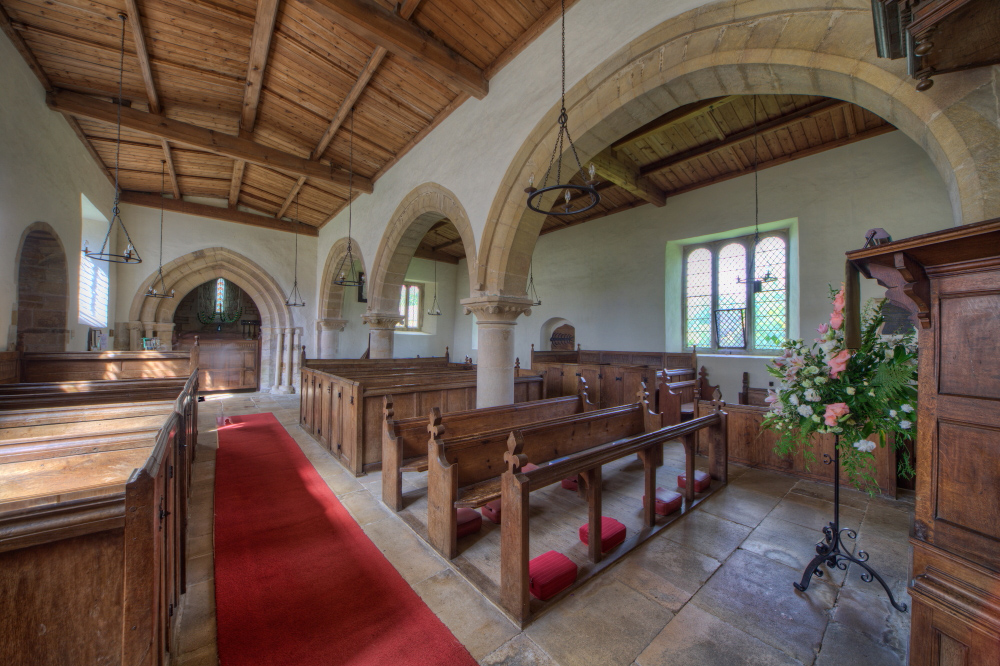 The north arcade dates to the 12th century, the west tower arch has some fine detail

There is no mention of Brooke in the Domesday Book but it may have been one of the five ‘berewicks’ (outlying settlements) of Oakham mentioned at that time as belonging to the manor. For most if not all of the medieval period it was closely linked with nearby Oakham.
Brooke Church was started in the 12th century and the church consists of a squat west tower, south porch, nave, chancel, north aisle and north chapel. The church was originally a chapelry of Oakham but by the 13th century the patronage was with Brooke Priory. The north chapel which is as large as the chancel may have been built for use of the Canon and Priory staff. 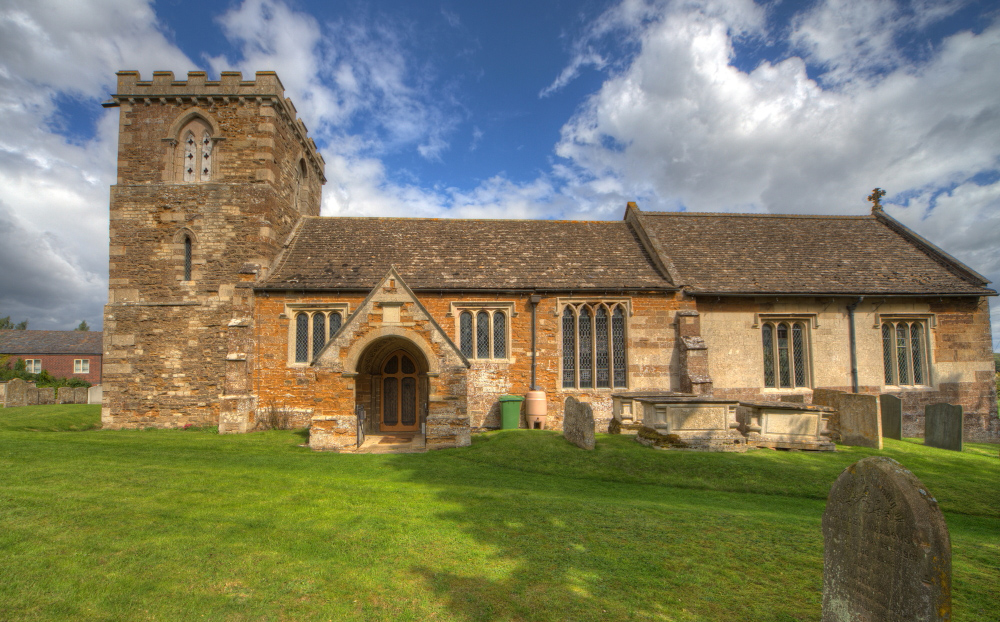 The roof is eaved with Colleyweston slates and with no clerestory this church is a real change from the usual design in Leicestershire & Rutland. The nave may date to the Perpendicular period but has a Norman doorway with fine double zigzags, the arch originally round is now pointed. The north arcade dates to the mid 12th century and therefore Norman, with square tops (abaci) and heavy capitals. The chancel arch and arch from the chancel to the north aisle is Elizabethan. The tower dates to the 13th century and is of three receding stages with lancet windows in the lower and middle stages and twin lancet lights for the top of the bell-tower. The font is perhaps the oldest item in the church and dates to the 12th century with a rectangular bowl on circular shafts. We also have a along the west and north sides of the north aisle a continuous stone seat, originally the only seating in the church. 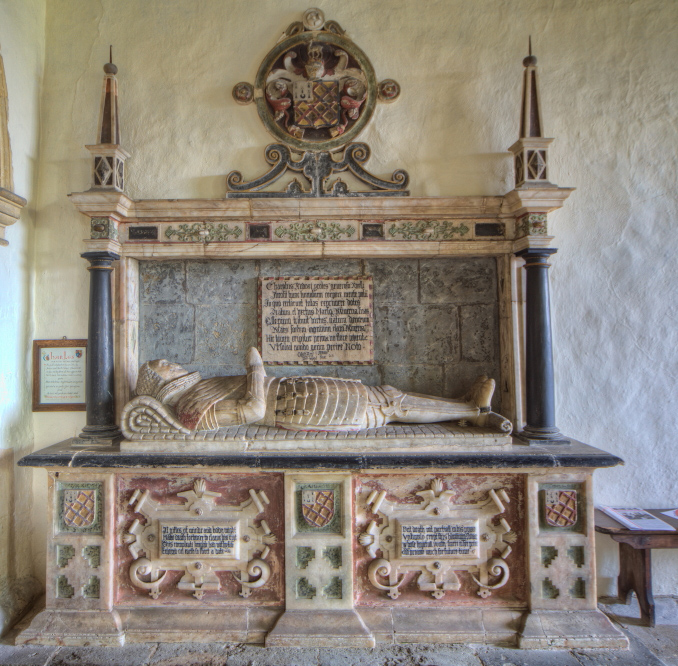 The monument to Charles Noel (d. 1619) still has original paintwork in place.

In 1879 the church was restored but with great care and most of the original fabric was left intact. The chancel was restored by Ewan Christian and the remainder by James Tait of Leicester. The furnishings are all Elizabethan but were repaired and reworked during the Victorian restoration, the pulpit may date to the 17th century and is a fine example of a covered pulpit.
The monument to Charles Noel (d. 1619) is an alabaster effigy recumbant in plate armour and above with panel and crest, it is colourful monument with its orginal paintwork intact. Charles Noel was the son of Sir Andrew Noel the builder of Brooke House and lords of the manor in the 16th century. In the 17th century the Noel family moved to the nearby village of Exton which they had acquired by marriage, and it is Exton Church, not Brooke which housed the later magnificent monuments to the Noels. In the chancel are two stone memorials one to Endymoin Cannynge (Captain of the Horse in service of King Charles I) and then Steward to Dowager Viscountess Campden the last of the Noel family to live at Brooke who died in 1680 aged 100. 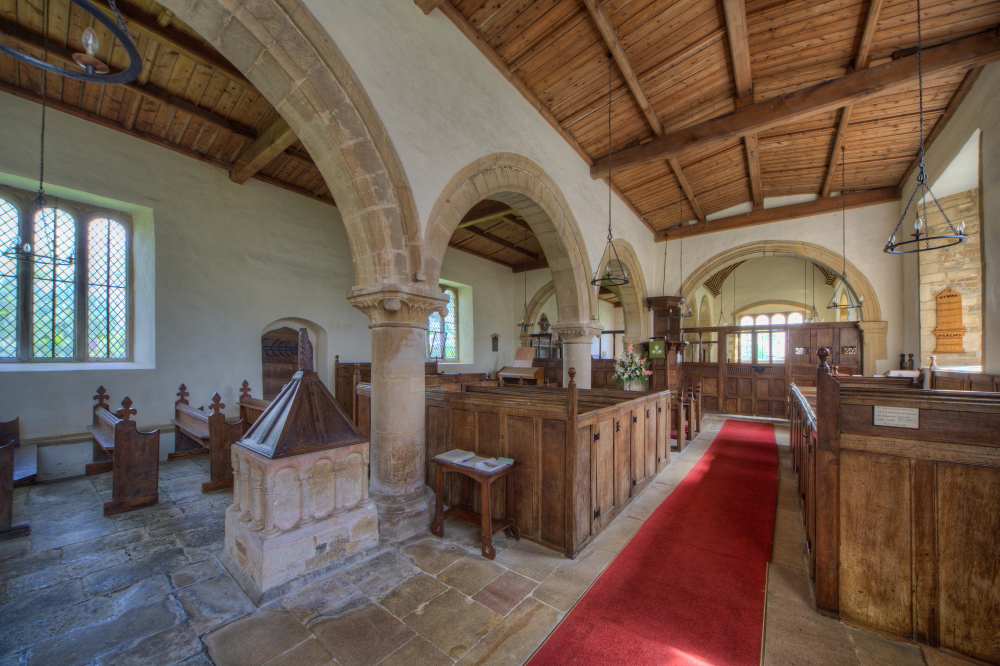 The font dates from the 12th century, this church is full of character, memorial in chapel

The church was greatly altered in the Elizabethan period and this makes this church very interesting as the Victorians left most of the features and fabric intact – a rare find. There are no facilities in the village but Oakham is nearby with all its amenities and the church is open every day. I do like this church it has bags of character and should be on your list to visit. The church also has appeared on film in the 2005 film adaption of Pride & Prejudice.