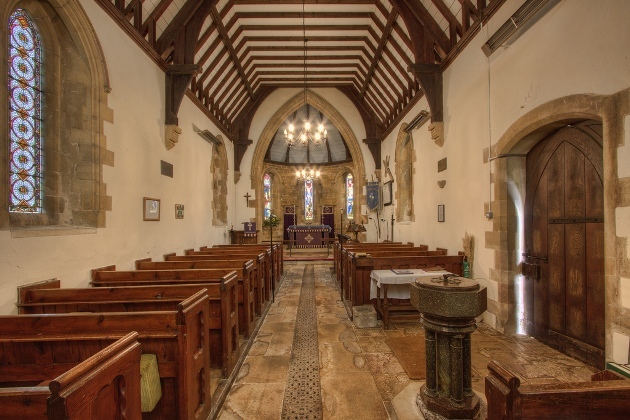 Blaston is small village south-east of Leicester near to Rutland county. Its largest neighbour is Medbourne. With only 30 people living here it should perhaps be described as a hamlet and consists of one main pretty street with some imposing houses along its length. Blaston is mentioned in the Domesday book when Robert de Tosny owned land there. In the past it has been known as Bladestone and Blachestonei and has had many owners. 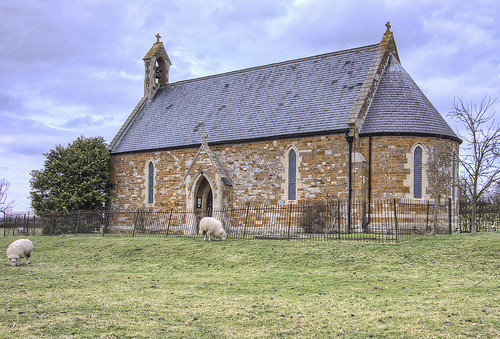 South view of the church

Richard I gave the manor to Hugo de Nevill who had been on the Crusade with him in 1193. The manor stayed with the Nevill family for a long time, but by the middle of the 15th century it was owned by Henry, Lord Scrope of Bolton. Eventually is passed to Lord Viscount Beaumont who held it until 1537. In 1539 the manor was given to Thomas Lord Cromwell by Henry VIII, a reward for his part in the dissolution of the monasteries. However in 1540 Cromwell was beheaded, but his family held the manor after his death until 1613 when it passed to Edward Conyers. Unusually for such a small village Blaston was divided into two parishes and had two chapels. In 1846 the lord of the manor was the Reverend George Owsley Fenwicke who was also the Rector of St Giles. There were 34 people in St Giles parish and 68 in the parish of St Michael a total of 102. 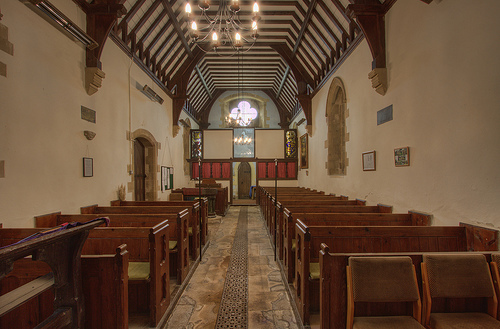 Today Blaston is one parish and the small chapel of St Michael is ruinous whilst the chapel of St Giles remains to the west of the village. The chapel consists of a nave and small apsidal chancel and was built in 1878 replacing a small church from 1714. The church was probably paid for by the Reverend G. C Fenwicke. There is a single bellcote and and tiny south porch. The font dates from the building of the new church although there remains an earlier font by the door. 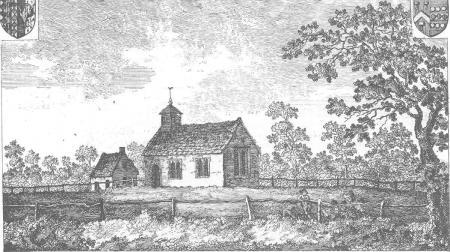 There are other items of interest within the church. There is a painting of St Jerome on the north nave wall painted in Florence by the Brazilian artist Decio Vilares in 1877 (A Decio Vilares also designed the Brazilian Flag is this one and the same?). The screens at the rear of the nave contain two stained glass segments. These were inherited by a J. C. Sharpe Esq from Granville Sharp (son of the Archbishop John Sharp 1643-1714) and were in the old House of Lords (it states in the church that Granville Sharp was an Archbishop but this was never the case). It is reputed but not confirmed that they were brought from Cologne Cathedral by one of his forebears. Mr Sharpe gave them to his daughter, Lady Archer, who presented them through her niece Mrs Pen Lloyd, to St Giles Blaston. 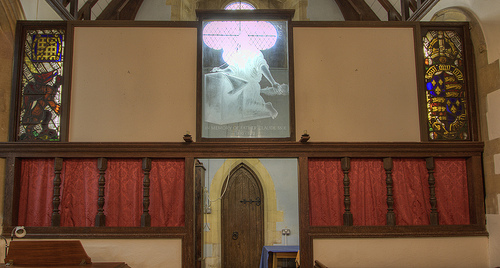 This very small village as stated was originally two parishes, the two chapels were no more than 500yards apart. St Michaels which is ruinous was rebuilt in 1867-8 by G. C Fenwicke (who also rebuilt St Giles) it was largely demolished in 1967 although some of the walls survive. I will add St Michaels to this page when I have completed the pictures.
Blaston has no amenities the nearest are in Medbourne. There is parking by the church but it is usually locked, however there is a keyholder in the village and you can gain access to this pretty little chapel if you would like to visit – details in porch of St Giles