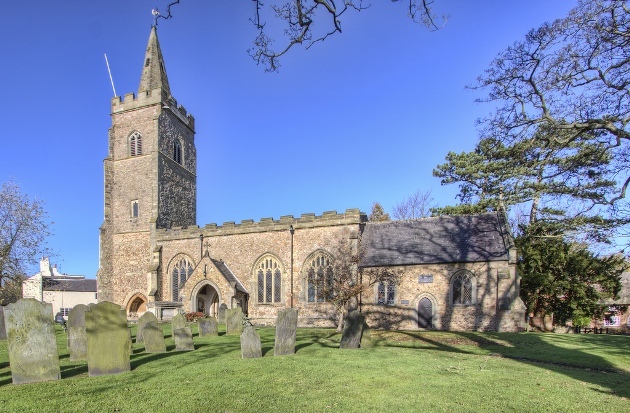 Bitteswell is a small village and civil parish in the Harborough district of Leicestershire and is situated just to the north of Lutterworth, and in the 2001 census had a population of 454. It was also the site of RAF Bitteswell, an airfield used in the Second World War. Hawker Siddeley Aviation had a factory close by, where Vulcan bombers were built and maintained. 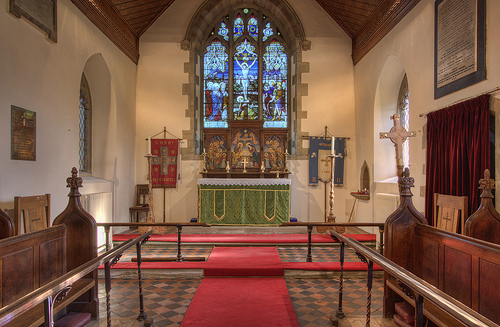 It was recorded in the Domesday Book as Betmeswelle and there was a mention of a priest at that time although he probably would have administered to his ‘flock’ from a wooden church and not the stone structure we have in the village today. There are some earlier fragments of the Norman church but the oldest fabric in the tower dates to the 14th century. The church consists of west tower with spire, a nave, north aisle (added 1881/82), chancel and a very nicely designed additional kitchen and toilet/cloakroom area off the north aisle with disabled access. 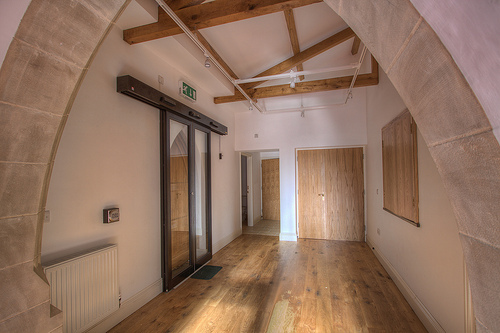 The church was heavily restored in 1881/82 but there do survive earlier remains throughout the church. In the vestry there is a fragment of Norman chevron work set in the plaster above the north door and a Norman arch set alongside one of a later date which leads into the belfry. The spire was rebuilt in 1894/95 but the architect was not pleased with the end result and deducted some payment. The spire was said to be a ‘crippled spire with a twist in it’. The ‘twist’ was removed and the finished spire made good. 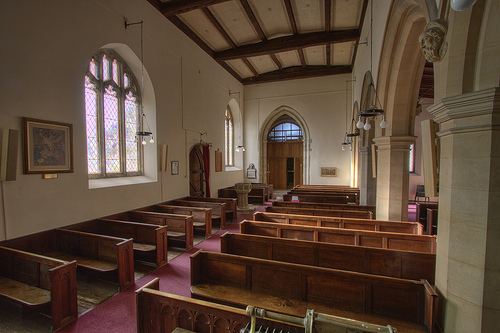 During the restoration the old box pews were taken out as well as a gallery at the west end of the church. The clock chamber was made into a belfry, and a vestry, organ chamber, porch, chancel and north aisle were added. The font is thought to date to around 1857.
The church at Bitteswell is small and pretty with its low battlemented nave and chancel and its well proportioned tower it looks the part of a small village church set in a nice area of the village. I used to have to run around Bitteswell and the old aerodrome when I was a student at Lutterworth Grammar School, many years ago now and I do remember the run up the hill through Bitteswell. 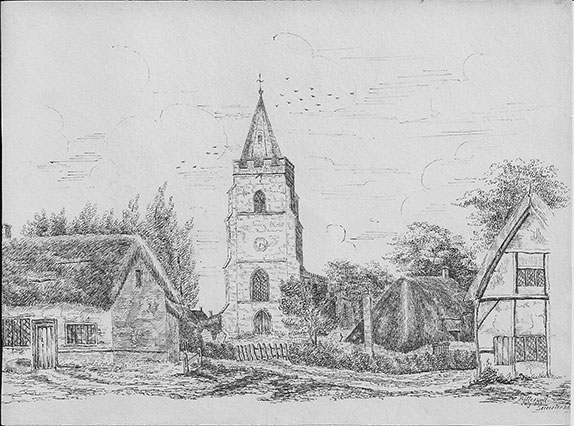 Dated 1832 a sketch of Bitteswell. Thanks to contact for permission to use.

There is a very small parking area outside of the church by the Lynchgate and there is disabled access but unfortunately the church is usually locked outside of normal service times. One other comment I would like to make, if a church is looking for an example of a well designed modern extension to their church for a kitchen, toilets or other facilities then Bitteswell has the best executed and designed I have seen so far.

The church at Bitteswell is usually LOCKED. More information here.