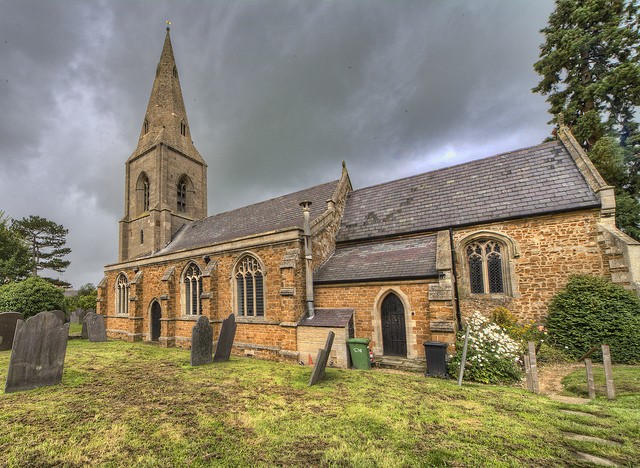 Just situated off the A47 Billesdon has a population of around 800 people and is nine miles east of Leicester. Originally the main road from Leicester to Peterborough ran through the village but thankfully this was bypassed to the north by the busy new road. It is an attractive village set in pretty countryside with the ground rising to 700ft to the north of the village and Billesdon Coplow which has a large country house sited near there. The village was granted a market in the 16th century which used to be on the village green and there is still the remains of the market cross with shaft and base. 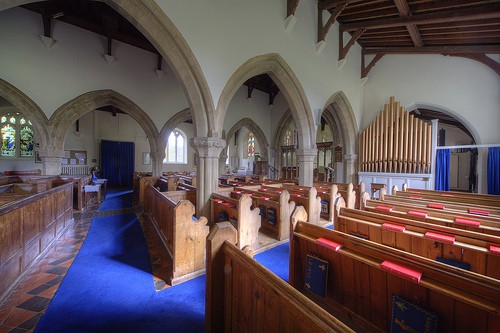 The two sets of arcades and nave are shown above

During the Domesday Survey the village was called Billsdone, which means the clearing on the hill of a man called Bilheard. A Saxon named Tochi owned the manor before the Norman Conquest and a Saxon brooch was found in the village. After the Conquest William gave the vast majority of the manors to his Norman followers and countrymen. Hardly any ‘English’ lords (Saxon or otherwise) held land after the conquest which is understandable and many of their women who had lost their husbands fled to the convents to escape being married to a Norman. The upper classes of the English nobility were decimated at this time. 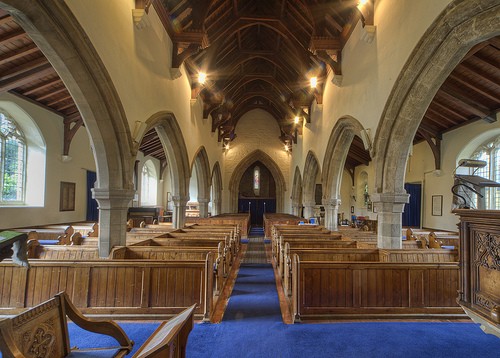 The nave and ailses, the north arcade dates from teh 13th century (right)

The church at Billesdon consists of the typical west tower, nave, north & south aisles and chancel. The north arcade with octangonal piers dates from the 13th century apart from one with eight shafts attached to the core and a capital with decoration. The tower dates to the same period with two lucarnes and bell openings and was faithfully rebuilt by Kirk & Parry in 1861 it also has a well proportioned broached spire. They further restored the building in 1864-65 and added the south aisle. The original south aisle had been removed some time before. The chancel and church were restored during the restoration, the font is Early English (therefore late 12th-mid 13th century and contemporary with the oldest parts of the church), circular with heavy mouldings. 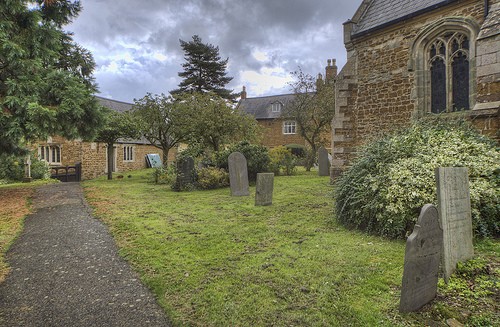 The churchyard, the old school can be seen on left and vicarage in middle of picture

In the churchyard there are some fine Swithland slate headstones, and to the east we have the old school with its mullioned windows and ironstone fabric which dates to the 17th century. Next door is the old parsonage again dating to the 17th century. It is reported that in the 19th century the vicar’s daughter at Billesdon eloped with a young squire from Rolleston after escaping via a window which was subsequently bricked up by her father.
There is a very good village trail produced by the Billesdon Local History Group which you can download and use.
The church is pleasant enough and although it does not have any great monuments it is worth a visit. Usually open with parking nearby and there are facilities in the village.

The church at Billesdon is usually OPEN. More information here.