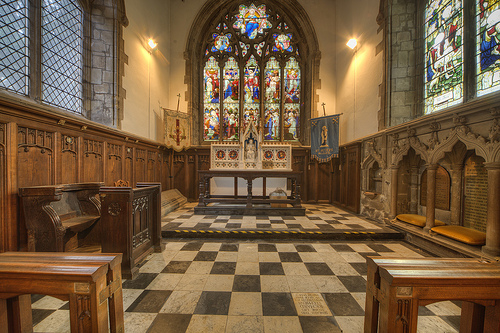 Although today Belgrave is a suburb of the sprawling city of Leicester it once was a pleasant wealthy village situated to the north of Leicester. Rich merchants built large houses to escape the squalor of the nearby city and some of them remain and one is open to the public.
The village was known as ‘Merdegrave’ during the Domesday Book where it was owned by Hugh de Grentemesnil. The ancient parish also contained the chapelries of Birstall and South Thumaston which eventually became seperate parishes in the 19th century.

South view of church with aisle and large chancel.

The church was granted to the Abbey of St Ebrulf at Utica in Normandy at this time. In 1204 King John granted Robert Earl of Leicester land in Belgrave which is recorded as having once been owned by Aaron, a Jew from Lincoln.
Robert gave land to William de Belgrave in the reign of Henry II. One of his relatives was Richard Belgrave who lived in Cambridge where he became a schoolman and eventually joined the Carmelite Friars where he studied philosophy and produced written work. The Belgrave family held land here well into the 17th century. Other families including the Davenport’s and Wigston’s who held the manor and you can read more at the British History entry (link below). 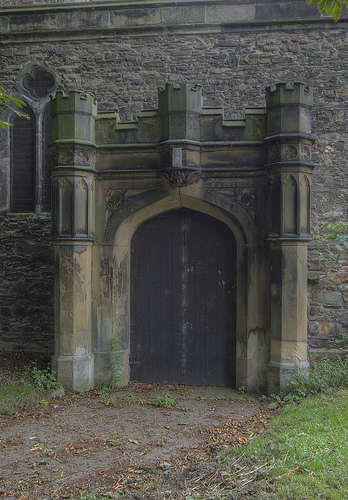 During the 14th century there was some encroachment on Leicester Abbeys nearby lands.
‘At an unknown date a certain Lawrence de Belgrave was forced to recognize that he had appropriated some of the abbey’s waste where he had apparently inclosed several plots in severalty. In an attempt to end disputes between the abbey and the village, the abbot and convent granted to the villagers the right to pasture their animals in one of their riverside meadows during the winter months, receiving in return permission to pasture in one of the village’s meadows. It is interesting to note that this agreement with the abbey was made by the community of the village as a whole. The dispute with the abbey caused serious disorders in 1357 when the men of Belgrave, led by John Lawrence, who claimed certain rights over the abbey lands, threw down the abbot’s gallows, which were in a corner of the field called the ‘Stokking’, and obstructed the transit of provisions to the abbey. They were fined for these outrages and John was forced to abandon his claims. It is not known whether the agreement with the abbey mentioned above occurred before or after this outbreak.’ 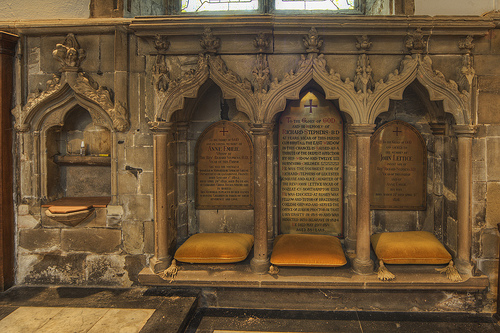 Belgrave became part of the city in 1892 and by 1931 the population was over 22,000. There was a major expansion of the town during the Victorian period with terraced housing and a few factories being built.
The church has a good Norman south doorway and is situated next door to Belgrave House and Hall. It has a good sized churchyard with many slates and does not feel it is in the town at all. It lies at the end of pretty cul de sac which includes the House, Hall and the gardens opposite. It has a west tower (lower parts probably Norman upper 16th century), nave, chancel, north and south aisles and vestry. Although most of the tower dates to the 14th century there was once a wooden spire which was removed in 1824 (shown in the late 18th century engraving). The arcades are 13th century as is the chancel which has windows from the period with circles, spikes and quatrefoils. The unusual south porch dates to 1826 and there were restorations in 1857 and again in 1860 (by Ewan Christian) when the chancel was restored. W. Gillet of Leicester completed some work on the south aisle windows in 1861 and other work was completed by G. G. Scott in 1877-78. 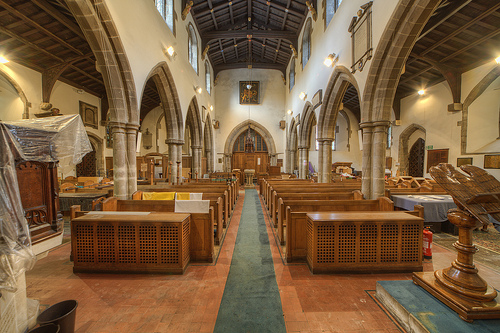 There is a late 12th century tomb slab in the chancel and some fine sedilia (although restored). Ambrose Belgrave (d 1571) has a good Elizabethan tablet in the chancel but there are not many other monuments of note.
Belgrave House which is next to the church is a fine Georgian building built by William Vann in 1776, it passed to the Leicester Corporation (now the council) in 1955 and was used as a day nursery. It has been bought by a private buyer and is currently being renovated for private use.
Belgrave Hall and Gardens is still owned by the council as a museum . The Hall was built by Edmund Craddock a wealthy hosiery mercahnt between 1709 and 1713. The Queen Anne period house is very plain but it has some fine walled gardens and the house is open to visit (link above for opening times). The Vann family lived here from 1767 to 1844 before it passed to the Ellis family. Across the road are some small gardens which lead down to the River Soar.
There was also an old manor house in Belgrave which once belonged to the Hastings family. Some remains of the manor house including the window of the Catholic chapel were still visible on the north side of the house. It was the Belgrave Constitutional Club for a while but I cannot find it today. It was on Loughborough Road – any help appreciated on this. 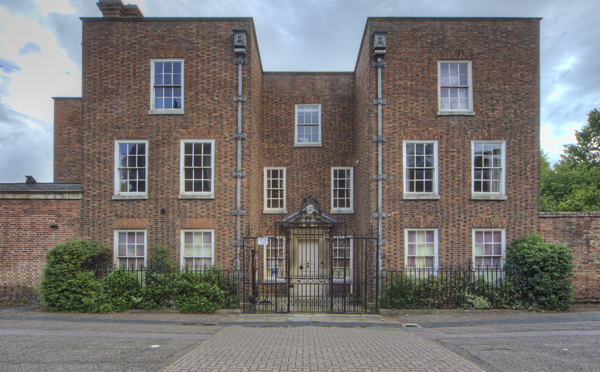 In 1709 the Bishop asked a Mr Carte several questions concerning the parish and the rectory. The parsonage house is recorded as being of five bays, the first story built of lime and stone and above a frame of timber studded and lathed, and teared with clay and then rough cast with lime-mortar. The ground floor contains, a kitchen, floored with broad stone, a hall of the same, a lesser parlour, a greater parlour, both floored with boards; another parlour with a plaster floor, under which a cellar is paved with pebbles. On the first floor are seven chambers all with plaster floors, except the largest which is over the great parlour, and is boarded. Over all is a garret with plaster floor. There were also two outhouses thatched, except that part used as a brewhouse, which is slated. There is a barn, stable and hay-barn. The grounds are fenced with mud walls and contain about an acre of ground.

The large impressive church of St Peter’s is up for sale for £150,000. Like so many others its future remains in doubt and it is now locked and closed to the public. Hopefully some use will be found for the building and it can be used for other purposes before it deteriorates too far.
If you are visiting the museum at Belgrave Hall which is worth a trip you can of course walk around the churchyard and view the exterior of the church.