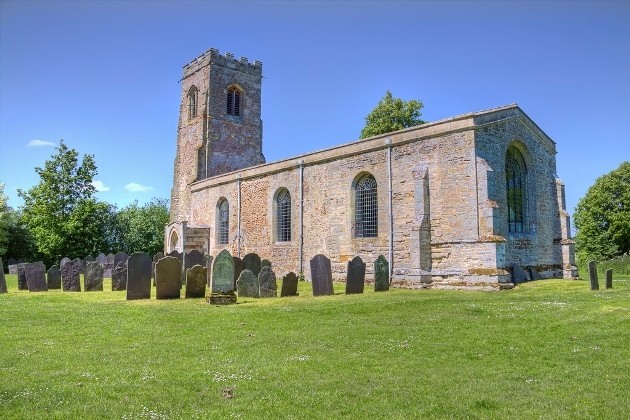 The pretty Church at Wistow

In 849 it was reported that human hair was seen growing through the grass in Wistow Churchyard on the 1st June. This is the legend of Saint Wistan who as a Wigstan, Prince of Mercia (Christian) was murdered by his cousin who wanted his throne and cared nothing for Christian religion.
A church was built on the site of the murder and then replaced with the current Norman church with a later 13th century tower. The original Norman door can still be clearly seen in the south wall to the right of the present porch. The church consists of a west tower, nave and a transept to the north. There is no chancel as such and the altar is placed at the east end of the nave. The church has very nice lines with little adornment inside or outside. 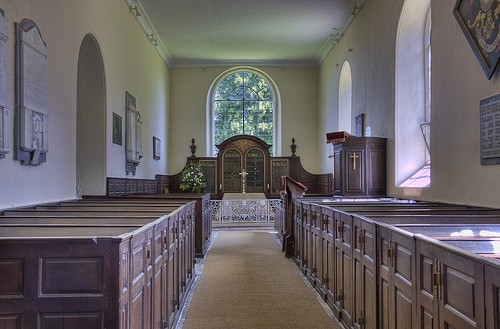 The inside the church with its beautiful Georgian interior

Wistow has been the possession of some famous families, in 1603 it was bought by the Halfords and in 1641 Richard Halford was created a Baronet by King Charles I because he had been imprisoned in the Tower of London by the Parliamentarians in 1640. There is a fine memorial in the transept to him with his coat of arms above. 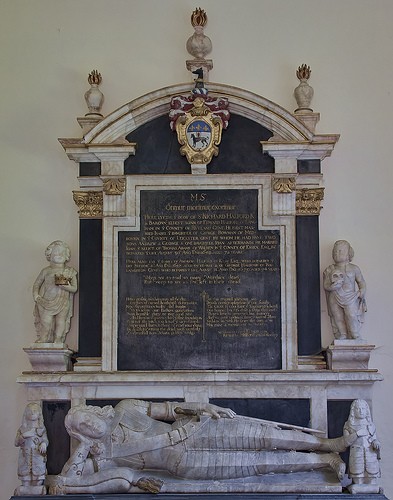 King Charles I slept at Wistow House the night before Naseby, ten days later they returned after the defeat to change horses and proceeded to Leicester which was still held for the King. The Halford baronetcy expired with the death of Sir Charles Halford in 1780. His memorial and that of his brother, Sir William, are also in the transept. In 1814, Wistow was inherited by the King’s Physician, Dr Henry Vaughan, who had, five years previously, on being created a baronet, changed his name by Act of Parliament to Halford in the confident expectation of his inheritance. He was a great grandson of Sir Richard Halford, 5th Baronet, through his maternal grandmother. 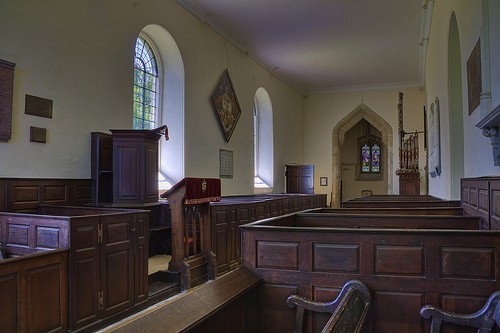 The box pews and bright large windows add to the ambience

Sir Henry made extensive improvements to the property of Wistow, and created the lake, at the same time diverting the road around it. He was also responsible for completing the Georgian restoration of the church, as can be seen by his initials on the rainwater heads outside. The box pews and reredos were added i the 18th century. The church was re-roofed in 1961 with aluminium after the lead had been taken off the roof. 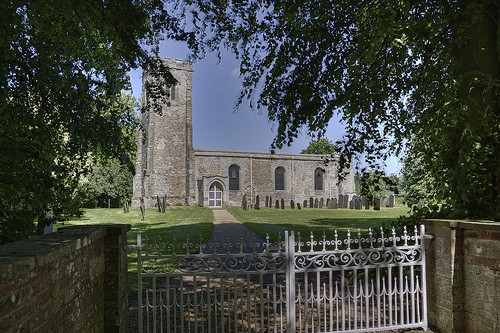 Wistow church is in a great location

Wistow has become a Sunday morning or afternoon out as the garden centre, cafe and other small shops have become popular for visitors. The church is nearby and sits by the stream and lake and is across the road from the entrance to Wistow Hall which was made into a number of flats.
There is also a good maze which opens during the summer, beyond Wistow Church rights have been granted until 2011 allowing access to the water meadows and historic ‘ridge and furrow’ pastures between Wistow and Newton Harcourt.
There is a small parking area by the church and wheelchair access is fine. You can get a drink and something to eat at Wistow Garden centre a short walk away, there is also a car park at the garden centre. The garden centre has to be one of the prettiest in Leicestershire with a fine walled garden area and plenty of choice, there are also numerous other small outlets to look at.

I find Wistow an odd church but I do not mean unpleasant, the outside has very clean lines with its large arched windows on the south side and near flat roof over the nave. The inside is quite plain and reminds me more of a family chapel than a parish church, perhaps similar to Stapleford though to a lesser degree. This of course is understandable with Wistow Hall across the road and in its past having such famous occupants.
The church still holds services, and is open every weekend from Easter to end of September, just remember to take some bread for the ducks across the road in the small lake.