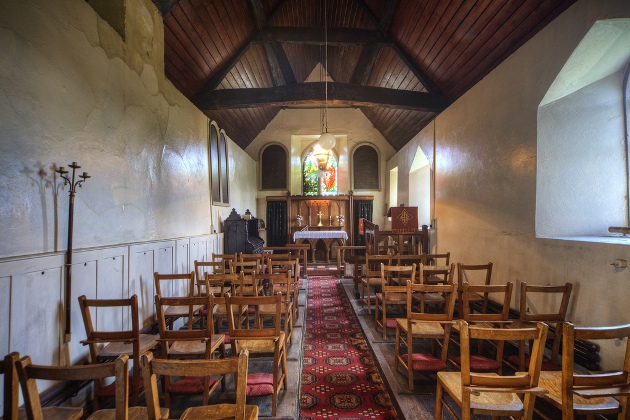 The small chapel at Wigston Parva

This small hamlet of around 30 people is very near to the county boundary of Warwickshire. It is 12 miles south-east of Leicester and its nearest neighbour is Sharnford. Although it is a ‘Wigston’ it is not near its larger namesakes and the only way into the village is a single track road from the B4114 near Smockington Hollow very near to the Fosse Way.

The village is mentioned in the Domesday Book as ‘Wiceston’ and by the time of Henry VIII this had altered to ‘Wyggeston’. Earlier the manor and chapel were held by the Abbey and Convent at Reading in Berkshire. It was probably given to the Abbey by Peter de Belgrave for the annual consideration of 30 shillings. 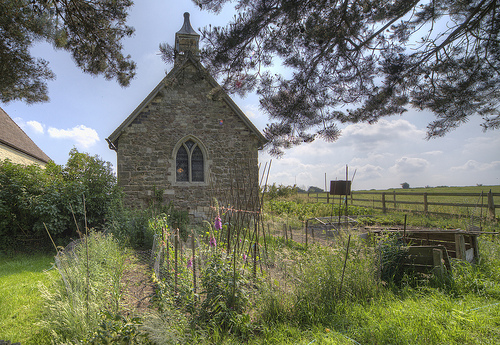 The hamlet today consists of a grassed area surrounded by some substantial houses with smaller cottages, the chapel to the south of the village is sited on higher ground. In fact the village itself is hidden away in a hollow and if it was not for the signpost into the village you would not know it even existed as it is not visible from any road. The chapel was attached to the parish of Claybrook but in 1904 it was annexed to Sharnford as this village was nearer. 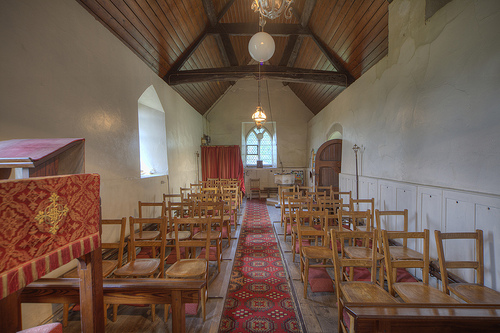 The small chapel at Wigston Parva is one of the smallest in the county of Leicestershire. I have also been to the small chapel at Potters Marston (on the website) which I think is slightly smaller but it is not as old as St Mary’s which dates to 1160 or even earlier. The church consists of one room with small bellcote. The entrance on the north side has a Norman doorway, there are windows on the south side, a simple lancet design. The east window was installed in 1969 in memory of a Mr A. L. Kibble. The altar was presented to the church in 1909 by the parishioners and rector from Thurlaston. The font came from Hemingford Church in Huntingdon originally age unknown. 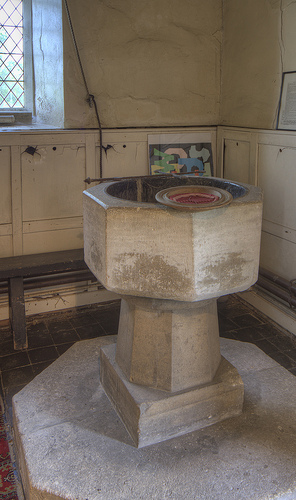 In 1845 St Mary’s underwent a small restoration, and in the 1920’s further work was completed in the church with new seating and painting. Today the chapel needs funds to repair the bell-cote which needs attention. Unusually the church only owns the land the chapel is built on, so that explains the ‘churchyard’ having an allotment in it; the land in fact around the church belongs to a villager. The villagers were either buried at Claybrooke or later Sharnford.
St Mary is an interesting chapel with a long history and of course of interest due to its diminutive size, it is unfortunately locked outside of services that still carry on at this small church. There are no facilities in the village but there is parking by the chapel.