Wibtoft Assumption of our Lady 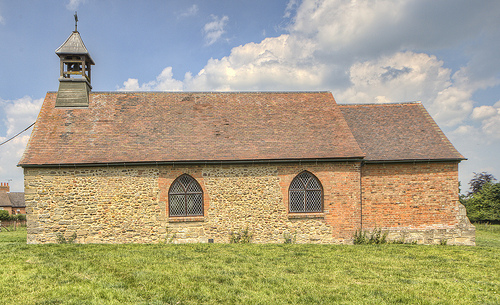 The small chapel at Wibtoft

Now this entry could be controversial, only because the majority of the village and the chapel of St Mary are actually in Warwickshire and not in Leicestershire. I have decided to add the chapel as some of the village is in Leicestershire where it is bisected by the busy A5. With a population of 50 this small hamlet nestles in a small hollow south-west of the city of Leicester and is 5 miles north-west of Lutterworth. 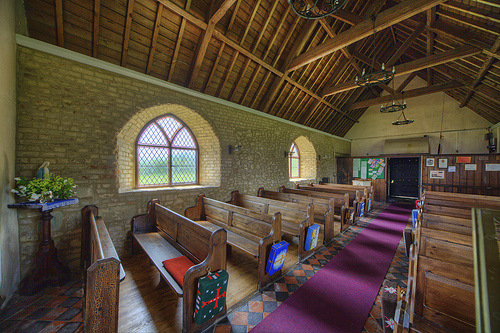 In 1004 Wulfric Spott bequethed land at Wibtoft to Athelric for life, and then to his newly formed abbey of Burton in Staffordshire. However the village is never recorded in Burton Abbeys documents so there is some confusion whether it actually was bequeathed. The village is mentioned in the Domesday Book as being held by Fulk and Robert the Count of Meulan and before 1066 was held by a Sexi. It passed through many hands and after the Dissolution was let to a Joan Hulley. 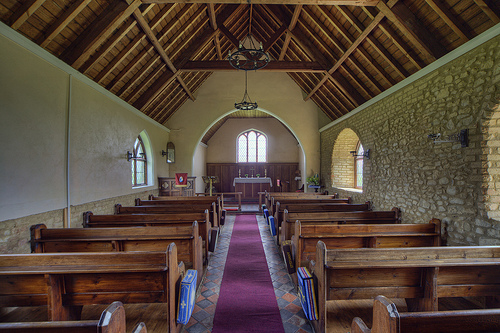 This small church has a ‘cosy homely’ feel and has been well cared for.

The small church of St Mary is sited in a field to the east of the village. There are no burials around the church and the church consists of a chancel (15ft by 13ft) and a nave (40ft by 18ft) with a bellcote at the west end holding one bell. The church was rebuilt in the 19th century but on the original sandstone plinth that the earlier church stood on. There is partitioning at the west end for a small vestry and lobby, there are no memorials and all the fittings are modern. 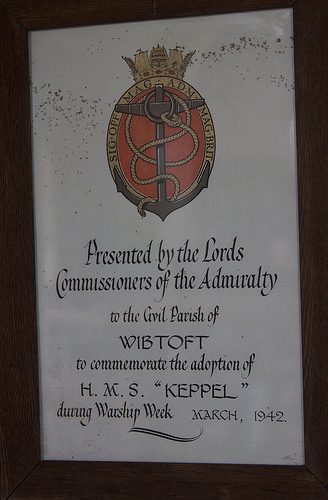 World War II plaque for HMS Keppel adopted by the village. She was a Blackwood Type 14 second-rate anti-submarine frigate that was scrapped in 1979.

The church is still used and well supported by the local community which is pleasing to see. The church is locked but is accessible via a gate and short path. There are no facilities in the village itself but there is Claybrooke nearby or larger Lutterworth.