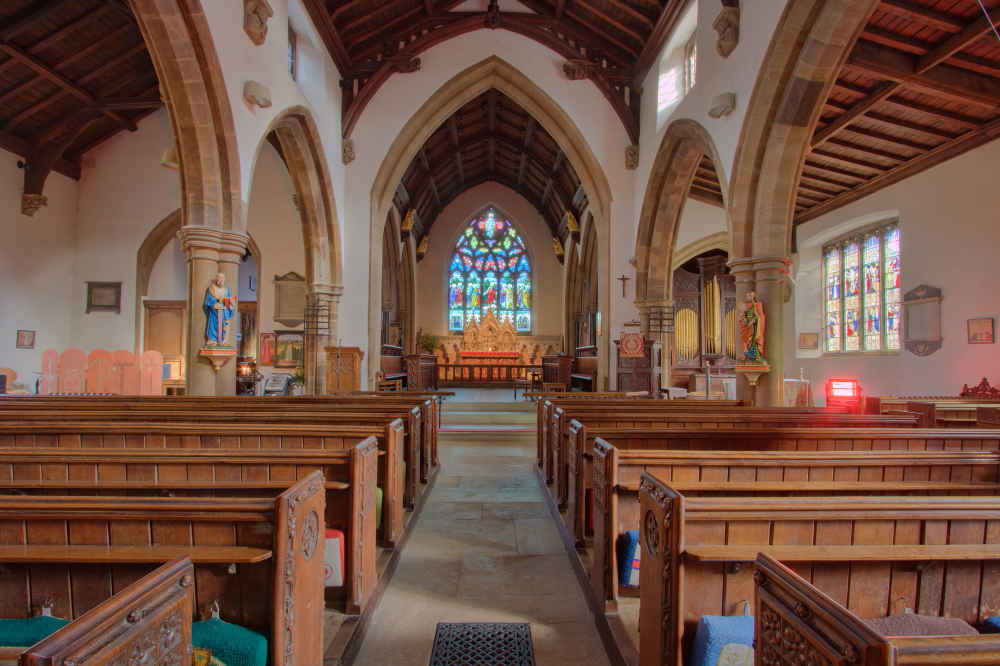 View down the nave towards the chancel and altar. The saints either side of the aisles

Uppingham is an attractive little market town in Rutland with a surprisingly small population of only 4,000. This is swelled by a large number of students (nearly 800) during school term at the large private school which the town is famous for. The town is not mentioned in the Domesday Book and is thought to be one of the seven outlying manors (or berewick) of Ridlington which is a village nearby, now much smaller than Uppingham. 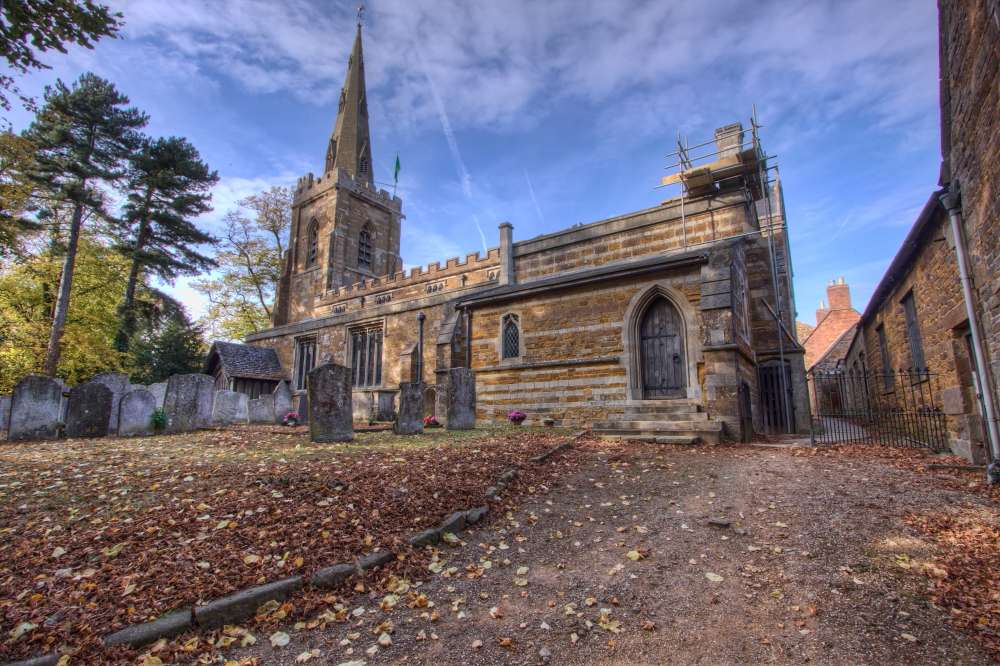 South view of Uppingham Church nearly totally rebuilt in the restoration of 1860.

The town has a small square surrounded by Inns, shops and cafes and from the south side of the square you can gain access to the church of St Peter and St Paul through the north porch. Most of the church dates from the 14th century although there was a major renovation in 1861 but more on this later. The church consists of a chancel, north chapel, south organ chamber and vestry, nave, north and south aisles and west tower with spire. The building is faced throughout with dressed local ironstone in wide courses, and internally, save in the chancel, the walls are plastered. All the roofs are modern, and except that of the south aisle, which is leaded, are covered with blue slates. There are plain parapets to the chancel and aisles, but the nave is battlemented. The wider north aisle is under a separate gabled roof. 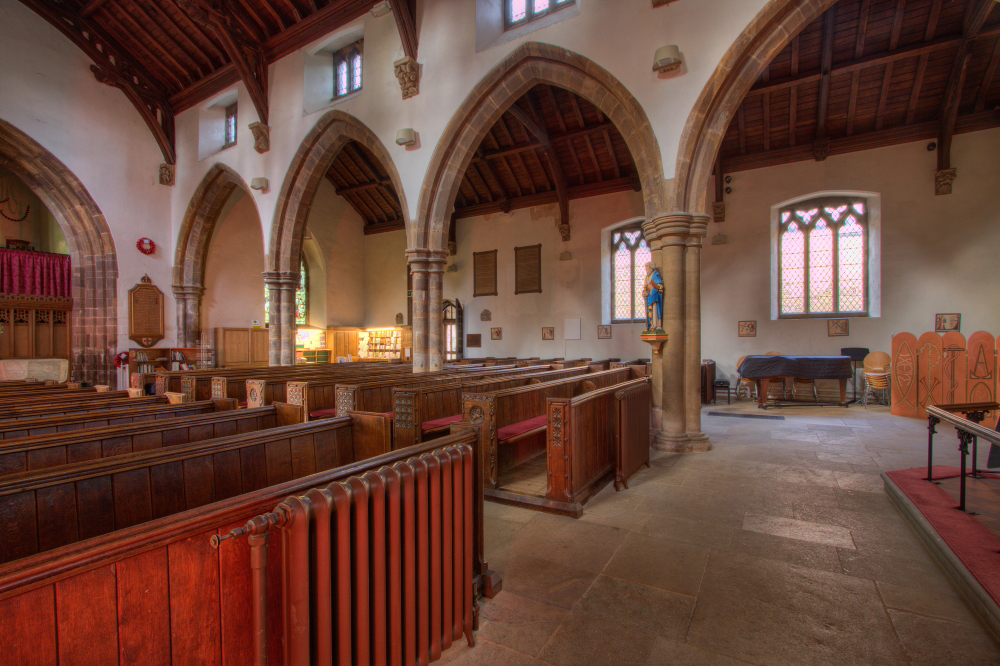 The northern arches and aisle.

There are remains of the previous Norman church with two sculptured fragments which flank the north doorway depicting Christ’s blessing. These were uncovered in the 1860 rebuild and placed there. There are also two more in the North chapel flanking the east window. The medieval font was only reinstated in 2004, the Victorian font is now in the care of Uppingham School. The south aisle has two piscinas a reminder of the presence of many altars (used by various parish guilds), one is half-way down the aisle and 13th century.
Now we come to the Victorian rebuild of the church. The restoration and enlargement comprised the demolition of the chancel and the rebuilding of the east end of the church on its present plan, the extension of the nave a bay eastward, the widening of the north aisle 8 ft., the erection of new porches, and the new roofing of the church throughout. In extending the nave the old chancel arch was rebuilt about 15 ft. further east, and the eastern responds of the arcades were also reused. The north wall of the north aisle was rebuilt ‘stone for stone,’ and the east windows of both aisles were reused in the new east end. The carved angels and stone corbels in the roof also date from this period as does most of the decoration of the church. Between 2002 and 2004 the church underwent considerable repair and reordering. 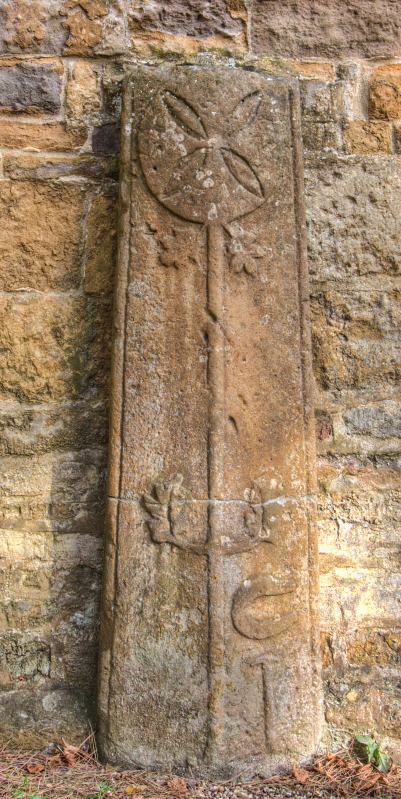 The south-side of the church overlooks a terraced view of churchyard down to the small valley below. It is quite a pretty church and although was virtually rebuilt during the 1860’s is worth a visit and further examination. Access is fine and there is parking around the church and in the square and it is open during daylight hours.