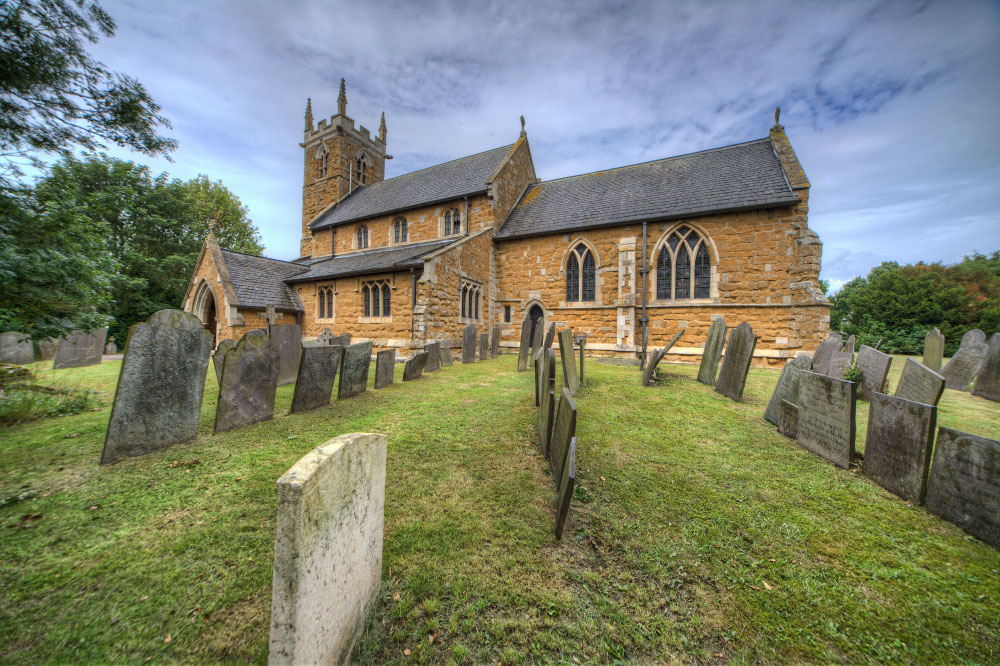 Back to Leicestershire and my slow progress up the River Wreake. The village of Thrussington has a population of around 500 and is a few miles north-east of Leicester just off the busy A46.

The church of Holy Trinity is a small church with nave, chancel, south porch, north & south aisles and west tower. The oldest fabric dates to the 13th century with later additions. There are traces of an earlier south wall visibly externally between the nave and south aisle and in the spandrels of the south arcade. 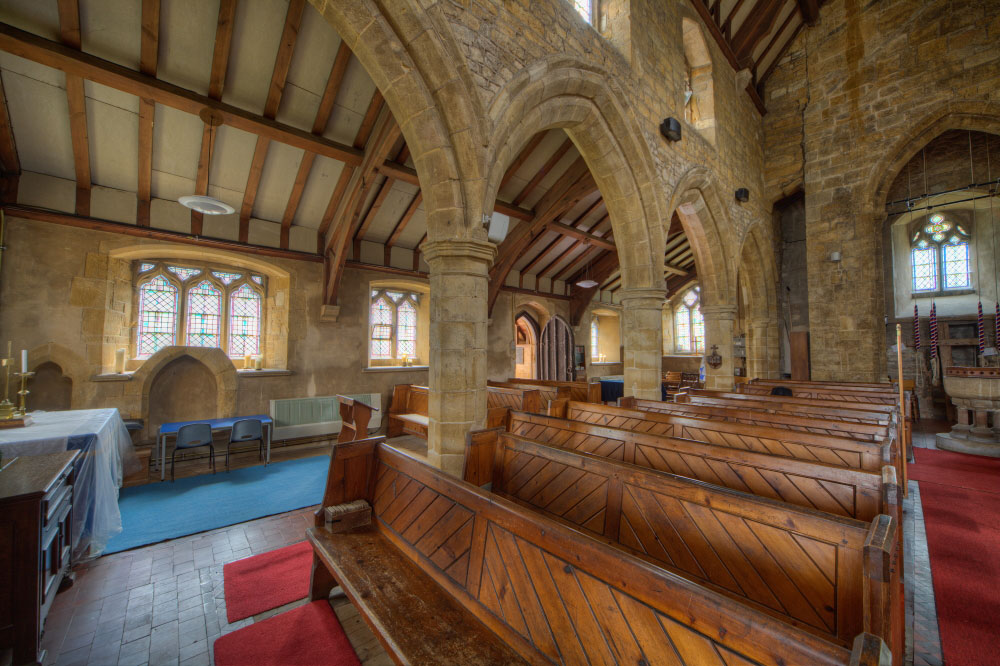 View of the south arcade and aisle, the sedilia can be seen in the south wall

The chancel dates to the 13th century and has a piscina with credence shelf with some ornamentation. The south arcade dates to around circa 1300, it has octagonal piers one with a circular abacus. The church looks rather odd internally when you look to the west tower. This is because the embattled 14th century tower was added and built slightly within the church. Usually a tower is added externally and it is usually a shortage of room to the west that results in a tower being built within the church. Today there seems to be no logical reason why they did not add it as there is plenty of room to west – that perhaps was not the case six to seven hundred years ago. 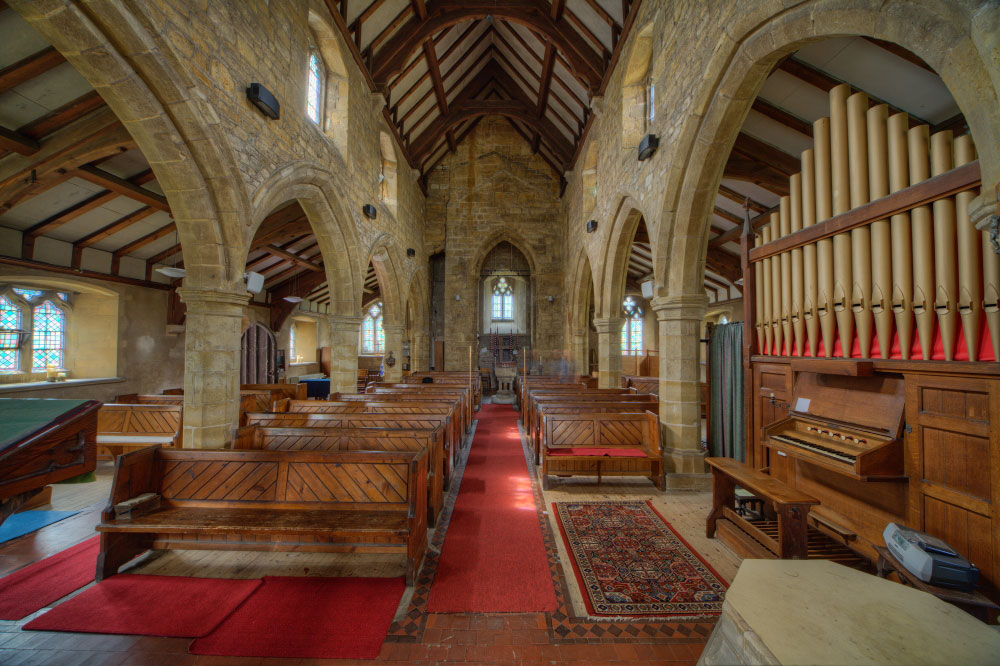 Internally on the east wall of the tower can be seen the various roof-lines the church has had over the centuries which I always find interesting. The north arcade has taller piers than the south and was added later. In 1877 the church underwent a restoration by Goddard & Paget, the pews and chancel furniture date to this period. The font is octagonal with some some carved detail and sits on four piers (probably later) date is probably 14th century. 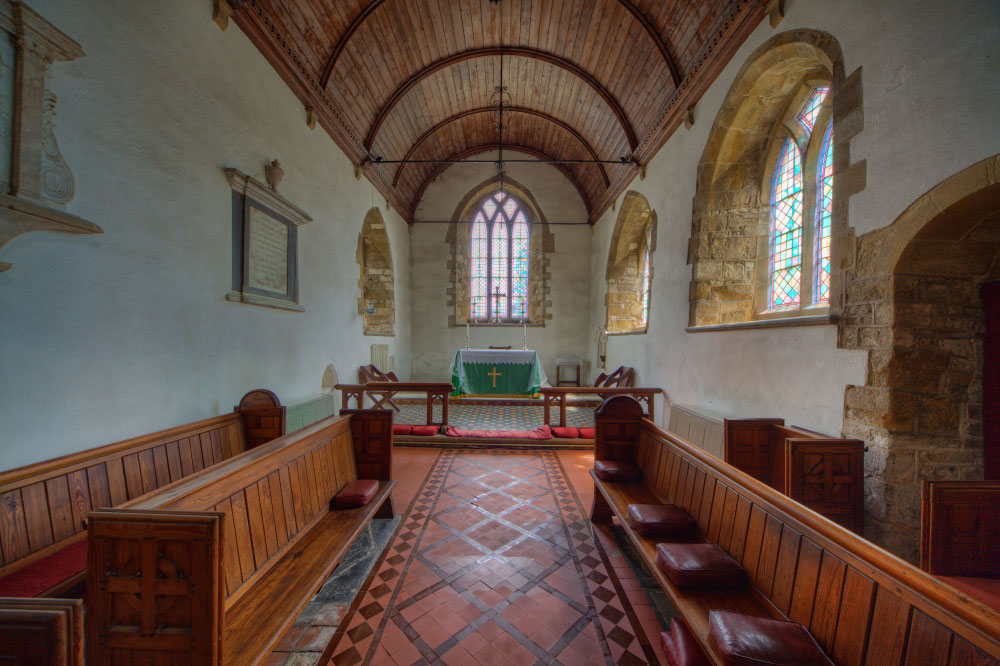 The restored Victorian chancel with furniture fitted at same time.

With its high pitched roof and weathered ironstone tower this church has plenty of character. It does not have any great monuments or memorials but it still has plenty of things of interest and is well worth a walk around. However this church is usually locked outside services so gaining access could be a problem. Although there may be contacts listed in the porch you cannot guarantee they are available to come and let you in, this applies to many churches – although many do not even list any contacts at all.