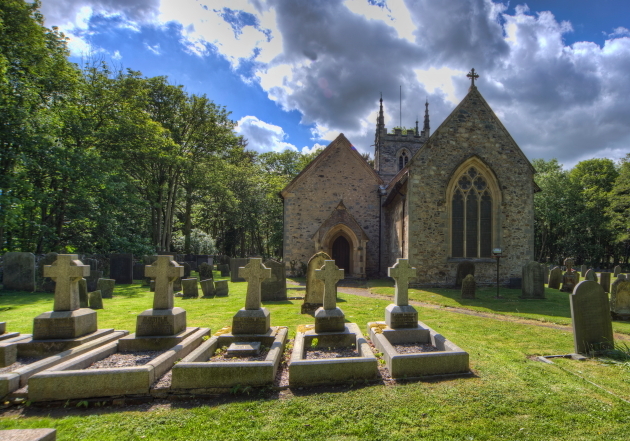 The village of Swithland is well known for its slate which is found all over the county and further a field in churchyards as finely etched gravestones and as roof slates. The slate was probably first worked in the 13th century but with the advent of gunpowder the industry rapidly expanded to around 1740 until under competition from Welsh slate the quarries fell into decline and by the end of the 19th century had all but ceased. Today the quarries are now known as Swithland Woods and there are some fine walks around them and the surrounding countryside in this picturesque part of the county which is very popular with walkers and tourists alike. 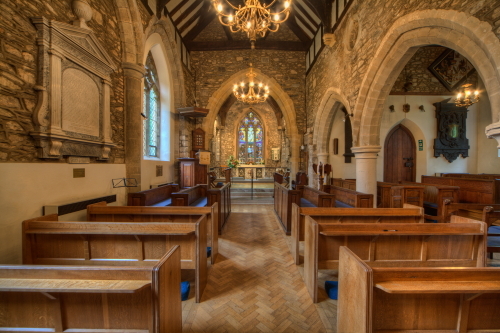 The nave and chancel with the south Danvers aisle to the left.

The long rather sprawling village was mentioned in the Domesday Book when it was given to Hugh de Grentesmainel. The Benedictines at Ware appointed the rectors from 1094 until 1344. The Danvers acquired the manor in 1420 and were involved with the parish until the 19th century, they married into the Butler family and became Earls of Lanesborough.
St Leonard’s consists of a west tower, nave, south aisle and chancel. There have been some additions in 2000 with a very well designed annex on two floors that is accessed through the west tower. 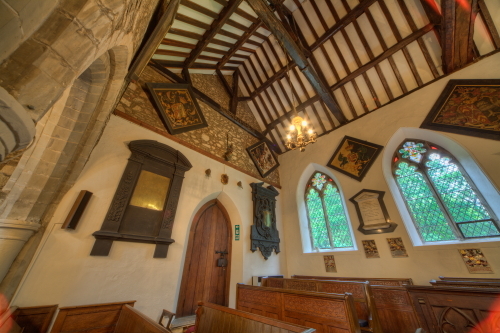 The lower parts of the tower date to the 13th century whilst the rest dates from the 15th century. The pretty south aisle was added by Sir John Danvers in 1727, the north aisle was blocked in and heightened and the west bay has not been re-used. There are some circular and half circular openings in the nave and some of these may date to the earliest church on the site. In the 19th century the east porch was built and according to Pevsner the church was gothicized. There is a 15th century brass in the west wall of Agnes Scott mother of Lady Ferrers with the inscription at the end of this writeup, there are also some other fine memorials in the south aisle including some large slate monuments to the Danvers. The organ inscribed John Snetzler 1765 was the favoured organ builder to George III and John Danvers instructed him to build the instrument for Swithland. 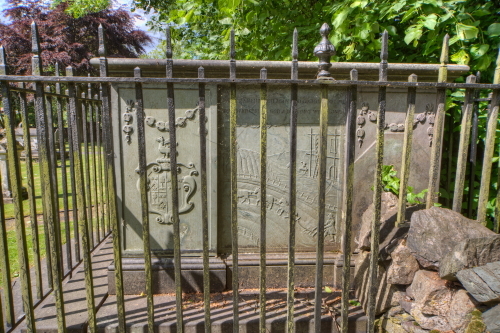 The churchyard is very fine and well cared for, with its lynchgate and views of the church and woods behind it is a ‘picture postcard’ setting. On the east side of the churchyard is the tomb of Sir Joseph Danvers built by John Hind in 1745. It is built half in and half out of the churchyard and legend has it that his favourite dog called Bodyguard is buried in the part of the tomb which lies outside the graveyard. It also has some very fine engravings on the side of the tomb which are worth examining. To the west of the church there used to be rectory now gone where according to legend the daughter of an 18th century rector was murdered by a treacherous butler. The ‘Grey Lady’ is now said to haunt the area so if you do visit keep a lookout for her. 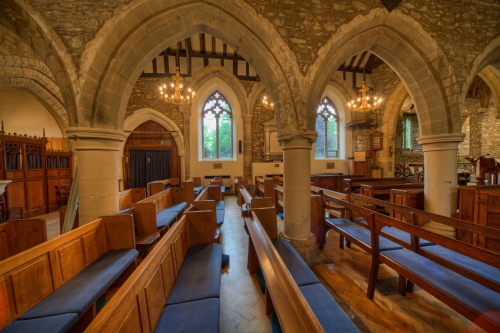 View of south arcade and nave from Danvers south aisle

There is a good pub in the village and other attractions include the popular Swithland Woods and Bradgate Park which are also near. The church is unfortunately locked (even though there is a plaque on the door stating it is open) but the churchyard with its fine slates and other features is worth a visit, and if you are passing you should stop to take a look around.

Enclosed in this tomb lies Agnes Scott
Called the devout mother of Lady Ferrers
Whoever thou shall be: you shall pass by
Pour out thy prayers I beg
I am what thou shalt be
I used to be what thou art
Pray for me, I beg, Pray.