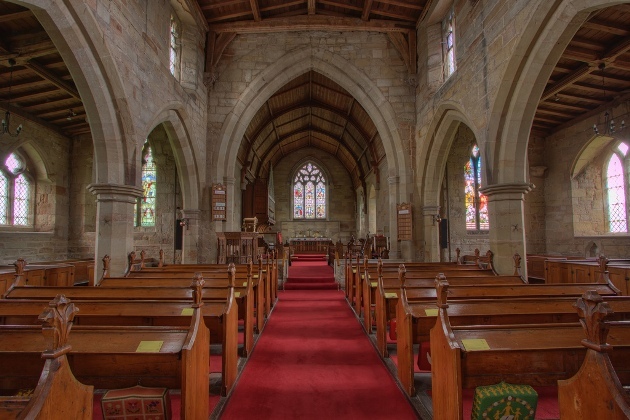 Some 4 miles south-west of Coalville and nearly 15 miles north-west of Leicester is the small parish of Swepstone that also includes Newton Burgoland, the population for the parish was 575 in 2001. The village is recorded in the Domesday Book as Scropestone and after the Norman Conquest the manor past to Henry de Ferrers, who was given 210 manors throughout Derbyshire & Leicestershire for his support during and after the battle, Swepstone was one of these. There was a church probably on the site before the Normans arrived but no signs of this now exists. 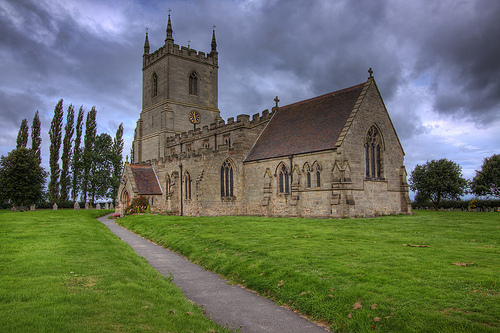 The church of St Peter’s that we see today mostly dates from the 14th century, this includes the nave and aisles. The tower could be earlier but was largely rebuilt in 1842 by cladding the tower in ashlar. Of course the earliest part of the church to be built was usually the nave, this would have been the original church. Later we have additions of aisles, chancels, towers & spires etc throughout the later centuries. The naves were also heightened and clerestory windows added as in the many cases in the 15th century to add more light to the interior of the buildings. In about 1800 AD when John Nicholls was writing his “History and Antiquities of Leicestershire”, the church consisted of a chancel, nave, north and south aisles, porch and large west tower, much as we see today. 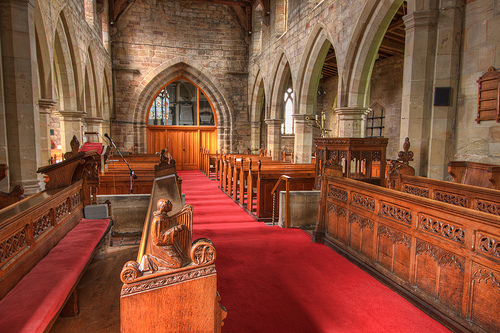 Fine carvings on choir stalls and ends probably from 1869 restoration

In 1842 as well as the tower renovation a Henry I. Stevens from Derby re-arranged the furnishings. In 1869 the chancel was rebuilt in the usual Victorian style and in the following year the nave and aisles were also restored. Most of the funds for these restorations were donated by the Revd. W.C. Hodgson. The plaster was removed from the walls, the stonework re-pointed and the windows re-glazed. The porch was also rebuilt and the churchyard extended. 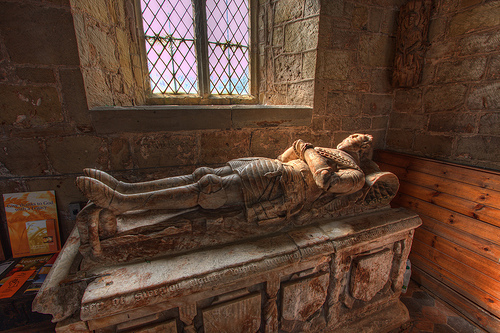 The plain circular font is probably Norman and is by the south door as are two alabaster tombs. One has a knight in full length half mail, with sword and gloves. This is William Humphrey who died March 3rd 1591. Across from his tomb is a stone monument to a unknown lady who is dressed in a wimple, this probably dates her to the 14th-15th centuries. The Charnel and Trussell coats of arms are cut in the stone. 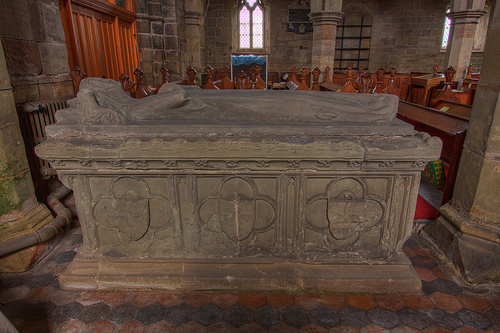 I do like Swepstone church, its sits on a prominent position and during Christmas they have a star on top of the church that can be seen for miles. This church has nice character and with its monuments and other features is worth a visit. They have information and pictures on the link below and you can see that the village has a thriving community with the church. There is a public house in the village and parking is possible outside the church. This church is not open outside of service times but they do hold events so keep an eye on the events calender on the ‘church directory’ menu. or visit their website.

The church at Swepstone is usually LOCKED. More information here.