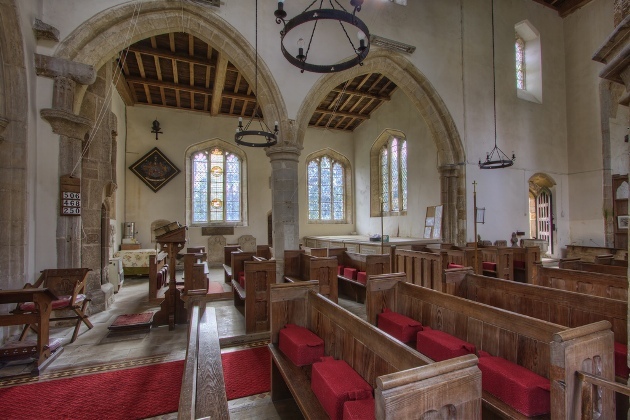 A fantastic interior awaits those who visit – but its locked

The very small village of Stockerston is situated in the south-east of Leicestershire, very near to the county border with Rutland and near to the Eye Reservoir. It has no centre as such and the church and Hall are seperated from the village by a short road. 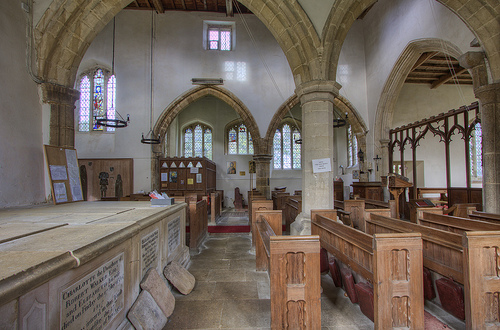 View across the aisles, the large slab tombs can be seen on the right.

The church is first mentioned in 1220 when a ‘Sampson’ was the main patron. The church today dates from the 15th and 16th centuries when it was largely rebuilt by John Boyville, Lord of the Manor. The church consists of a west tower, north & south aisle, nave and chancel and although some of the farbric dates from the 13th century much of it is later. The tower has large triple belfry openings, a quatrefoil frieze and battlements there are three bells, but it is unsafe to ring them. 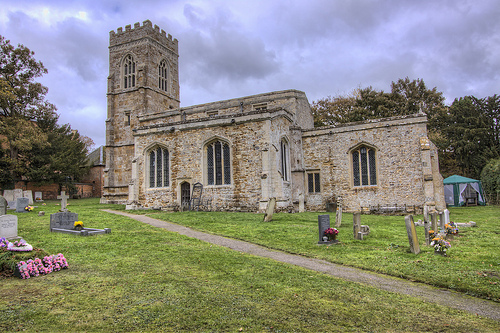 South view of church, the external staircase protrusion can be seen at west end of chancel

The interior has much to delight the visitor with many interesting features and items. On entering the church there are wooden panels with two monumental brasses. They were originally in the chantry chapel floor and fine examples. The headless man is John de Boyville the Lord of Stockerston clad in armour who died in 1467. He may have fought in the War of the Roses, his wife Isabella Cheney is on his left side. To the right are the figures of Sir Henry and Lady Southill. There is plenty of medieval glass in the church and above the brasses is St Christopher carrying his staff and bearing the Christ child on his shoulder. By the door are some medieval wooden bench ends and the Victorian font. 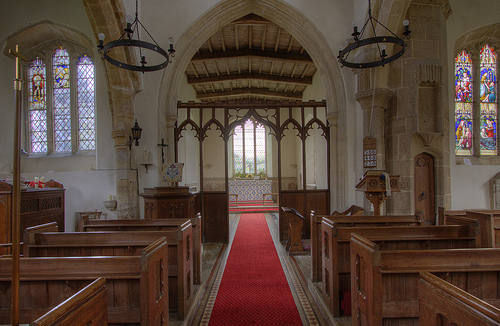 View of nave and chancel, the staircase turret can be seen on the left on the picture

In the north-east corner of the south aisle is the fine stair turret that led to the rood loft. To the east we have the massive table tomb of the Walker family. The Walker family were Lords of the Manor in the late 18th century and early 19th century. The tomb takes up nearly a third of the area of the south aisle which originally was a chantry chapel dedicated to St Mary who probably would have had a statue in the niche of the rood staircase. 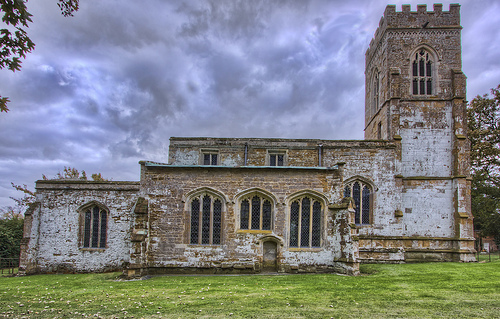 North view of the church with the filled in north doorway.

In the north aisle there would have been a altar against the east wall long since gone. But there is a worn alabaster tomb to a unknown man. The north aisle also contains much old glass.

There is plenty to see and admire at St Peter’s, but it is unfortunately locked outside of normal service times. There are no facilities in the village itself although Uppingham is only a couple of miles away and has plenty of amenities.