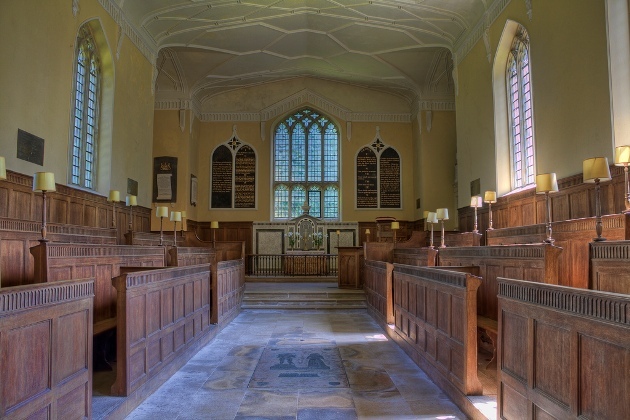 The fantastic interior at Stapleford

The ‘new’ Gothic church at Stapleford was built in 1783 and dedicated to St Mary Magdalene. This church was part of the manor of Stapleford which was given to the Ferrers family after the Norman Conquest. In 1265 the family chose the wrong side in the second Baron’s war and most of their lands were forfeited. The manor changed hands several times until it came to Robert Sherard in 1402 where it remained in the family for nearly 500 years. 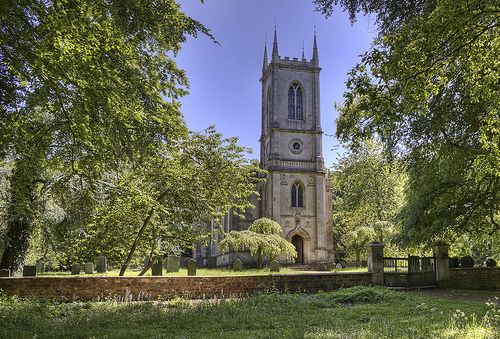 The ornate tower of this fine gothic church built in 1783

The church sits in the grounds of the Hall and Stapleford Park which is now an upmarket hotel and leisure complex. The village of Stapleford such as it was dwindled due to the enclosures and the changes to the estate and hall.

The 4th Earl made great changes to the Hall and gardens in the 1780’s, as well as replacing the church at Stapleford, he also replaced the estate churches at Teigh and Saxby using George Richardson as the architect, who later did some major work at Kedleston Hall. 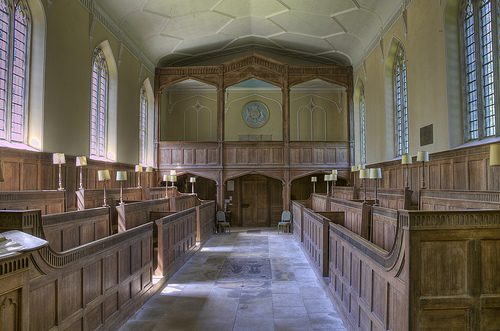 The west gallery and nave area

The church exterior of smooth limestone ashlar is very fine, surrounding the outside walls are heraldic shields of the families allied by marriage to the Sherards.
Inside we have a spacious light filled nave with the pews facing each other on the north and south walls, there is a chancel at the east end with a timber gallery at the west end for the Sherard family use, this even has its own fireplace to keep his lordship warm during the winter months, the church is in fact more a family chapel than a parish church. 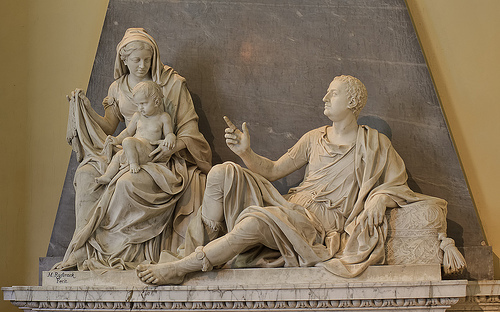 There is a plaster ceiling that has a very shallow arch which gives the whole building a light open aspect, this is of course helped by the large windows. There are also a couple of fine monuments to the family, in the south recess of the chancel there is the tomb of Sir William Sherard ennobled by Charles I. He died in 1640 and the tomb of himself and his wife Abigail is a great marble work with effigies of their children, this of course was made for the original church but placed here when the new building was complete.
The north recess is the tomb of the 1st Earl of Harborough again taken from the old church as he died in 1732. This work by the Flemish sculptor Michael Rysback is a work of art, the Earl and his wife with their infant son (who died young) are resplendent in their Roman dress, it is worth a visit to the church just to see this monument. 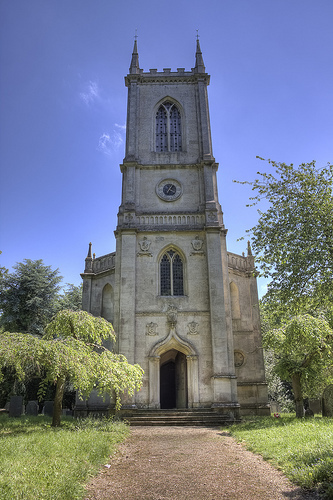 The fine Gothic tower at Stapleford

Access to the church is via Stapleford Park and it is signposted. As at Garthorpe church this is administered by The Churches Conservation Trust and is open most days.
There is some literature on the site and a honesty box. On all my visits here I was the only one, a very peaceful church in lovely surroundings.
There is some parking nearby, wheelchair users will be able to visit although there are a few steps. It is surrounded by trees, probably not the best time of the year to photograph the outside!
There are no amenities nearby although there is the Hotel (in the Hall) – although be warned it is expensive.