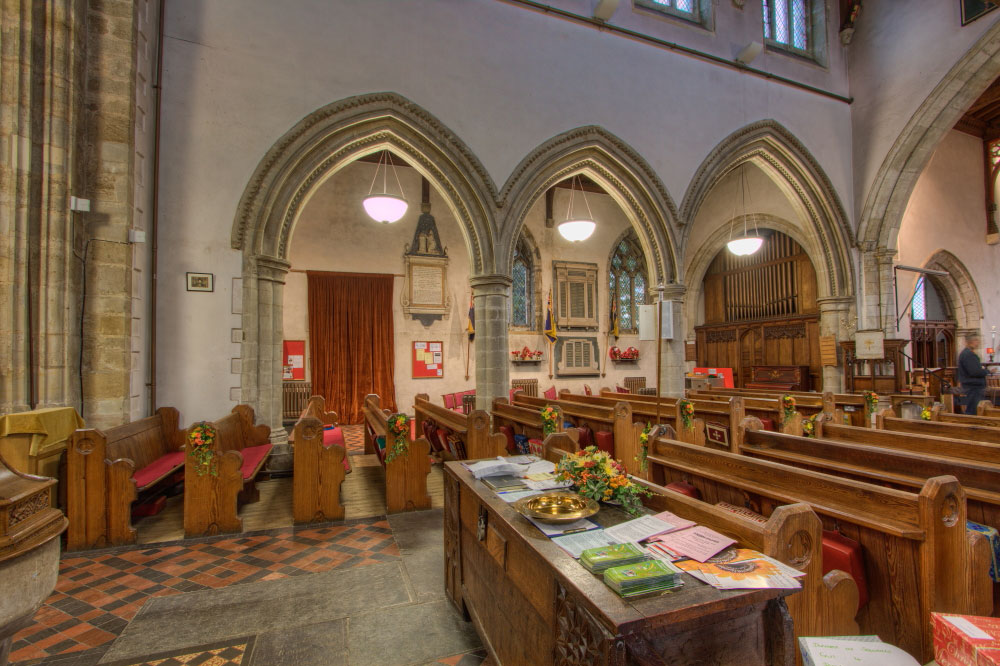 Sileby is a large village some 7 miles north of Leicester. The population in 2001 was approximately 6,300.

The village probably dates back to the Danes who settled in the area in the ninth century. The village was recorded in the Domesday book where the land was split between three landowners one of these being the King. The village is quite large now and the church of St Mary is a large and impressive building that sits on the high ground near the centre of the village. Most of the structure dates from the 13th-15th centuries but there was a restoration by A. W. Bloomfield in 1878-80 who replaced the east chancel window and completed other works. However much of the original fabric remains. 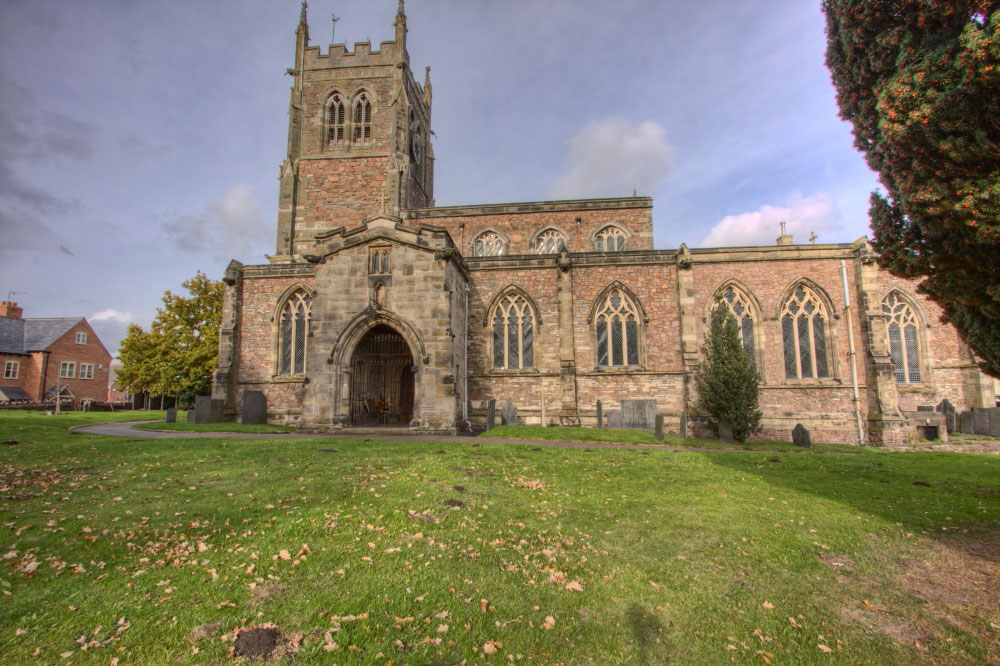 Sileby Church Exterior from the south with the two storey porch

The church consists of a nave, chancel, north & south aisles, west tower and south porch. The north door has a dogtooth hoodmould dating from the 13th century and traces of two thin shafts with dogtooth between.

In the 14th century the tower and aisles were probably added with the two chapels at either end. The west tower is very fine with clasping buttresses in the first three stages and diagonal ones on the top stage. Only the bottom stage dates from the 14th century with the other stages being later additions. The internal arch from the tower is very elegant with it tall arch and smaller ones to the aisles. The south porch is unusual in having two floors and dates from the Perpendicular period which stretched from the late 14th century to the early 16th century. The clerestory, nave roof and the fine craved corbels also date from this period. The corbels depict grotesques and are very interesting. I had a bad day with the camera at Sileby and the pictures I took of the heads were out of focus – a return trip will have to be undertaken when I am nearby. 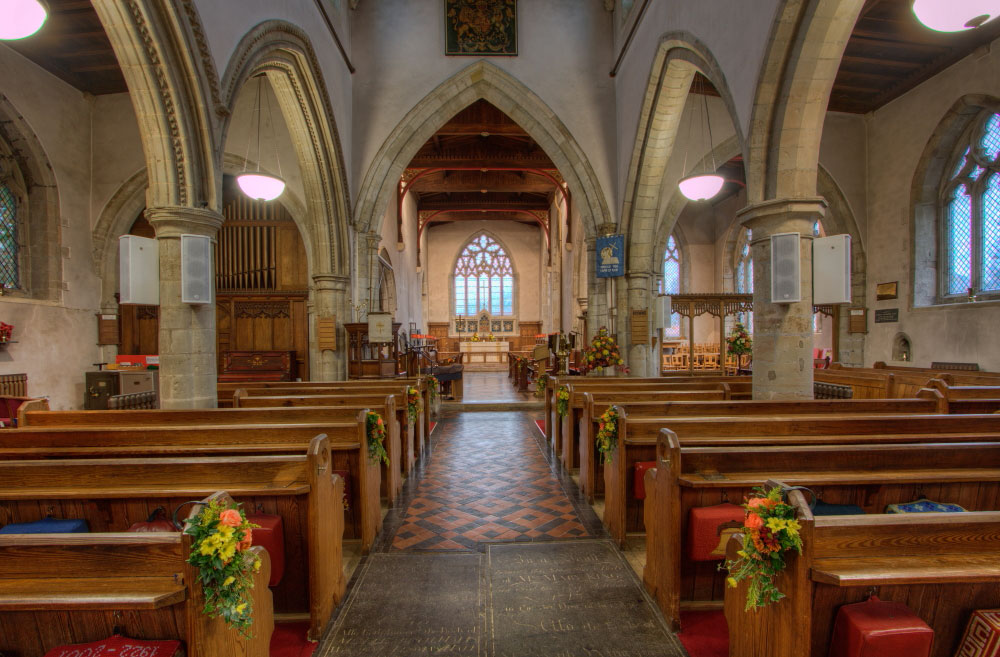 The three bay north arcade has some nailhead decorations and hoodmoulds with much dogtooth. Unusually the east bay’s are larger and higher than the other two bays and there may have been intended a ‘transept’ arrangement at some point. The font dates from the early church and is probably 13th century. St Marys is an impressive village church; it has good proportions and seems very light and spacious. They have some interesting monuments around the church and at the west end of the north aisle have built a well designed kitchen and toilet facility.

The church is usually locked unfortunately and there is only limited parking by the church. Access for disabled visitors may be problematic because of this. There are plenty of amenities in the village itself for refreshments.