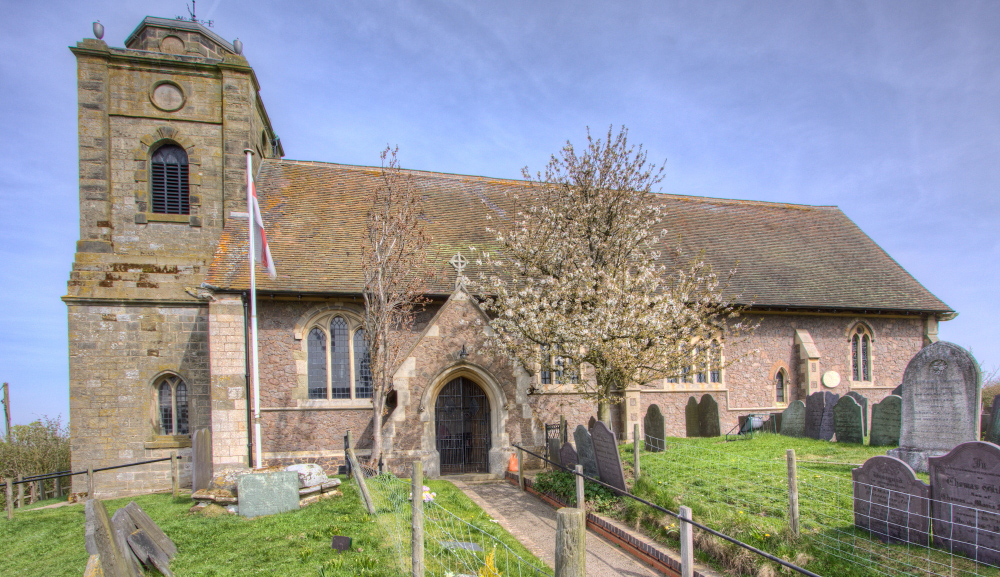 The unusual tower is topped by an octagonal cap

Mentioned in the Domesday book as Seuesbi/Suesbi or Sueuesbi this small village in south Leicestershire is probably named after a farm or settlement. Alternatively it may be used topographically to describe the the hill on which the village stands. The village is nearly nine miles south of Leicester and in the Harborough district.

Nearby to the village is the Shearsby Bath a restaurant and ‘wedding venue’ that is sited on a ‘Holy Well’. It was a spa that was popular during the first half of the 19th century. The waters were held to be efficacious in treating skin diseases, indigestion, rheumatism, bilious and nervous disorders. Analysis of the mineral content revealed the major constituents to be sodium sulphate and common salt (sodium chloride), By 1855 it had fallen out of popularity and today the ‘Bath Hotel and Shearsby Spa’ now remain as Shearsby Bath. 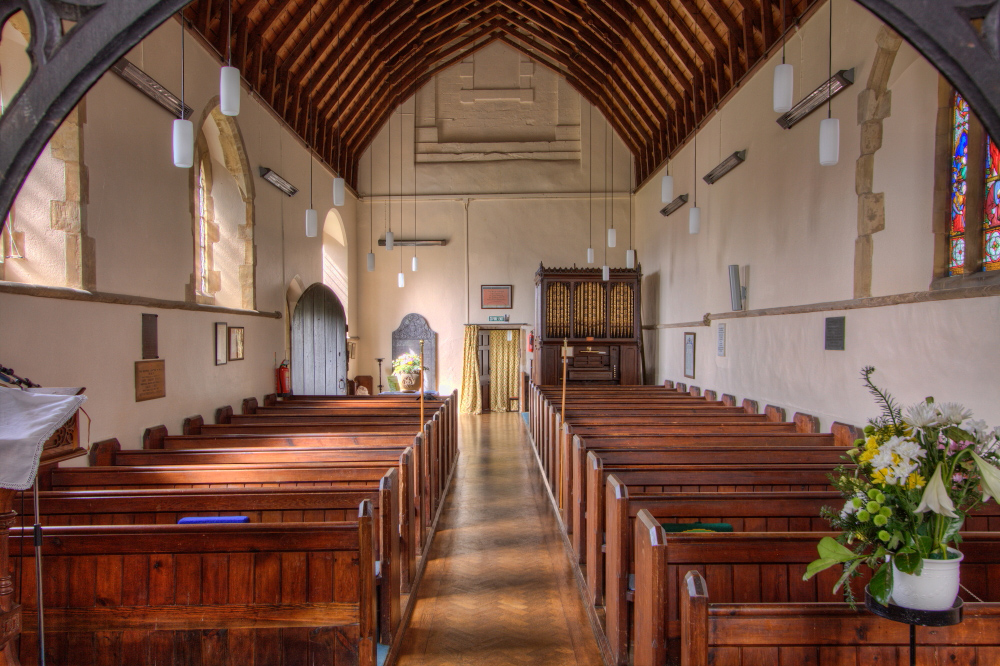 View down nave to west tower door and vestry. Note the window in west wall of tower now blocked probably after the roof was raised. Below the organ and doorway to vestry.

The church has little of the original fabric although the sedilia, piscina and a crude statue in the north wall of the chancel probably date from the 15th century. The church perched on a hill has a 18th century tower, south porch, nave and chancel.

The unusual Georgian west tower built in 1789 is ashlar faced and topped by a small octagon. The memorial urns are more modern and placed at each corner on the top of the tower. The west doorway has a quatrefoil window over and above an ogee arch. In 1856 the church was restored by F. W. Oridish who restored the interior and the high-pitched roof. The side walls were also rebuilt but were temporarily ‘jacked-up’ and in 1872 J. Goddard faced them with Enderby granite. 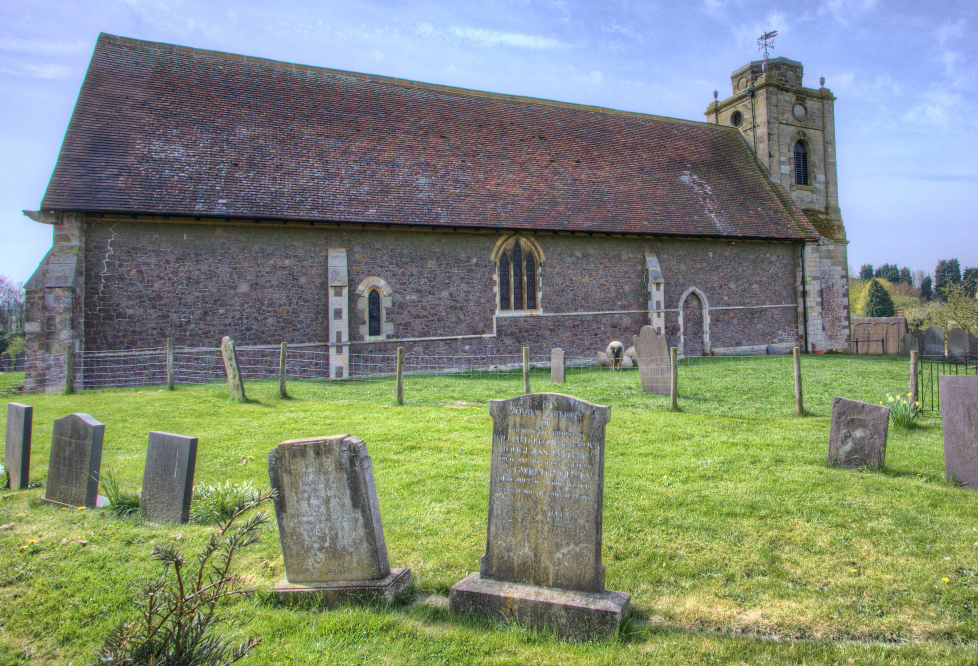 The north view of the church and the very steep roof here is nearly as high as the tower.

The porch was added in 1877. The stone pulpit is unusual and seems completely different to the rest of the styling within the church which overall has a pleasant character. There are facilities in the village but the church is usually locked outside of normal services.