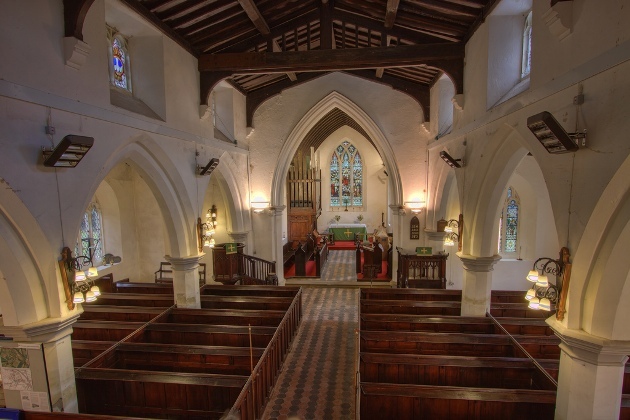 Nave and Chancel of Shackerstone Church

Fourteen miles west of Leicester and some 3 miles north-west of Market Bosworth is the pretty village of Shackerstone. The village is renowned for its Battlefield Line Railway which runs trains from here to Bosworth Field where in 1485 Richard III was killed. The village also has the Ashby Canal running around the village to the north. In the first week of September the village hosts the Shackerstone Festival which brings the canal, railway and village together with vintage cars, stunt planes and other events during the two days of the weekend. 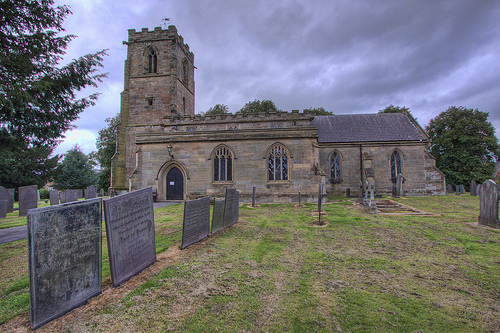 There was a Saxon settlement at Shackleton and the village was included in the Domesday Book as ‘Sacrestone’ which could have the meaning of ‘Robbers Farmstead’. After the Norman invasion the church was held by the Priory of Coventry and there would have been a church on the site probably at that time. In the 13th century we have the record of a Matthew Saracenus as rector in 1220 so we know a church was here by then. 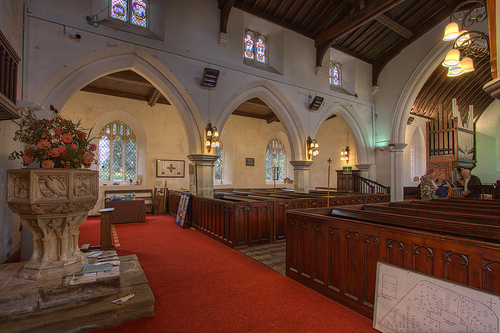 View of north aisle and nave, the font is nicely carved

The Augustinian Order via the Prioress of Harewold acquired the church in 1416. The Prioress was the major factor in rebuilding the church during this time, and the church tower dates from this period.
At the end of the first English Civil War in 1646 the Rev. John Hodges was brought before a parliamentary sequestration committee for deserting his parish to join the Royalists at Ashby de la Zouch. They charged him with frequenting the alehouse on Sundays and ejected him from the living. By 1811 when Nicholls, “History of Leicestershire” was published the church had fallen into disrepair and the south aisle was in ruin, the parish is also described as ‘poor’. In fact in 1789 the parson could not afford to stay in the village due to lack of a ‘living’ and moved as a curate to Arden in Warwickshire. He states that the previous rector had run down the parsonage and had died insolvent in gaol. The vicarage was “so entirely let down as that no sign remains of there ever having been one”. 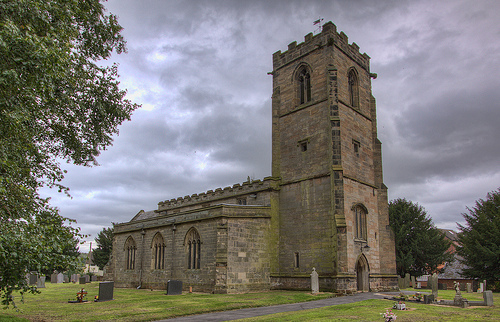 Early in the 19th century the patronage of the church passed to the Howe family of Gopsall Hall (sadly knocked down in the 1950’s). In 1845 Lord Howe rebuilt or renovated nearly the whole church apart from the tower. The chancel was shortened by a bay, the south aisle was rebuilt and the nave and north aisle restored. He also installed the present box pews and balcony. In 1898 and 1900 further work was undertaken and the roof underwent major repairs. In 1920 the east window was installed as a memorial to the men of the village who lost their lives during the First World War. In 1945 another glass window was installed at the east end of the north aisle for a parishioner who died during World War II. 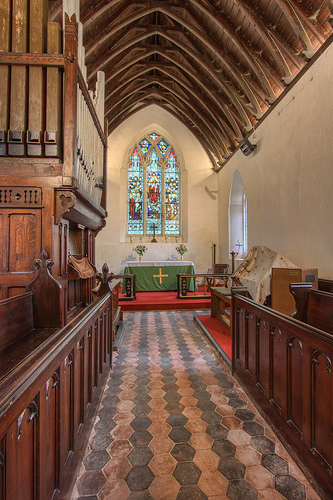 The nave and chancel, this spacious pretty church with its whitewashed walls is a worth a visit

The church is sited in the centre of the village surrounded by small streets and houses. It looks and feels like a typical small English rural village and it plays its part very well. The church itself is light and airy and they have an interesting display on the history of the church and village. There is also plenty going on around the village with its nice canal-side walks, or even a trip on the railway and back to Bosworth Field. There is a good pub opposite the church called the Rising Sun which seemed very popular.