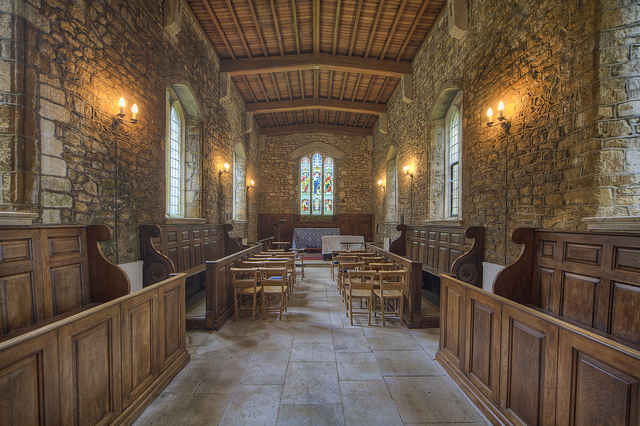 The small hamlet of Rolleston is around 7 miles east of Leicester near to Billesdon. You may wonder whether you are actually allowed to drive to it, as from the B6047 from Billesdon it looks like a private road with its gated entrance and cattle grid but I can assure you it is public right of way.
Rolleston was known as Rovestone and Roheston in earlier days and was a hamlet connected to Billesdon. In 1270 it appeared that Roger de Quinci held the manor and also Roger de Zouch. In the 14th century John de Cobham held a manor in Rolleston who distinguished himself in several French wars probably with the Black Prince during the reign of Edward III.At the parliament held at Shrewsbury in 1399 John de Cobham was impeached of high treason and condemned to death with the loss of his estates. However the King gave him his life and on the accession of King Henry IV he recovered his estates. 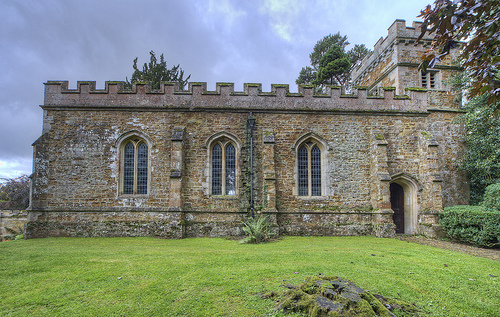 In 1535 the manor became the property of the Crown (it was held by the Prior and Convent of Carthusians at West Fields until Henry VIII dissolved the religious houses) and King Henry VIII passed the manor to Richard Dixon and his wife. By 1606 the manor was sold to William Sharpe who in 1650 rebuilt the free school at Billesdon.

The Greene family held the manor in the 18th century, and in 1731 it passed to Rev. Henry Greene who lived in the nearby Hall. He employed John Wing (the elder) to rebuild the church in 1740, John Wing had also rebuilt the nearby church at Gaulby. In 1861 the estate was bought by the Heap family and in 1896 they sold it to Lord Churchill (Winston Churchill’s cousin). He built several of the cottages and estate buildings and in 1902 was created Viscount Churchill of Rolleston. In the same year he inserted the East Window in memory of his mother Jane, Lady Churchill. During World War II the house was used by the Red Cross as a convalescent home for servicemen. In 1954 it passed to a daughter Fritz Eske who unfortunately demolished the Hall and built the new one. 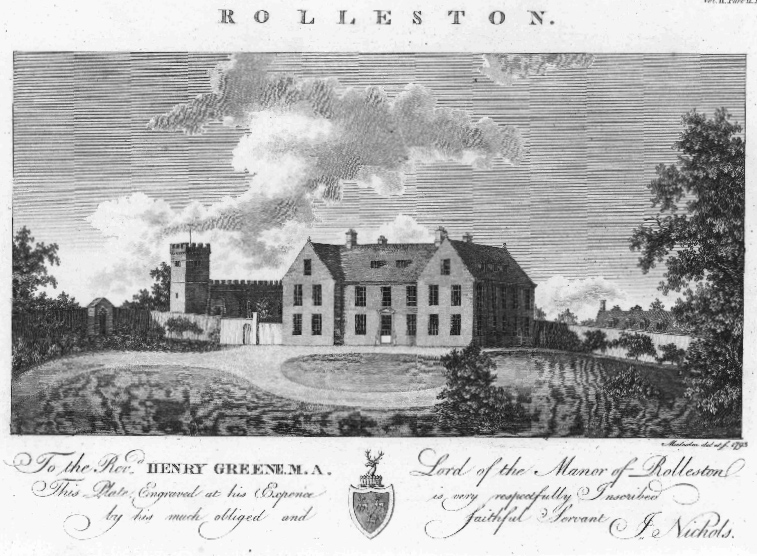 This small chapel consists of a west tower, and nave and chancel all in one. The tower is the oldest part of the church dating to the 13th century but the top stage with its battlements dates from the restoration in 1740. Before the 1740 restoration there was a monumental slab to one of the Sharpe family and reports of a cross in the churchyard. The font is plain and octangonal. There was a further restoration in 1899 when the windows were replaced. In 1962, the Church was again completely restored by Erica Eske. There are some plaques memorials to various members of the Churchill family on the walls. 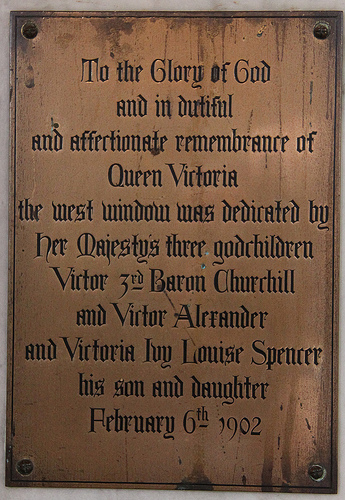 Next door is Rolleston Hall which replaced an earlier structure. Built in 1955-58 by Robert Cawkwell it is a pleasant looking building but it is a shame the original one has disappeared. There was some bad damp in the walls at Rolleston caused by some blocked spouts on my visit – hopefully this has been examined as I reported it to the DAC who look after the maintenance of the churches. 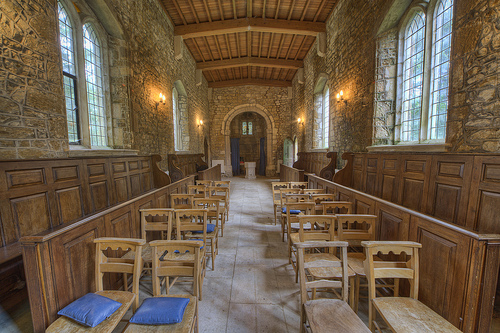 The village (if you can really call it that) feels rather reclusive with little to report. If you want some amenities you need to visit nearby Billesdon which has more character in my opinion. The church is hidden behind some pleasant woods and cannot be seen from the road, there is some limited parking space near the gate that leads down to the church. You cannot drive down there but you can walk down passing stables on the left hand side, it is public right of way. The church is open and I would visit if I was passing but it is perhaps not worth a trek out for a specific visit, perhaps make a good stop before visiting Billesdon Church.