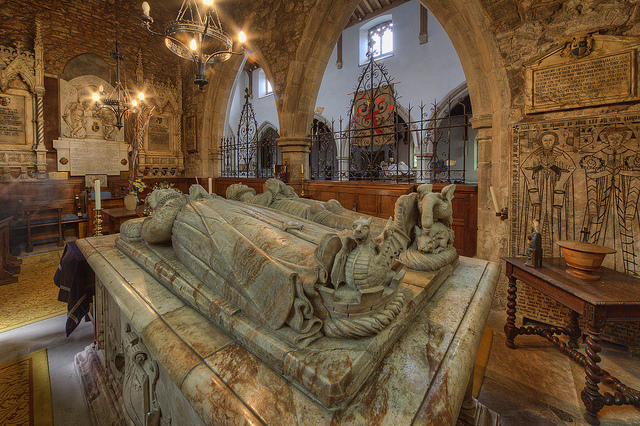 Quorn Farnham Chapel with its amazing array of monuments

Quorn (also known as Quorndon) is situated 3 miles South of Loughborough and 12 miles North of Leicester, in the district of Charnwood.
Quorn was not mentioned in the Domesday Book, but the first documentary evidence for the Church appears in the will of Ranulph, fourth Earl of Chester who died in 1153. He gave the Church at Barrow (founded in 1138), together with its ‘chapel at Quorn’ to ‘the Abbey of St Mary in Leicester’. This means that ‘Quorn Chapel’ must have been built between 1138 and 1153. The earliest parts of the Church are the rounded Norman arch on the South door, and the nave and chancel of Mountsorrel granite. 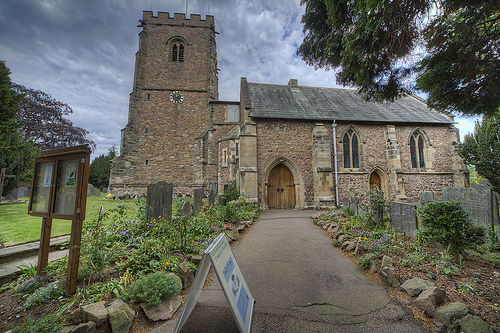 Originally Quorn was not a separate Church in its own right, but belonged to the mother Church of Barrow upon Soar and the Priest was classed as a Curate of Barrow. It was not until 1868 when Quorndon became an ecclesiastical parish in its own right. Another major event in the Church’s history was in the early 1980s when it merged with Quorn Methodist Church to become St Bartholomew’s United Church, Quorn.
Quorn Church is somewhat of a rarity as it has the Farnham Chapel on the South side, which is one of the few remaining private family chapels within a Parish Church. The Farnham Chapel is still in the ownership of the Farnham family and can only be opened with permission of the trustees. The main access is through an external door, which can be seen on the opposite wall as you look through the internal railings from the main Church. There is a small gate between the main Church and the Chapel, but this can only be opened from inside the Chapel. The plaster screens between the arches which separate the Farnham Chapel from the main Church, are 16th century. 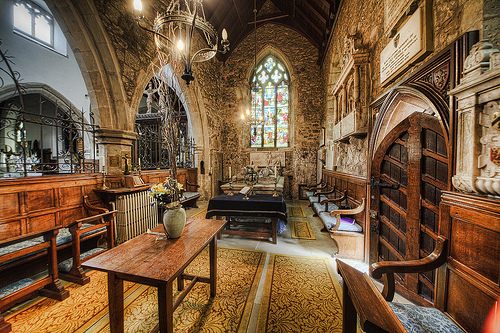 Farnham chapel with it's private seating and seperate entrance.

The Farnhams arrived in Quorn in approximately 1243 when they were first granted land in the area. In 1392 John Farnham built the first ‘Farnham Chapel’ on the South side of the Church. This was about 150 years after the earliest parts of the main Church. A similar sized chapel was also built on the opposite (North) side by the Nether Hall (Quorn Hall) branch of the family. When the Nether Hall branch died out, the North aisle came into general use. The Farnham family continued to live in Quorn House on Meeting Street in the village, up until 1993, having fulfilled a unique position as Quorn’s local squires and gentry for 750 years. 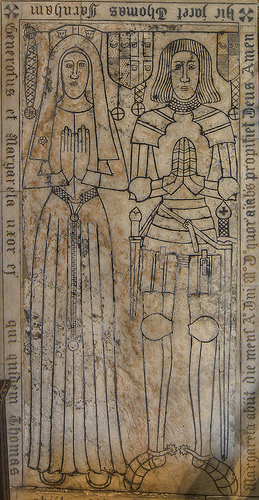 The Farnham Chapel contains many fine memorials. The most impressive is probably the large ‘table tomb’ which contains the remains of John Farnham, who died in 1587. He was a ‘pensioner’ (courtier) to Queen Elizabeth I. On top of the tomb are the striking effigies of John Farnham and his wife Dorothy Walwyn. 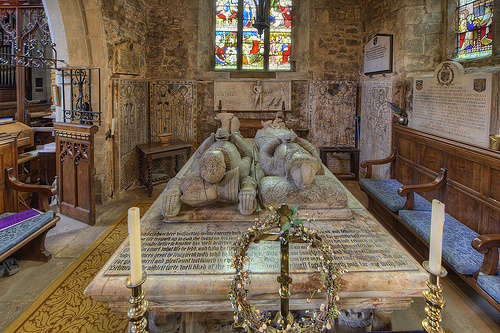 The fine monument to John Farnham (d. 1587) and his wife Dorothy Walwyn

Up until the late 1800s there were pews in the Farnham Chapel, however in 1887 there were major alterations. The pews were replaced with oak stalls, the floor was replaced, but most significantly the monuments of the Nether Hall family – including the large ‘table tomb’ – were moved from the North chapel in to their current positions in the present Farnham Chapel. 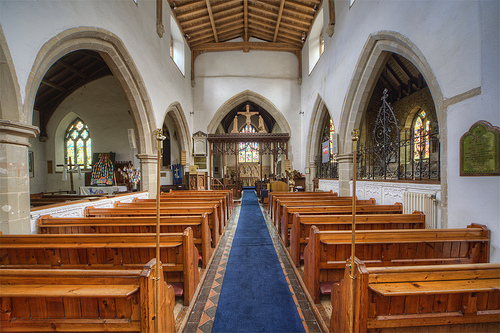 The nave and chancel which underwent a Victorian restoration

The main body of Quorn Church is very welcoming and has many interesting features, windows and memorial tablets.
In one corner of the Chancel is a ‘squint’ which goes through to the Farnham Chapel. The squint is a small slot shaped window that was once on the exterior wall of the Church. It allowed lepers and other ‘undesirables’ to see the main altar, without entering the building. 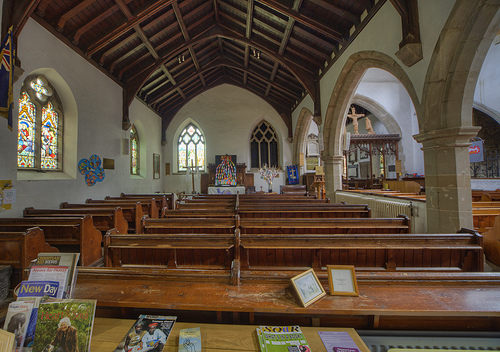 In the North aisle can be seen the ancient dugout oak chest. This is thought to date back to the 13th or 14th century or even earlier, and was used up until 1813 for the storage of all parish papers, records and accounts. In 1812 an act was passed requiring that churches used an iron chest.

The square Church tower dates back to the fourteenth century and contains the choir vestry and a full peal of eight bells. In 1965 a serious fire started in tower and caused extensive damage to the bells, the roof and other parts of the Church. 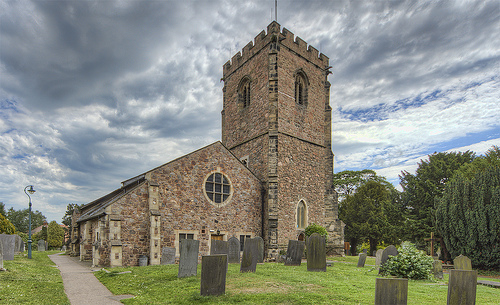 A small leaflet is available inside the Church as a brief guide with transcriptions of the memorial tablets. A more detailed historical booklet is also available for a modest charge. Quorn has an active interest in recording its local history, including that relating to the Church. A vast and fascinating archive of information can be found at Quorn’s Online Museum website www.quornmuseum.com.
Access to the Church is via one of four paths. Two lead from Station Road and one from each of Nursery Lane and Church Lane. Paths have a slight gradient but no steps. Parking is available on a large free car park on Station Road. The Church, in common with many others, is not open all the time due to security worries, but a very good time to visit is between 10.00 am and 12.00 on Saturday mornings, when tea, coffee, biscuits and a warm welcome are offered. In addition, there are many pubs and restaurants in the village serving excellent food, both for lunch and evening meals.

Thanks to Sue Templeman for the write-up on the church ar Quorn and also organising access to the chapel.