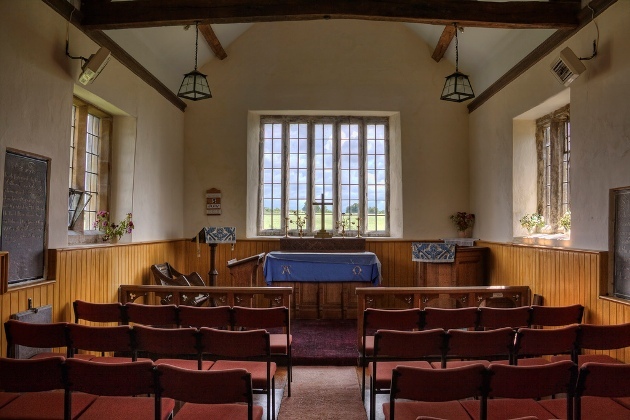 The smallest church in Leicestershire?

The manor of Potters Marston near Croft now consists of nothing more than a Hall, small chapel and a few other properties, and is classed as one of the lost villages of Leicestershire. There are few records of the manor, but evidence of it’s craft are still found when ploughing in the area – pottery. There was a community here in around 1250 probably already making pottery – hence the name. In 1939 the site of the old village was located in preparation for the cultivation of wheat, it is believed that the village was reduced by the Black Death. 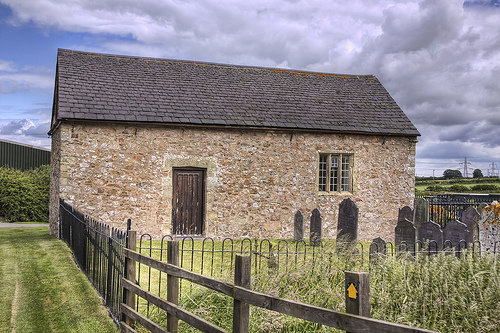 Entrance on south side the chapel dates from the 15th century

The Hall which you pass on the way to the chapel has parts dating from the 15th century, there is still evidence of a moat and there is also a dovecote.
The Hall has been refaced in brick and various other changes made over its life, it has a large 15th century south chimney. The Vincents obtained the manor in the 16th century from the Crown for £240, they then sold the estate to a John Plumbe of Narborough who died there in 1616. His son sold the manor and the Boothby family owned the Hall from 1630 to 1776, various other families have owned it since and it is in private hands. 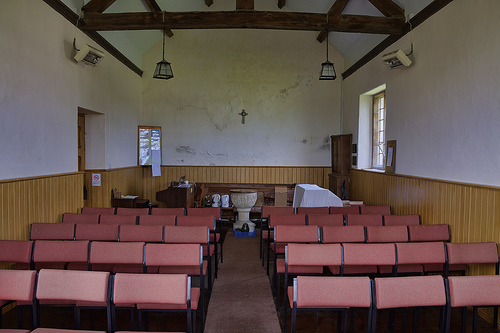 The modern seating in the chapel and west end

The chapel dates from the 15th century and is one of the smallest in Leicestershire at 38 feet long and only 19ft wide. The churchyard is now closed but the chapel still conducts baptisms and services once a month. The Boothby family plot is in an enclosed area at the east end of the church. The Chapel is ministered from Barwell, although in the past many parishioners used the church at Croft.
Access is fine, at weekends there is an empty car-park serving the industrial units now built in the Hall out-buildings which is free and it is then a short walk past the Hall to the chapel, there is a public right of way and walks across the fields in all directions. 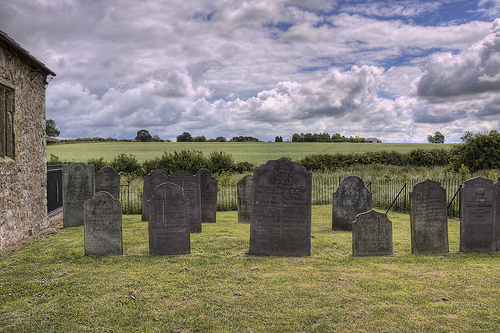 The small cemetary at the chapel, the village has long gone

There are some notes on the chapel at the site and it has a nice enclosed graveyard. The chapel has been looked after and is still in use which is good news, it is an unusual place of worship being so small and worth a visit if passing.
Nearest facilities are probably at Croft where there is a pub by the church there called the Heathcote Arms.
Open at least at weekends.