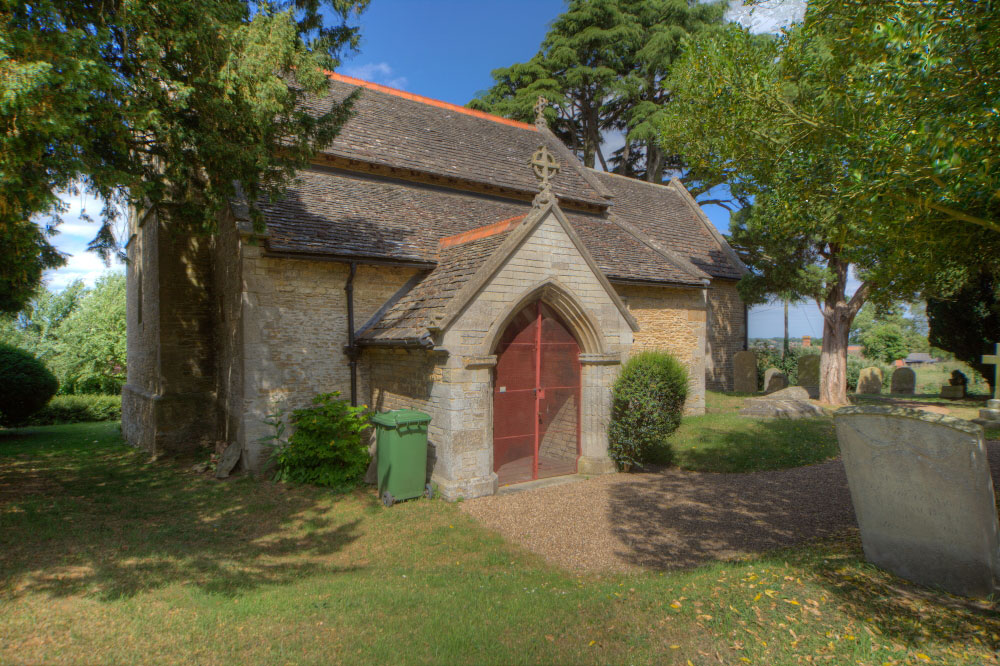 The small church at Pilton

This small hamlet in Rutland had a recorded population of 39 in the 2001 census. It is a few miles south of Rutland Water and is sited on high ground rising to 315ft.

The village is not mentioned in the Domesday Book but was probably part of Barrowden and held by the Earls of Warwick.
A Eustace de Pilton and Hugh de Pilton were witnesses to a charter to Robert Mauduit in the 13th century. Their son Bartholomew de Pilton in 1224 was inferred as the lord of the manor. He presented his brother Walter de Pilton to the church of Pilton in 1223, but the bishop would not institute him as he was not sufficiently literate. 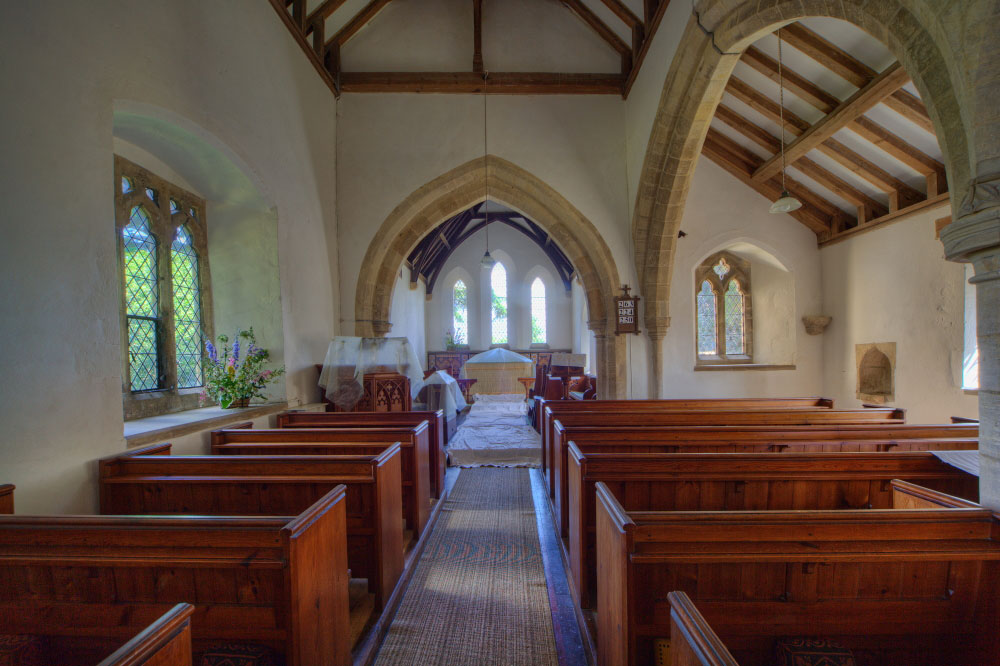 The plastered nave and chancel, the lancet windows are Victorian, piscina in south aisle

The ‘Uffington’ family held the manor in the 14th-15th centuries but by 1497 it passed to Thomas Bassett of Luffenham and then to Sir John Harrington of Barrowden in 1553.
The small church of St Nicholas has a nave, chancel, double bellcote south aisle and porch.
This simple building has plenty of character and the oldest fabric dates to the 13th century these being the doorways (north blocked) and the arcades. The walls are of rubble but plastered internally and the roof is slated. 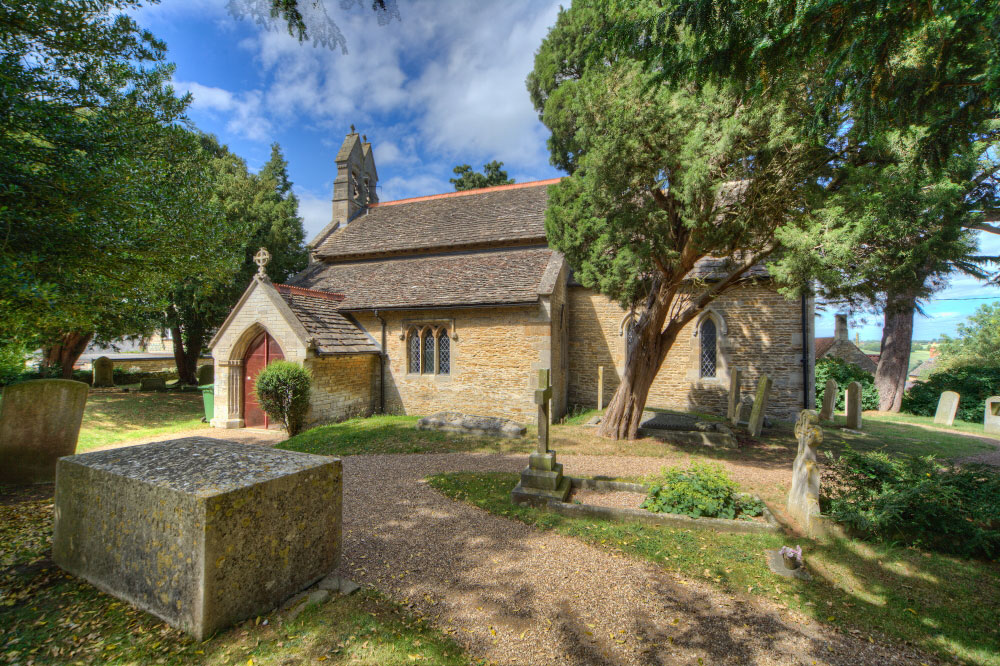 The bellcote has two bells neither of which are inscribed

The chancel was rebuilt in 1852 and in 1878 the church was restored and the porch rebuilt. The south aisle windows date to the 14th century as does the piscina in the south porch with its ogee arch. The chancel is in the style of the 13th century, with an east window of three lancet lights and two single lancets in the south wall. It has a plain coped gable, and the walls are without plinth, stringcourse, or buttress. No ancient features have been retained. The font is probably 13th century, a plain octagonal bowl with eight shafts – all restored. 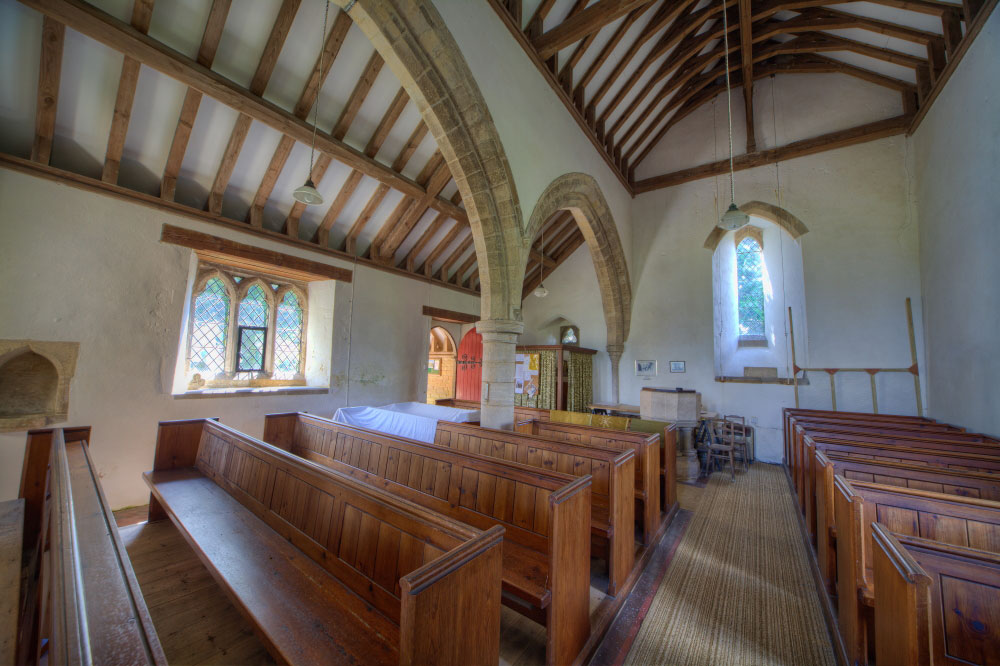 The church is usually locked (one of the few I have come across in Rutland) but there is keyholder information on the door and I was able to to visit. Parking is limited outside and there are no amenities in the village.
It does not have monuments or anything of special interest, but it is a pretty little church to visit and it is worth examining further if in the vicinity.