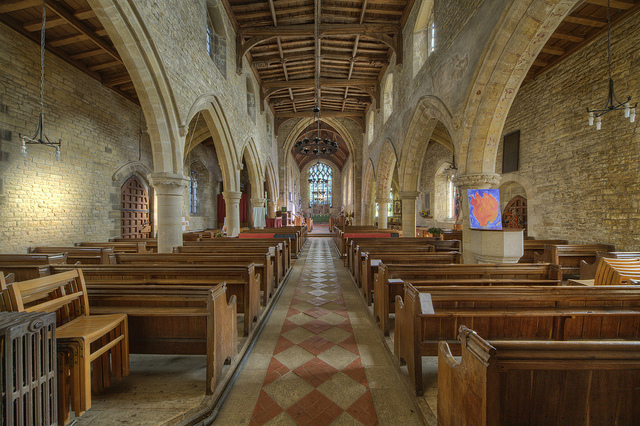 View down to west tower arch. The wooden furnishings are all Victorian

South of Rutland water and 5 miles east of Uppingham is the village of North Luffenham which had a recorded population of over 700 for the 2001 census.
The village is separated from South Luffenham by the river Chater and it has had a notable history. There are remains of a Anglo-Saxon cemetary to the north of the village dated to the 5th century AD and the village prospered during the Middle Ages. In the Domesday Book entry it is mentioned with the hamlet of Sculthorpe which now has completely disappeared. In 1086 the manor was owned by William the Conqueror who let it to a Hugh de Port a Hampshire land owner. 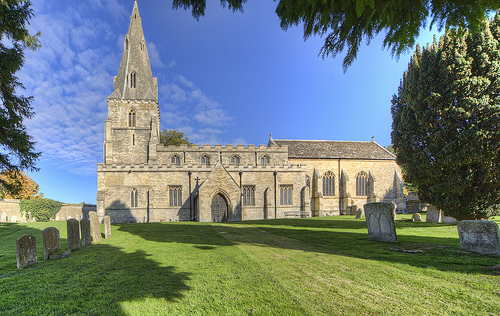 The manor was held by the ‘la Zouche’ family in the 14th & 15th centuries it then passed to the Harrington family in 1538 and then in 1599 to James Digby (his name is on the tenor bell).
James Digby married Katherine Digby, daughter of Kenelm Digby of Stoke Dry (see the Morcott entry for some interesting history on the Digby family).
James Digby and his son were recusants (people who refused to attend Anglican services) and as they refused to pay the £20 a month fine for this two thirds of their lands were seized. The Digby’s somehow kept hold of the manor until 1802 when it was acquired by Sir Gilbert Heathcote and then the Bassett family. 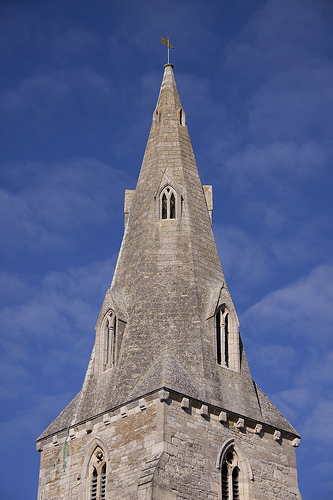 Another manor in Luffenham was held by the Lovet family in the 13th century and then the Bassett family right up until 1628 when the manor was sold to John Exton and then in 1636 it was sold again to Edward Viscount Campden. He gave North Luffenham to his younger son Henry Noel who made the manor his residence. In February 1643 the house was besieged by Parliamentary forces under the command of Thomas Lord Grey, son of Henry Earl of Stamford. Before commencing hostilities Lord Grey twice appealed to Henry Noel to surrender, but the terms were such that he could not accept and he refused. With only 200 men, friends and neighbours, illarmed, Noel had no chance against the 1,300 besiegers, and after holding out some twenty-four hours he surrendered. Terms were agreed upon which were not kept. Lord Grey’s followers entered and pillaged the house and some ten dwelling houses of Noel’s tenants and neighbours were burnt down and the inhabitants of North Luffenham village plundered of their goods and all their horses. The marauders next turned their attention to the church, where they defaced the monument to Noel’s first wife and did considerable damage to the old stained-glass windows.
Noel was sent to London and died there in July and was buried in Campden. 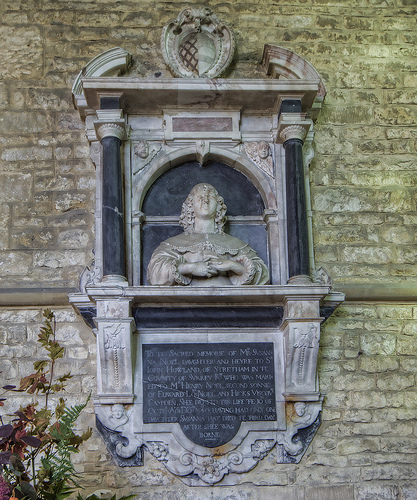 The Noels managed to keep the manor and they lived at Luffenham Hall until it was sold in 1729 to Sir Gilbert Heathcote. There was another estate owned by the prior and convent of Fineshade before 1223. After the Dissolution it passed through various families and merged with the Bassett manor. The original Luffenham Hall built around 1635 was demolished in 1806 although some outbuildings survive along Church street. The grand house to the east of the church is the 16th century North Luffenham Hall which was originally the Digby Manor house. 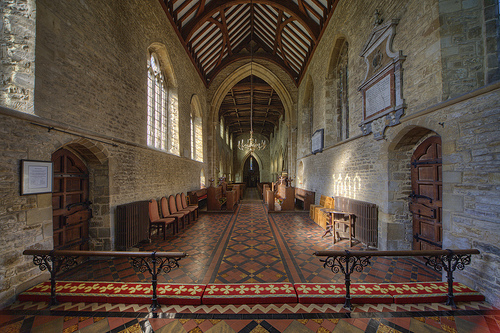 The church of St John the Baptist has some Norman fabric and consists of a west tower and spire, nave, large chancel, north & south aisles and porches. Most of the building dates from the 13th and 14th centuries when the 12th century aisle-less nave was enlarged with a north aisle and then in the 13th century a south aisle was added. At the same time the tower was built of three stages and with an unusual projection of the stair turret on the north west. The octagonal broached spire has three tiers of lucarnes.
The chancel was rebuilt in 1300-1325 with new windows and the sedilia is very fine. The clerestory was added in the 15th century and a roodscreen probably introduced. The font has a plain octagonal bowl and is probably 14th century but mounted on a modern stem. The Victorians in 1870-71 and 1874-75 stripped the walls of the plaster, removed the medieval screen and added fittings. There are some fragments of medieval glass and the medieval brass chandelier was a gift from John Digby. The memorial to Mrs Susanna Noel (d. 1640) with bust was damaged by the Parliamentarian troops during the ‘sack’ of the village as mentioned above. The east window is especially fine and there are some good corbels and other stone and wooden carvings throughout the church. There are also remains of some medieval painting on the arcades and stonework.
The Royal Artillery have a base at North Luffenham which used to be home to various air force squadrons. The future of the base may be in doubt.
I did like North Luffenham church it is full of character with some fine items of interest, always open during daylight hours and worth a visit.