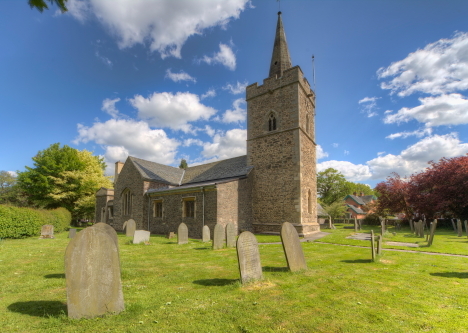 The small pretty village of Newtown Linford is closely associated with Bradgate Park, perhaps the most visited country park in the county. The first documented reference to the park is in 1241 when the Earl of Winchester is given rights to take deer with nine bows and six hounds. The village is not mentioned in the Domesday book, although this does not mean it did not exist, but is first mentioned in 1280 in documents. The village and park are closely tied with the Grey family, of whose most famous member was Lady Jane Grey who became queen for 9 days in 1553 before losing her head in 1554. 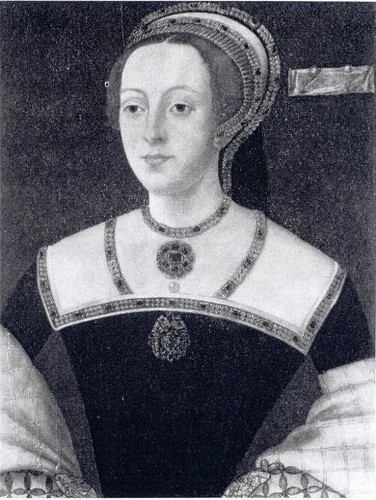 The Gray family acquired the manor of Groby (including Newtown Linford & Bradgate Park) in 1445 from the Ferrers by marriage. The Grey family backed the wrong side during the War of the Roses and they lost their estates and fled to the continent. However after Henry Tudor was crowned in 1485 Thomas Grey returned to England and enlarges Bradgate Park and starts the building of his brick mansion which now lies in ruins within the park. In 1501 the mansion is completed by his son, Thomas, 2nd Marquis of Dorset, his son Henry marries Francis daughter of Henry VIII’s sister Mary and they have three daughters of their own, Jane (the future Queen), Katherine and Mary. 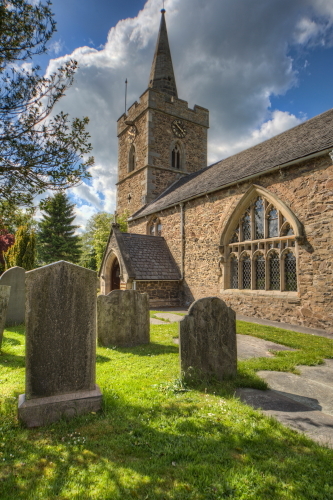 After the death of Henry VIII’s son, Edward VI in 1553 Lady Jane Grey (married to the Lord Guildford Dudley) is pronounced Queen but nine days later is supplanted by Mary Tudor. Jane is confined to the Tower of London. The Grey estates, including Bradgate, are confiscated. In 1558 Elizabeth I is made Queen and the fortunes of the Grey family are revived and their estates returned. The Grey’s were made Earls of Stamford but many of them decided not to live in Bradgate House and by 1740 it was boarded up. In 1928 the park was bought by a Leicester businessman and donated to the city. The Park retains much of its original landscape with small woods, grassy slopes and rocky outcrops. Red and fallow deer can still be seen feeding among the bracken. Grassy paths provide a variety of walks with views over nearby Cropston Reservoir and the city of Leicester. 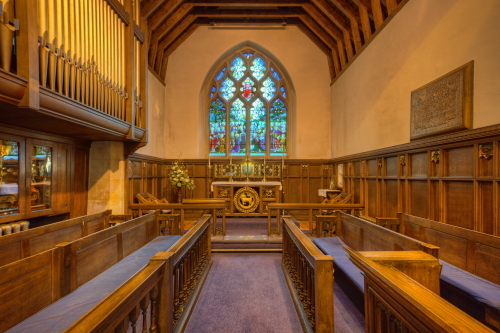 The church dates from the 15th century and consists of a west tower with small recessed spire, nave, north aisle, north trancept, south porch, chancel, organ chamber and vestry. The north trancept dates from late in the 15th century and is separated from the nave by an arch. The north aisle and chancel were built by Roberts & Simpson in 1894-95. The vestry and organ chamber were added in 1915. The church is rather quaint and has white washed walls and some other items of interest. The altar woodwork and paneling is very fine and added in 1915. 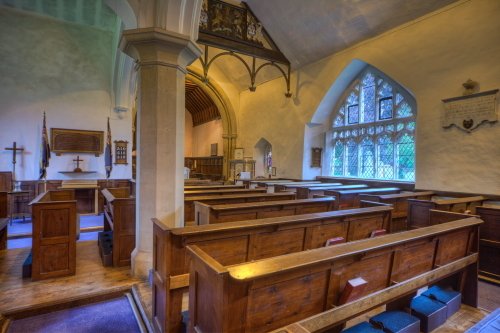 The fine 15th Century window in the south wall of the nave.

The large window in the south wall is 15th century and is very attractive. The chancel beam carries the Royal Arms of George I (1714-1727) which was later updated during the reign of George III (1760-1820) by adding the royal cypher G.R.III above the central crown. On either side of the panel there is a round shield bearing the arms of the Earls of Stamford, supported on the right by a unicorn and on the left by a satyr (half man, half goat). The east window was donated in 1915 as a memorial to Lady Jane Grey and shows Christ in Glory with a company of saints at his feet. Although Lady Jane Grey was never sainted she is depicted in the glass on the left in red holding a book. In the south wall is a war memorial window by Theodora Salusbury c. 1920. The porch was added in 1860 and the lychgate in 1921. 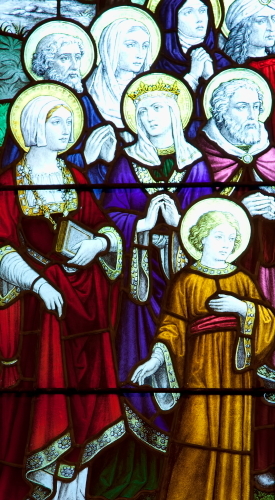 All Saints is a pretty little church with a well looked after churchyard and which is open every Saturday and Sunday afternoon during May-September. There is nearby parking in the Bradgate Park car-park (charges apply) and there are places to get refreshments around the church and also public toilets.
Many people visit Bradgate Park for a relaxing walk and to see the deer and the changing seasons, next time you visit on a Saturday or Sunday afternoon take a stroll back out the car park to the church next door and enjoy the peace and the quiet this church has to offer, it also has an interesting history and some fine features.