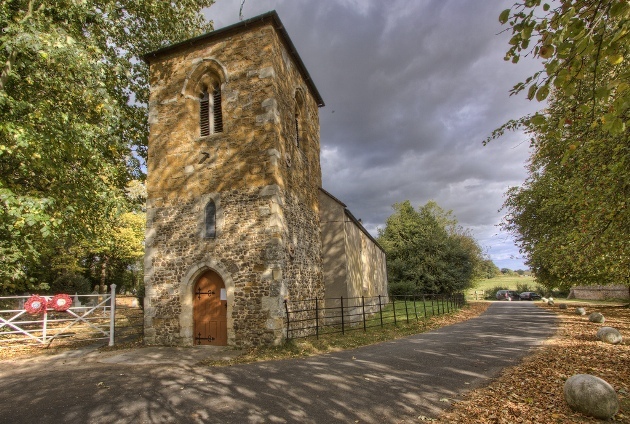 The pretty church at Newton Harcourt

Newton Harcourt is nearly 7 miles south-east of Leicester and its nearest neighbours are the villages of Great Glen and Wistow. Originally in the parish of Wistow, Newton Harcourt is named after Sir Richard de Harcourt who acquired the manor after marrying Arabell the daughter of Saher de Quincy, Earl of Winchester in 1240.

‘The chapel and one large old house stand very near, and on the south side of the Navigation, called The Union Canal; the other part of the village is on the North side the canal, to which there is a communication by a modern bridge of brick. The chapel and house before mentioned are situated between the navigation and the little river Sense, at a very small distance from each’. The above data was taken from John Nichols Book – ‘The History and Antiquities of the County of Leicester’ Vol II published in 1798. In fact this description still applies today not much has altered around the church for over two hundred years. 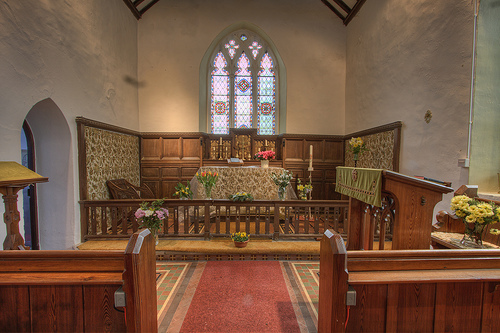 The Victorian restored chancel, most of the original fabric was removed during restoration

The manor house near the church dates from the 17th century but underwent alterations by Joseph Goddard in 1900 who lived there. The Goddards were some of the counties greatest Victorian restorers of churches and Joseph was probably the most inspired with his brick built church at Tur Langton (soon to be added) a fine example.

The church of St Luke’s has a 13th century tower, the rest of the church was rebuilt in a major restoration in 1834. The church consists of a west tower, nave, chancel, vestry and organ chamber. The upper half of the tower is built in ironstone whilst the older, lower part is rounded stones which may have been taken from the river. 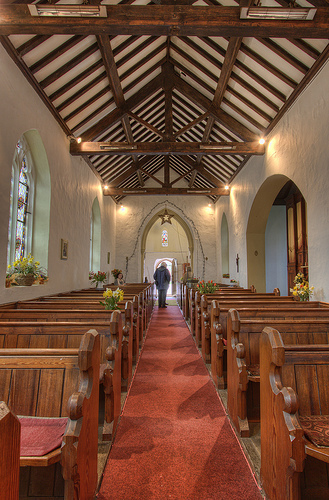 The doorway dates back to the 15th century. In 1619, general repairs were carried out and the church was re-painted. The church door and pews were repaired in 1626.
The pulpit dates back to 1777, as does the reading desk and communion rails. At this time, the old font was demolished, and a small modern one introduced.
In 1797, weatherboard was added in the belfry, and at that time also repairs were carried out to the roof. Further repairs were carried out in 1832, when new fittings and furniture were installed and two years later, in 1834, the gallery was erected in the lower part of the tower, followed in 1838 by a brick recess for the north door and a brick vestry.
In 1874, further renovations saw the gallery over the lower part of the tower removed, and it was in 1876 that the burial ground was consecrated. It was at about this time that burials ceased at Wistow. The organ, originally from Wistow Hall, was installed into the church in 1899. 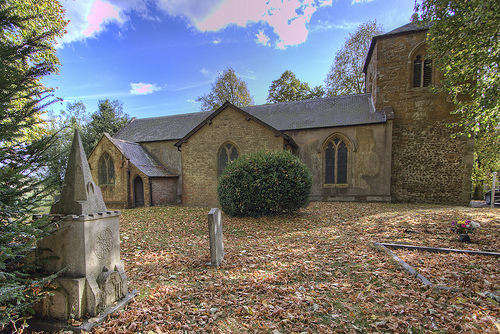 The churchyard has an interesting feature, the gravestone of Christopher Gardner in the shape of a miniature church who died aged 8 years old of Scarlet Fever on 20th September 1924. It was made by his father George Gardner a stone mason by trade who left his family to fight in France in WWI.
He suffered badly from the effects of gas and on returning to England was sent, by the army, to Wistow Hall to convalesce. He was befriended by Lord Cottesloe, who employed him as a clerk. Lord Cottesloe suggested that George should bring his wife and seven children from London to live in Leicestershire and offered to find them accommodation in Newton Harcourt. George accepted the offer, and the family arrived in 1916. On 22 May 1916, six Gardner children were admitted to Newton Harcourt School. The family expanded rapidly and soon outgrew their first home. They moved to two cottages in Long Row, Newton Harcourt, which had been knocked into one. School records for Newton Harcourt School, show that a further eight Gardner children were admitted between 1917 and 1932. There is more information on the gravestone and family at the link above where this information is taken from. 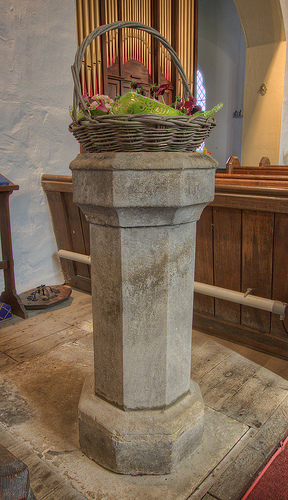 St Lukes is a pretty small chapel and is within easy walking distance from the popular Wistow church across the meadows. It makes a nice walk in dry weather and although St Lukes is unusually locked it does have the unusual gravestone to Christopher Gardner to admire in the pretty churchyard. There is a good cafe at Wistow garden centre nearby for refreshments.