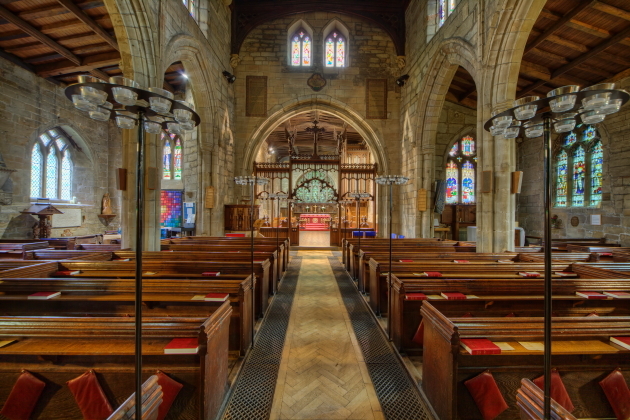 The pleasant town of Market Bosworth is of course famous for its nearby battlefield but the town is pretty enough for a visit on its own and the church of St Peter makes it doubly attractive.
The town is 10 miles to the west of Leicester and had a recorded population of 1,906 in 2001. There have been Roman and Bronze age finds in the vicinity and the village was well established before the Norman Conquest in 1066. Before the conquest one of the two manors belonged to an Anglo-Saxon knight called Fernot, after the conquest the manors eventually passed as a dowry to the Harcourt family. King Edward I granted a market to the town to be held on every Wednesday. 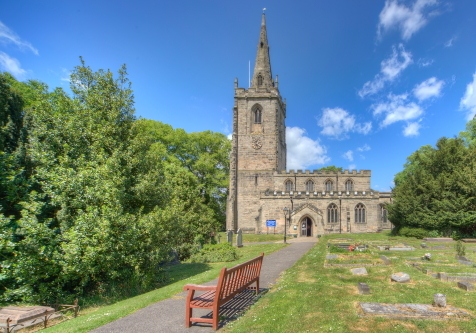 On the 22nd August 1485 the famous Battle of Bosworth took place in the War of the Roses where Richard III died and Henry Tudor became the first Tudor monarch of England. I have added a link to the battle site below for further information. In 1509 the manor passed from the Harcourts to the Grey family. Following the beheading of Lady Jane Grey it was confiscated by Mary I of England and it passed to Edward Hastings. It then eventually passed to the Dixie family who built several important buildings in the town. Several memorials to the Dixie family are in the church of St Peter which we will now concentrate on. 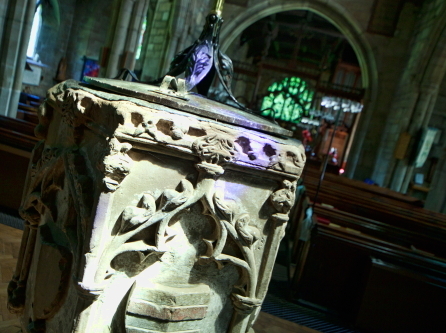 The church replaces an earlier structure and dates from the 14th and 15th centuries. It consists of a west tower, nave, north & south aisles, vestry and chancel. The tower dates from the early 14th century probably around 1325, at least in its lower storeys, the north aisle dates from the same period with the south aisle added around 1375. In the 15th century the clerestory was added and the roof raised, the original roof-line on the west tower above the arch can clearly still be seen. Also in the 15th century the chancel was renovated and the recessed spire added to the tower. There was a restoration by the Victorians in 1893 by Charles E. Deacon of Liverpool. Unusually there are two east windows high in the clerestory which are a pretty feature. The font is probably 14th century but the base may be older than the present church building. It is an impressive piece of work with its shields and carved columns. 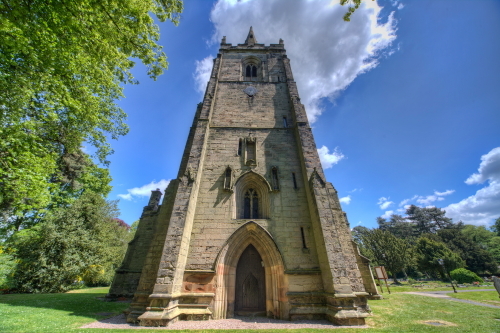 In the north aisle are memorials to the Dixie family. In the south aisle we have a ‘squint’ (more correctly a hagioscope meaning ‘holy seeing place’). It enabled the congregation and perhaps the priest, in the side chapel to see the elevation of the Host at the main altar during Mass. In the chancel we have a monument to the Rev. John Dixie (died 1719), with a semi-reclining, mourning woman and a slightly damaged cartouche over, this was moved in 1847 from the sedilia area of the chancel. The statues of Peter and Paul on the east chancel wall date from the 19th century, the east window is by Kempe from 1900 and there is another by Kempe in the south aisle. The remains of the rood staircase are in situ and externally you can still see the rood staircase turret projecting from the north wall of the nave. 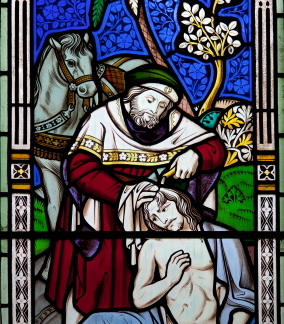 There is much to see and do around Market Bosworth, and with the Battlefield nearby, the pretty town itself as well as other places of interest (and walks) around the town you could spend all day there. The church itself has several items of interest and is a peaceful building with character. If you are visiting the battlefield or just the town, this church should be on your list to visit. There is limited parking by the church and the church is open every day during daylight hours. There are plenty of places in the town to shop and find a bite to eat.