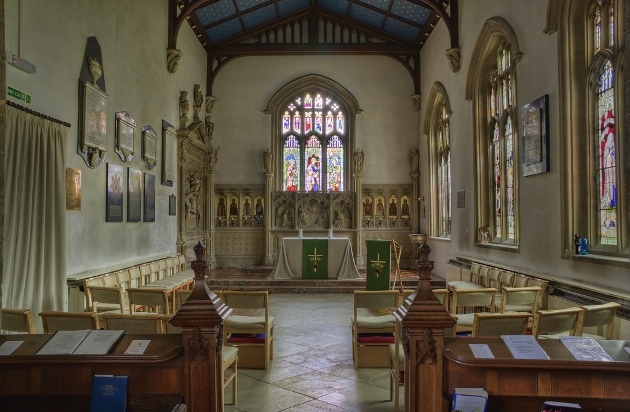 The chancel of the original priory serves today as a chapel

Originally a Augustinian priory which was built between 1119 and 1125 by Richard Bassett, at the Dissolution it passed to Thomas Cromwell who built a mansion on the ruins. It passed through several hands and the house here today dates from the 17th century with some earlier fabric and some modernisation mostly from the 19th century. 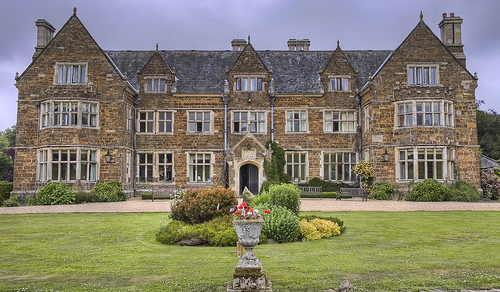 The 17th century front of the Abbey, the chapel dates from the 12th-13th centuries

The house was donated to the Diocese in 1958 by a wealthy Leicester industrialist for the original intention of making it the Bishop of Leicester’s Palace although this did not occur. Today Launde Abbey is a retreat and conference centre for the Diocese’s of Leicester and Peterborough and is set in glorious parkland and the beautiful countryside of east Leicestershire near Oakham. 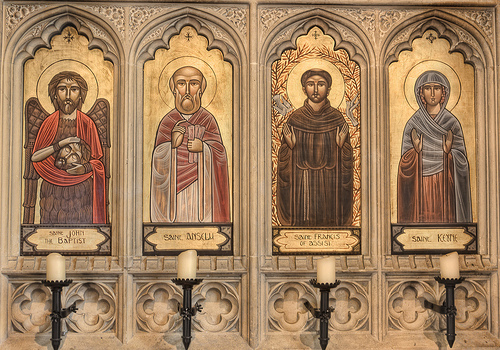 The Chapel is the only part left of the original Priory Church and dates mainly to the 12th and 13th centuries. The original Priory Church was three and a half time the width and extended a chapel’s length into the gardens and then along the side of the house and half way up the drive. The Priory Church was knocked down by Gregory Cromwell and his son Henry, in the 1540’s and 1550’s. It has been restored and altered in subsequent years but many original features remain including stained glass in the top lights of the east window dated to around 1450. 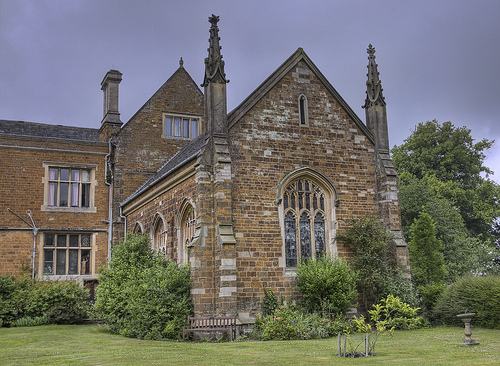 External picture of the chapel

At the west end there is a monument to Gregory Cromwell 1551, according to Pevsner ‘One of the purest monuments of the early Renaissance in England, very grand and restrained’. In 2006 they placed icons of certain saints to the left and right of the altar which are beautiful additions to the chapel, which in all is a very fine building.

The Abbey and Chapel are open on certain days to the public and they have a calender on their site when you can see when these are happening. I would like to thank the Warden, for his time and help in giving me access to photograph the chapel, I hope to return again soon to enjoy the peaceful surroundings of Launde Abbey without a camera.