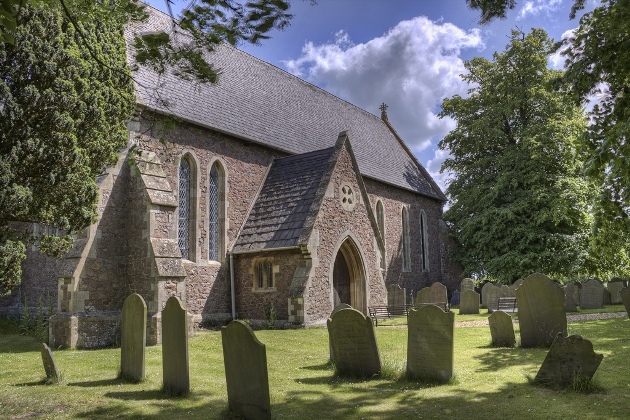 Kilby is 6 miles south-east of Leicester and is a small village of around 300 people. Kilby is in the Domesday Book as ‘Cilebi’ but the name of the village is probably Danish in origin as denoted by the ‘by’ at the end of name. The manor of Kilby may have belonged to nearby Wistow in earlier times, it is recorded that in the 19th century much of the village was part of the Wistow estate and many of the workers and servants lived in Kilby. 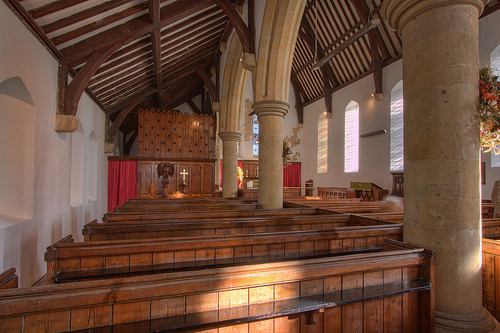 The north aisle and view across nave to chancel

The church of St Mary Magdalene replaces an earlier church which was built in 1220 on the same site. It had a Norman arcade and a brick tower built in 1815. Originally the church was surrounded by the village but like some other villages (such as Bruntingthorpe and Loddington) the village itself migrated eastwards. This could have been for a variety of reasons but the most likely answer is the Plague that swept England in the 14th century which could have depopulated the village. 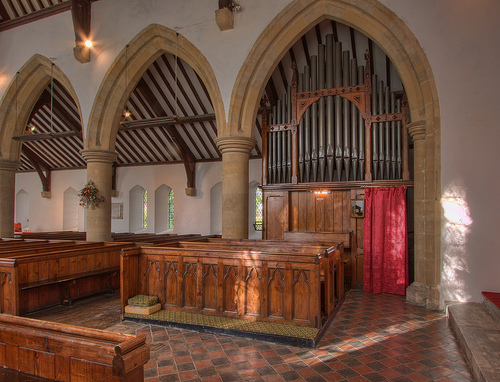 The north aisle arcade, the original church on the site dated from 1220

The church today dates from 1857; it was recorded by Henry Kebble that “the inhabitants of Kilby have taken down their church with the design to re-build it. The first stone of the ediface was laid this day by Ursula Elizabeth Halford of Wistow Hall, the patron of the incumbency who gave a large magnificent contribution to the expenses of the building”.

The cost of the church was £1500 and it consists of a large nave, west bellcote, north aisle and chancel. They recently have been having some problems with damp and this has revealed the original Victorian paintings on the east wall – they can be seen in the pictures below. They are soon to be whitewashed again and covered over. 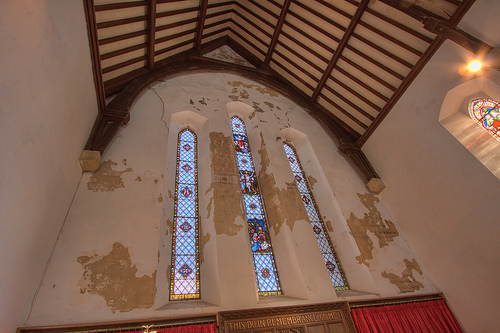 I have passed through Kilby so many times on my travels and always missed the church which is tucked away along a side road. It is a pretty building and although it may not be as grand or as old as its neighbouring village churches it still has character and is in a quiet peaceful location. This church is not normally open but it is still used for services. There is some limited parking by the church and access around the church is fine. There is a pub in Kilby and nearby is Wistow with its garden centre and cafe.