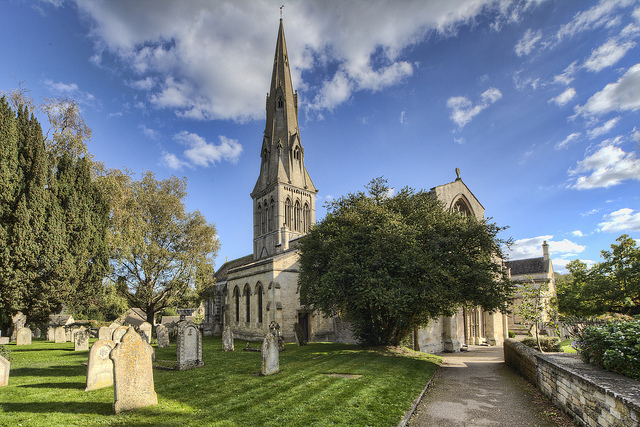 This church was a great surprise. I usually lookup the churches first before I visit but I was rather busy so just headed out with a list of churches near to each other in Rutland. On finding the church down a side street I was first struck by the size of the church and then by the fantastic tower and spire. Surrounded by fine 17th century houses it really is a beautiful building that requires a visit to admire the workmanship of the exterior and also all the interesting interior features as this church is usually open. Even better there is a pub called the Railway next door. 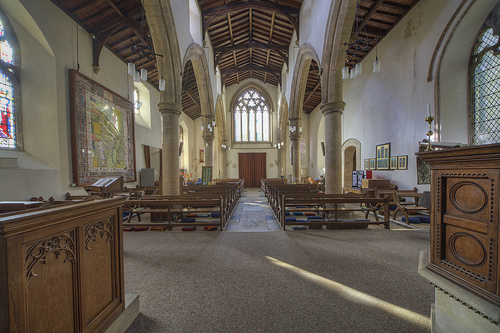 The village is in the Domesday Book and a priest was mentioned, there was probably a Saxon church on the site before this building was erected – but we could say that about most churches. In 1146 the church was a prebend of Lincoln Cathedral. 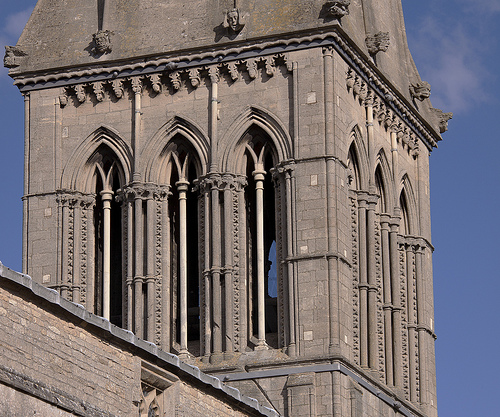 The church has a central tower with transepts in the cruciform plan and is the only church in Rutland with such a design. The magnificent spire reaches to a height of 148ft, and rests on four arches with triple shafts inside. The bell-openings have two tall windows with Y-tracery and the richest shafting, shaft-rings and dogtooth. There is then an arched frieze and the broach-spire with three tiers of lucernes in alternating positions with canopied niche and statues, these are the Blessed Virgin Mary on the SE, the Angel Gabriel on the SW, St Paul on the NW and St Peter on the NE. It is estimated the tower and spire alone took 50 years to build and it dates from the 14th century. 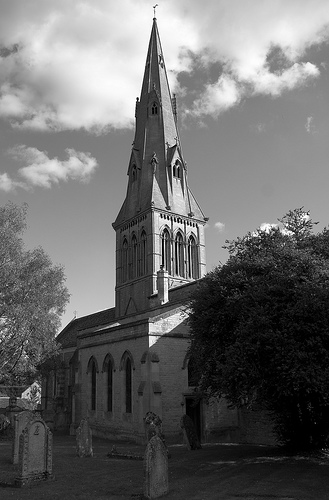 The fantastic spire at Ketton

The plan is a nave with north and south aisles separated by tall arcades, central tower flanked by a north and south transept and then the chancel. There is also a vestry off the north aisle.
Originally in the 12th century the church was aisle-less but in around 1220-1240 the tall cylindrical columns and arcades were installed to form the aisles. On the 7th October 1240 the church was rededicated by the Bishop of Lincoln perhaps on the completion of this major building work. The clerestory was later added in the Perpendicular period (15th century).
The church was restored by G. G. Scott in 1861-62 and much of the window tracery including the great west window and the north aisle windows are his. The chancel is almost of entirely of T. G. Jackson’s restoration of 1863 and the pretty roof decoration with angels was designed by Sir Charles Nicholson in 1950. 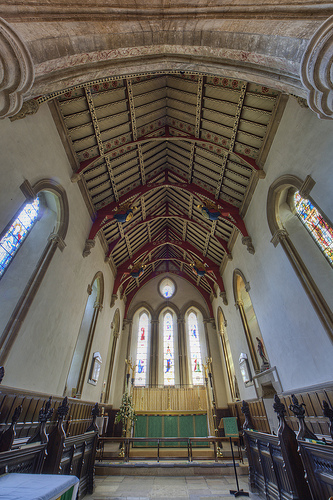 The octagonal font dates to the 14th century and there are some large pieces of earlier Norman decorated stone above the arch at the east end of the south aisle. This arrangement supports a walkway leading to a wooden catwalk which gives access to the ringing chamber through a round headed Norman door. I think those with a fear of heights would not get up there! 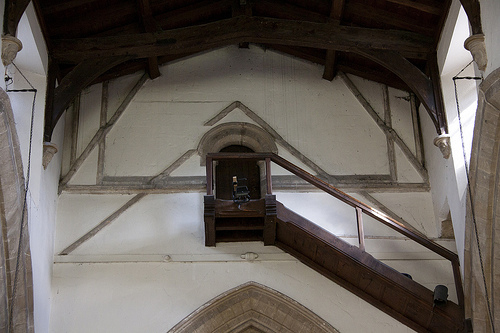 You can also see the previous rooflines clearly above the door. The stained glass at the east end of the south aisle was designed by Niniam Cooper in 1917. The south porch is 13th century with a medieval wooden door inside and central opening. There is niche and statue of the Blessed Virgin and child above the door. 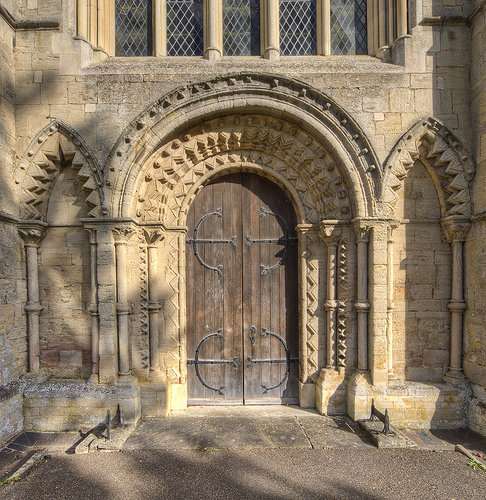 The west end has a fine arched doorway with flanking arches, date probably around 1190. Some of the churchyard was removed when the road was widened; there is a plaque by the lynchgate about this event. The churchyard has some fine headstones and monuments and is worth a walk around.
This grand church has many features of interest and is a beautiful building that is there to admire. If you are a photographer, take your camera there are many great opportunities at this church and the village is pleasant to walk around so take your walking stick as well. No hesitation, no excuses just go and visit, you will not be disappointed and there are plenty of other great churches in Rutland open everyday nearby. Visit.