Illston on the Hill St Michael & All Angels

Home » Directory » Illston on the Hill St Michael & All Angels 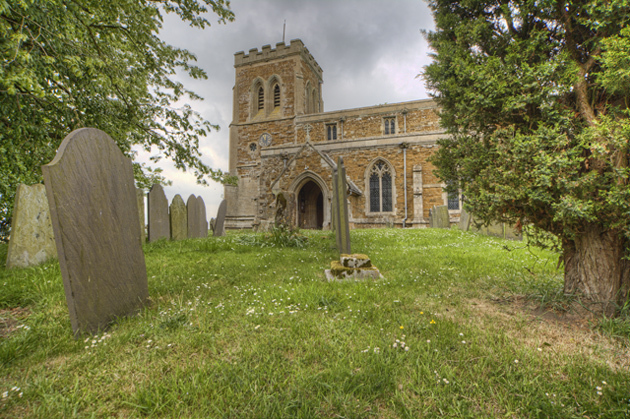 Eight miles south-east of Leicester is the small village of Illston on the Hill. It was originally called Neverston or Ilveston and in 1086 the population was recorded as 22 today the population is a few hundred.

The village stands on the spur of a hill over 550ft high and its nearest neighbours are Kings Norton and Gaulby. The village was formerly a chapelry divided between Carlton Curlieu and Noseley but by the end of the 18th century was an independent parish. 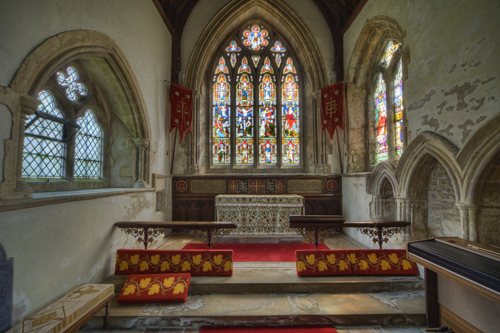 The chancel has some original sedelia and a piscina , the floor has been raised.

In 1231 part of the estate at Illston passed to the priory (later abbey) of North Creake in Norfolk which held the manor through the Middle Ages. However in 1507 the estate was handed back to the Crown after the members of the priory had died in an epidemic. The church of St Michael consists of a tower, nave, south aisle, chancel and porch. The earliest features date to the 13th century, especially the west tower and some tracery in the windows of the chancel. 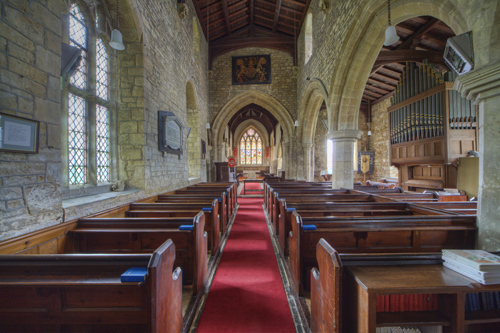 View fron nave to chancel, the coat of arms of George III can be seen above the arch

The font may pre-date the present building, it has an unusual triangular base and is probably dates from 1200 or before. The south arcade was added later as was the 15th century clerestory when the roof was heightened. The old roof line can clearly be seen at the west end of the nave. In 1866-67 the Goddards completed a major restoration on the church but retained much of the original features. 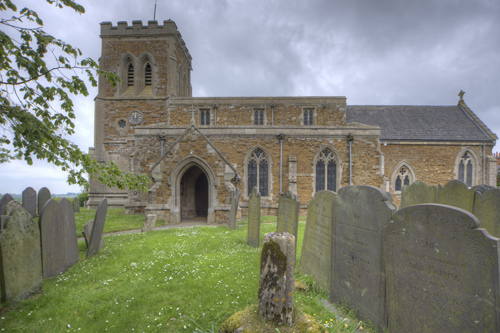 The south view, the stump of the ancient cross can be seen in the foreground.

At the end of the 18th century the church contained numerous memorials to members of the Needham family, dating from between 1617 and 1758, many of which have now disappeared. In particular there was a handsome wall tablet to Elizabeth (d. 1639), wife of John Needham, bearing the figures of herself, her husband, and their 6 children. All these have now disappeared unfortunately. 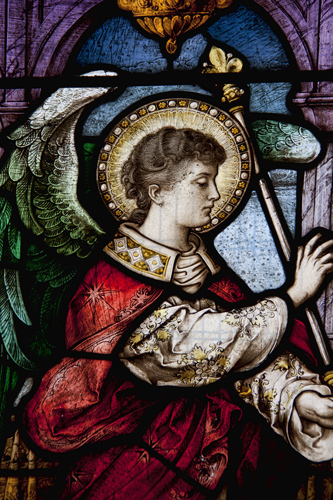 detail of some stained glass from the chancel.

The church has some Victorian painted boards in the nave and south aisle; there is also a royal coat of arms from 1777 of King George III. Behind the pulpit are the remains of a rood staircase which gave access to the rood loft all now gone of course as these were removed after the reformation.
The church has some interesting features and is well maintained. The exterior south wall also has some fine gargoyles and in all it is an attractive building. There are also remains of the stump of an ancient cross in the churchyard just south of the porch. There is parking outside but the church is usually locked. There is a pub in the village so there are facilities if required nearby.

Toni Smith
If you would like to see the transcriptions of monuments in side the church and in the churchyard go to http://www.leicestershirevillages.com/illstononthehill/illston-church.html