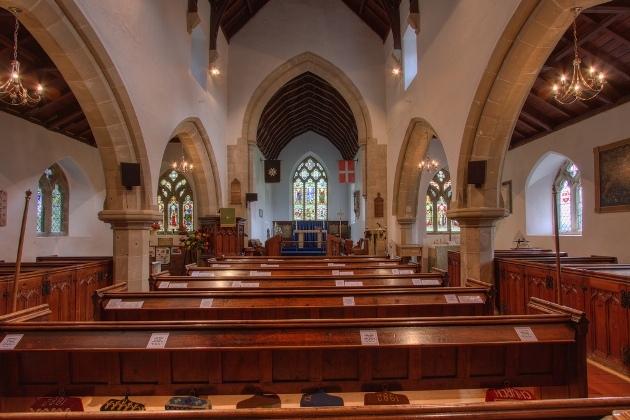 Some 13 miles north-west of Leicester lies the small village of Heather (pronounced ‘Heether’). Its nearest larger neighbour Ibstock is a couple of miles to the south-east. In the Domesday book of 1086 the village is called Hadre meaning the heathlands. It has seen coal mining and brick works in its past and is situated next to the Sence Valley Country Park which was home to a large open cast coal mine which removed 8 million tonnes of coal. It has now been landscaped with a lake, trees and open land with plenty of walks. 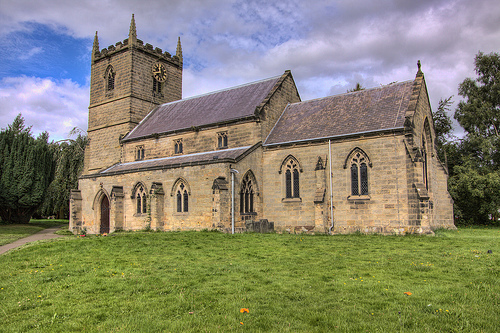 The church of St John the Baptist is of the English Decorated style which dates between 1275 and 1380. The earliest parts of the church are the nave and south aisle which date from this period. The clerestory windows were added in the 15th century as well as the tower. The church consists of a west tower, nave, north & south aisles and chancel. In 1846-47 the church underwent restoration by a H. I. Stevens of Derby, the chancel was rebuilt, the north aisle added (in Decorated style) and a short recessed spire removed. There is a piscina in the south aisle and in the chancel a monument to a Stephen Everard (died 1615) who is represented with his wife and seven children in the attitude of prayer. 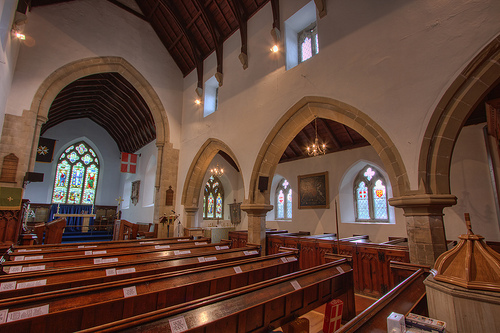 South aisle and the clerestory windows in nave

In 1885 the chancel was decorated at the cost of the rector, a remarkable beautiful stained glass window by Burlison and Grylls was inserted to the memory of three previous rectors. The font probably dates from the Victorian period although the base may be older. At the west end of the church is a fine organ gallery, this was erected as a memorial to those who lost their lives during the two World Wars. The clock has recently been re-gilded and there was scaffolding around the tower a week before my arrival. 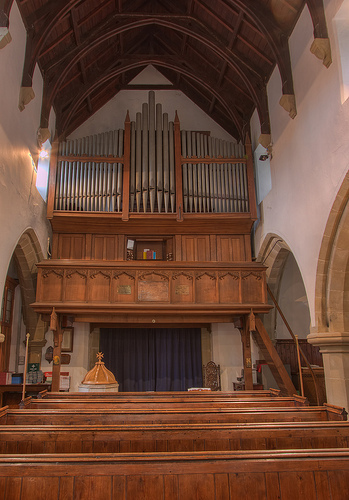 Although Heather does not have great monuments or outstanding architecture the church of St John the Baptist at Heather is very pleasant. With its whitewashed walls and windows it is an attractive church. There is parking on the road outside and there are amenities in the village.