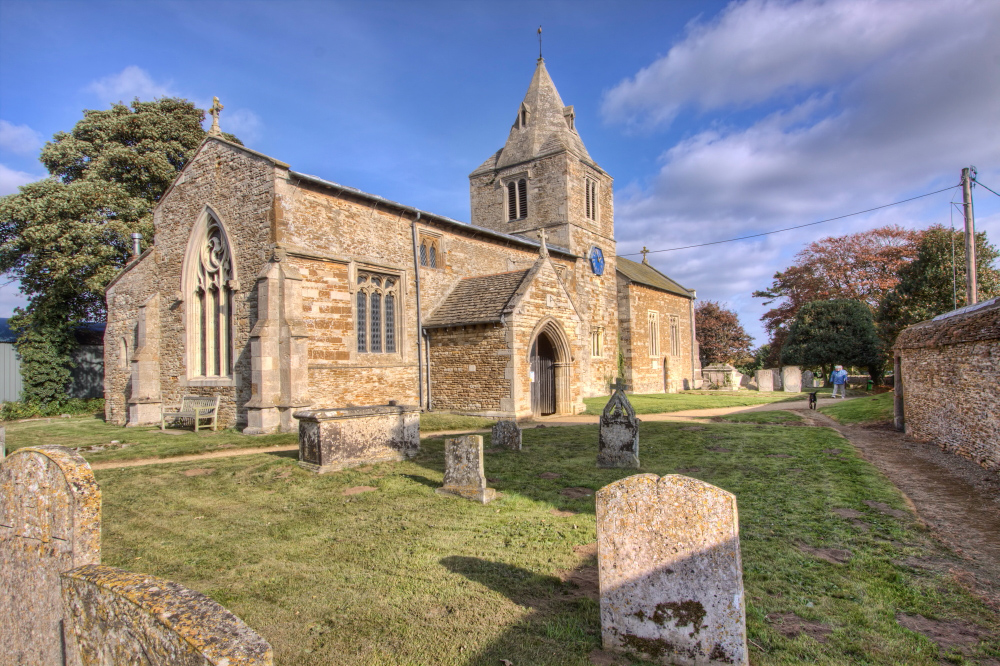 South view of Glaston with the central broached spire

Approximately two miles east of Uppingham is the village of Glaston. It is bisected by the busy A47 and the population is a round 220. The area has been inhabited for thousands of years in 2000 a excavation uncovered ancient remains from the last ice age. There is a link to the web site where further information can be read on the excavation.

Back to our near history and I do include the Norman Conquest as being near. In the Domesday book Glaston was divided between the king and the Countess Judith it changed hands many times and more can be read on the British History site where much of this information was taken from. 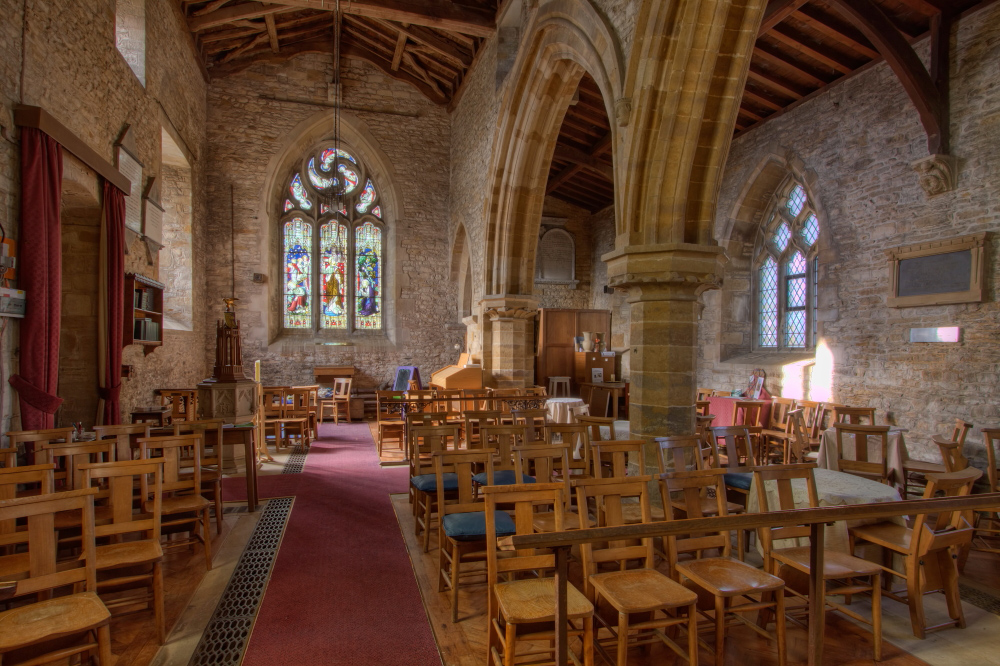 Nave and north aisle, the church has a nice ‘cosy’ atmosphere and is well supported

The church lies to the north of the village away thankfully from the busy A47. It consists of a chancel, central tower with broach spire, nave, north aisle and south porch. This is the first mid tower church I have been to and I found it very pretty. The tower dates from the 12th century as does the chancel which was probably the earliest part of the church.
The north aisle was added in around 1200 and there is a small vestry at the east end of the aisle. In the 14th century the church was in a great measure rebuilt and assumed more or less its present appearance. This rebuilding, or remodelling, was begun about 1340–45 by the widening and extension eastward of the aisle, which was made to overlap the tower on its north side, the intention being also to lengthen the nave by a bay. In the 14th century the clerestory windows were added. 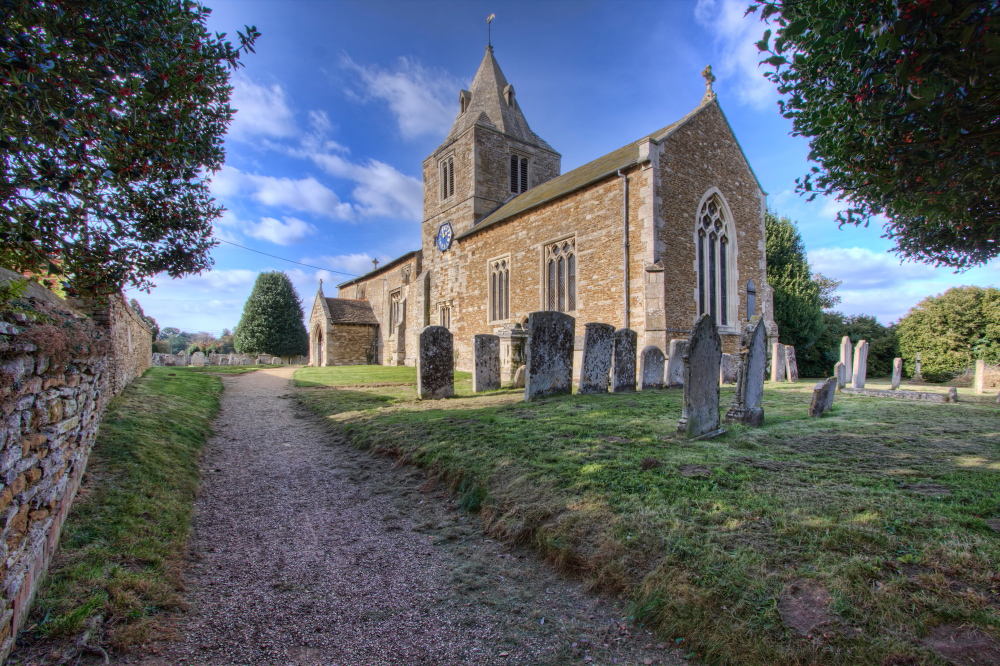 View from south east entrance showing with the chancel

The chancel was also rebuilt and enlarged in the latter half of the 14th century, possibly at the same time as the nave, or shortly after. It was widened by building the new south wall outside the old one, covering the south-east angle of the tower, but the west wall was rebuilt on the old foundations. Of the former chancel nothing remains.
No structural changes of importance were made in the 15th century, though a new window appears to have been inserted in the aisle, and a rood-loft, of which traces remain, was probably first erected. In the 16th or early 17th century, new windows were inserted in the bell-chamber and in the lower stage of the tower, and the east tower arch was remodelled. The porch is said to have been rebuilt in 1622, and in 1699 a singing gallery was erected at the west end of the nave. The chancel was restored in 1863, and the nave in 1864. At a later restoration, in 1880, the porch was again rebuilt. 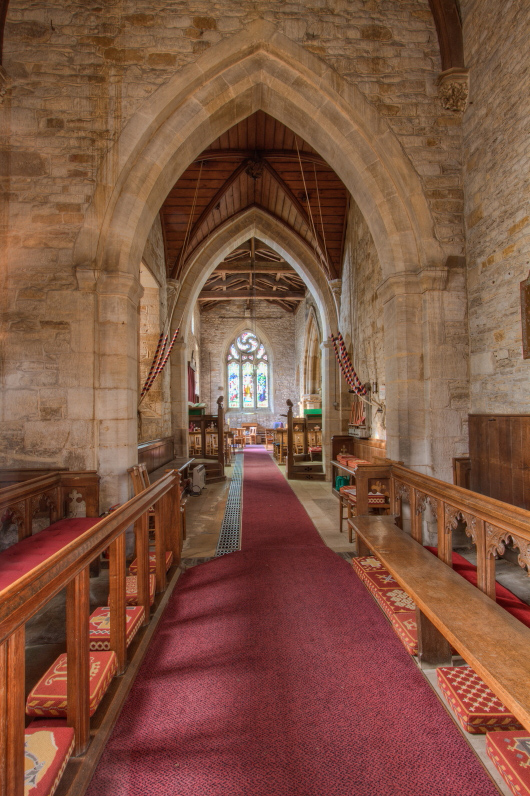 There is a public house in the village and parking by the church. Access is fine for wheelchair users and the church is usually open which gladly seems to be the accepted standard in Rutland. The church has much character and with its unusual central tower is worth a trip out.