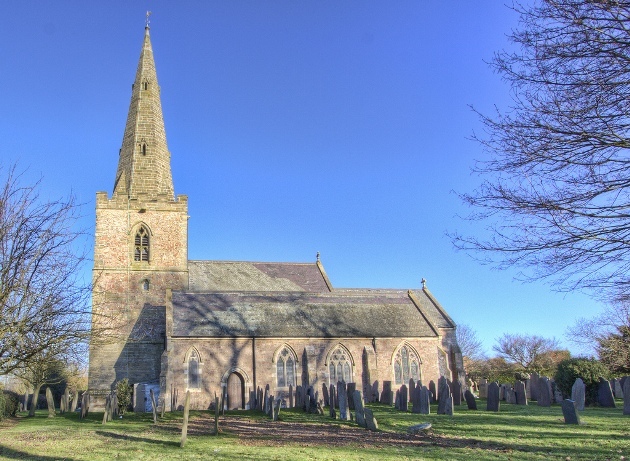 Gilmorton slated Church of All Saints

Some 10 miles south of Leicester is the village of Gilmorton. It is recorded in the Domesday Book and has a population of around 900 people. There has been some modern development to the east of the village but the village still retains a rural charm.
The name may derive from the Anglo-Saxon ‘gilden’ (or glyden) meaning golden, and ‘morton’, a town on the moor. There are some earthworks (raised mound and perhaps moat) in the field near to the west of the church which may signify a former small ‘motte and bailey’ castle. It is worth a walk around if you visit the church. 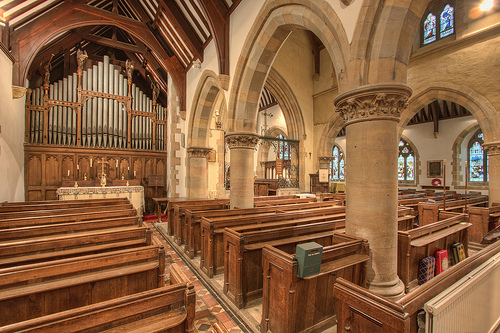 The north arcade and the large organ which fills the chamber

The church at Gilmorton has been heavily restored by the Victorians. The church consists of a west tower and spire, north & south aisles, chancel and vestry. There are some early 14th century fabric in the three bay arcades but then we must go to the Perpendicular tower (15th century) to see the next oldest part of the building. The rest of the church dates from rebuilds and renovation work carried out between 1860 and 1909. 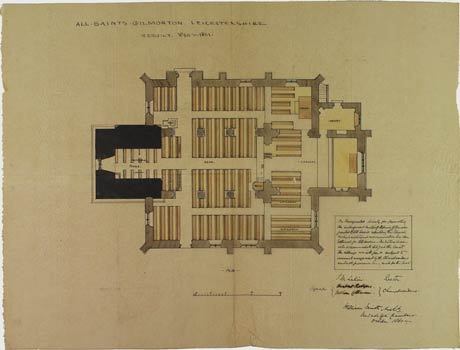 The 1861 drawing above shows the plan for the ‘new’ church carried out by William Smith, this included a major rebuilding of the aisles, chancel and nave. In 1897 the north porch was added and in 1909 the recessed spire was rebuilt by C. A. Bassett-Smith. All the furnishings and fittings date to the 19th century, the stone carver was named Poole, and the woodcarver Forsyth.

The stained glass is mostly later than the 1861 rebuild, the east window was by Burlinson & Grylls (1878) and most of the others by Kempe & Kempe & Co between 1884-1906. Pesvner described Gilmorton as rather a ‘sombre’ church due to the stained glass. I agree up to a point but I do not think it is due to the stained windows some of which (The Ascension) are fine but perhaps due to the general ‘Victorianization’ of the church that occurred from 1860 onwards. There is no doubt that the church probably needed renovation during this period but they could perhaps have kept more ‘character’ with some of the original features. 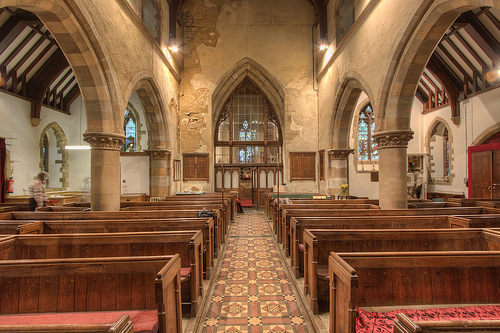 View down nave to west tower, there are ongoing repairs to the walls as shown

The church is supported by the local community and they have installed modern amenities in the church which is good to see. There is limited parking by the church but access is fine. There are a couple of good pubs in the village, The Crown Inn and the Red Lion are near and serve good food and ales. The church is usually locked but there are keyholders listed on the porch so you gain access if you would like to visit.

The church at Gilmorton is usually LOCKED. More information here.