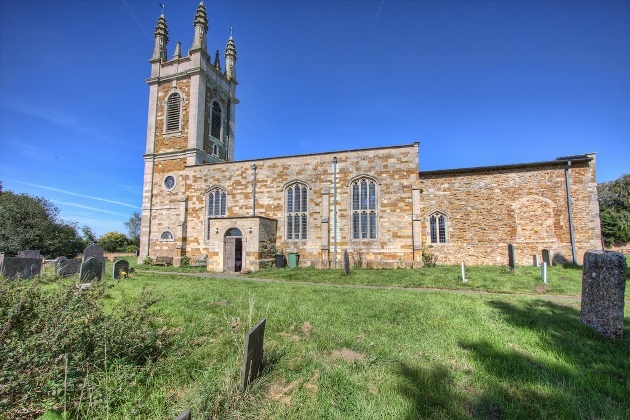 South view of Gaulby Church with its fantastic pinnacles

The village of Gaulby (which was also spelt as Galby) is just over 7 miles east of Leicester and according to the 2001 census the population was 131. In 1086 the manor (called Galbi) was held by a Hugh de Grentesmesnil, he was born in Normandy in 1030 and died in Leicestershire in 1094 he came over with William the Conqueror in 1066 and as a reward during the Conquest was given much land in Leicestershire and further afield. 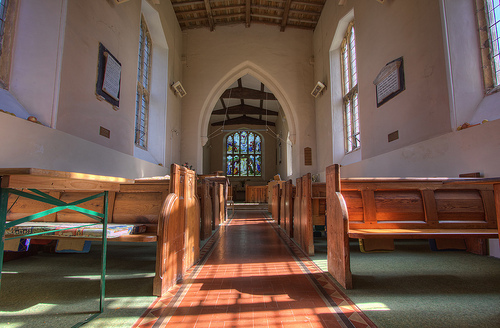 Plain interior which was modernised in the 1960’s

During the time of Henry II the church in Gaulby was given to the leper colony hospital at Burton Lazars. In the 12th and 13th centuries the manor was held by the Earls of Leicester and then passed through various families until 1610 when it was bought by William Whalley, Lord of the Manor at Kings Norton nearby. They then passed to William Fortrey (his mother was a Whalley) who redesigned the church into much of what you see today (externally), he also built the beautiful nearby church at Kings Norton. 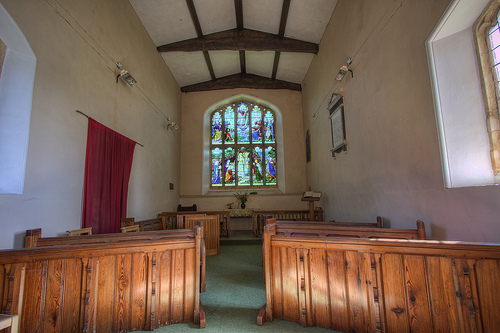 Chancel which was not rebuilt during the 1741 restoration

There are records of an earlier church here in the 12th century, but no trace of this exists in the current structure. The chancel dates from the 16th century and is mostly untouched by the later rebuild in 1741.
The church consists of a west tower, nave, chancel and south porch. The major rebuilding in 1741 caused friction between the rector at the time and William Fortney and the chancel was left untouched. The architect was Mr Wing from Leicester who’s son would go on to rebuild Kings Norton church for Fortney in 1770. The brown ironstone comes from Billesdon Coplow and the cream stone probably from Stamford or Ketton in Rutland. 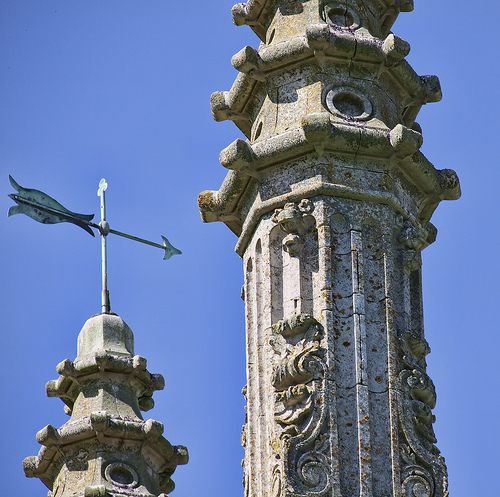 Here we can see the elaborate pinnacles

The major addition is the tower with its elaborate decorated pinnacles which look overlarge for the tower but are an interesting feature.
The inside of the church has suffered in my opinion, in 1960 the boxed pews were removed and there is plain modern woodwork which although may be practical does nothing to add to the ambiance of the building. Externally the church has architectural merit but inside I had the expectation of finding some fine Georgian interior but was rather disappointed. However we must all remember that churches are ‘living’ buildings and must continually change and adapt themselves as they need to. They were built and are kept for the Glory of God and we must all respect that.
There is parking nearby and the church is open every Saturday (14:30-16:30) during the months of May to August for teas. There is also a disabled toilet in the church.